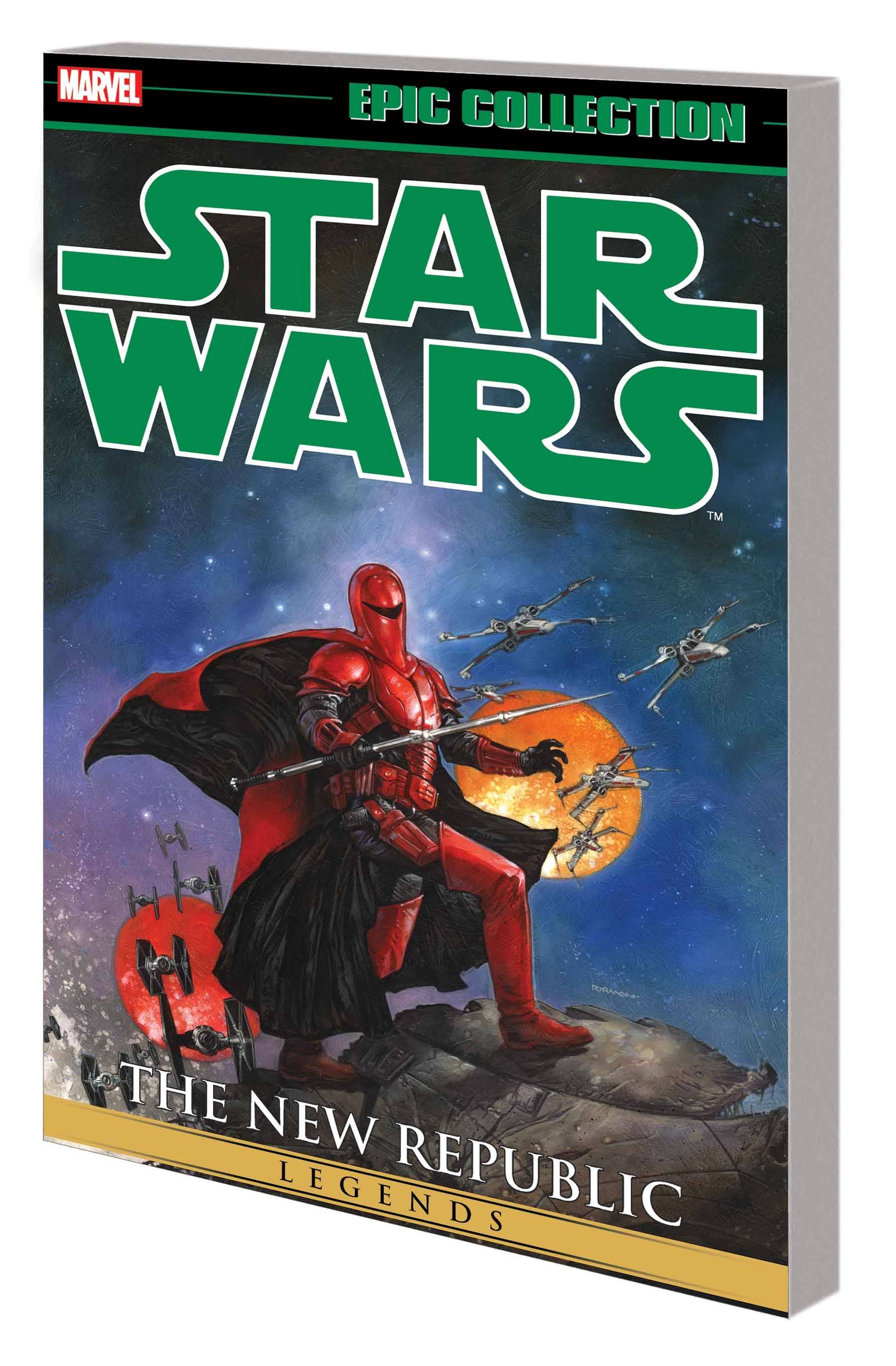 #
JUN221106
(W) Mike Richardson, Randy Stradley (A) Paul Gulacy, Various (CA) Dave Dorman
The Crimson Empire trilogy! All the members of Emperor Palpatine's elite Royal Guard have been hunted down and killed after his death, except one: Kir Kanos, the Emperor's most loyal soldier. The man behind the murders is fellow guardsman Carnor Jax, now part of the Imperial ruling council, who wants the throne for himself. Kanos must escape Jax's grasp and find new allies - and a new identity as bounty hunter Kenix Kil! But Kanos' quest puts him in the crosshairs of both the remaining Empire forces and the leaders of the New Republic: Leia Organa, Han Solo and Luke Skywalker! Collecting STAR WARS: CRIMSON EMPIRE #0-6, STAR WARS BOUNTY HUNTERS - KENIX KIL, STAR WARS: CRIMSON EMPIRE II - COUNCIL OF BLOOD #1-6, STAR WARS: CRIMSON EMPIRE III - EMPIRE LOST #1-6 and material from DARK HORSE EXTRA #21-24 and DARK HORSE PRESENTS (2011) #1.
Rated T
In Shops: Oct 05, 2022
SRP: $44.99
View All Items In This Series
ORDER WISH LIST