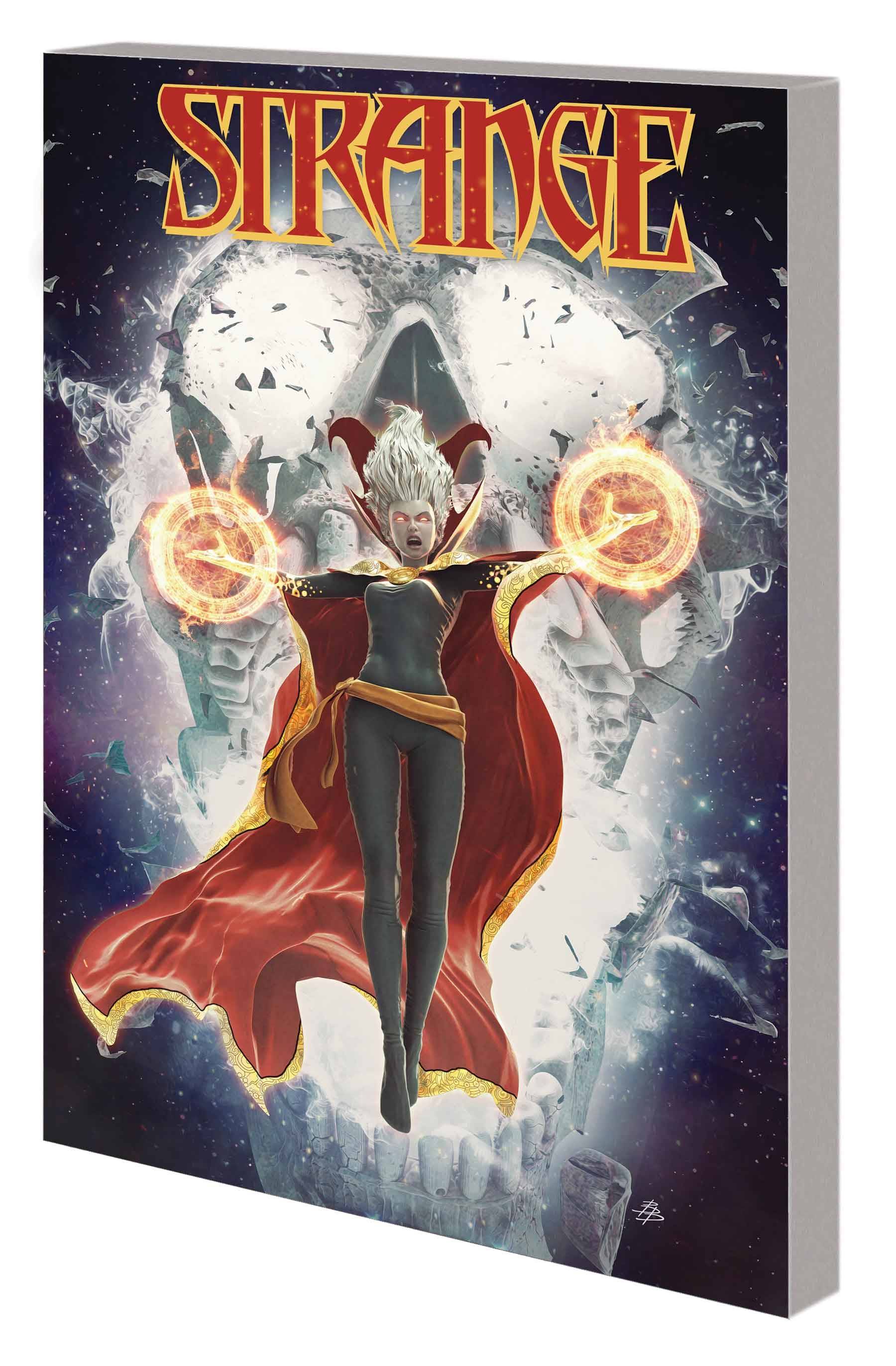 #
JUN221089
(W) Jed MacKay (A) Marcelo Ferreira (CA) Bjorn Barends
Doctor Strange is dead - long live the Sorcerer Supreme! Or should we say... Sorceress? Haunted by her recently returned memories, Clea longs to bring Stephen Strange back from the grave. But when a dangerous group targets Earth, she must rise to the task of being the planet's sole defender against otherworldly magical threats! Clea comes face-to-face with the mysterious Harvestman as they both face off against a familiar undead foe - and finds herself caught in the middle when mortals target monsters! But just as Clea begins to uncover ways to bring Stephen Strange back to life, another impossible assault upon the magical realm rears its head. Clea must face her wicked mom Umar, the dark Shadow Knight and a small army of reanimated heroes and villains! Luckily, Clea is not just any Sorcerer Supreme...she is a warlord! Collecting STRANGE (2022) #1-5.
Rated T+
In Shops: Sep 28, 2022
SRP: $15.99
View All Items In This Series
ORDER SUBSCRIBE WISH LIST