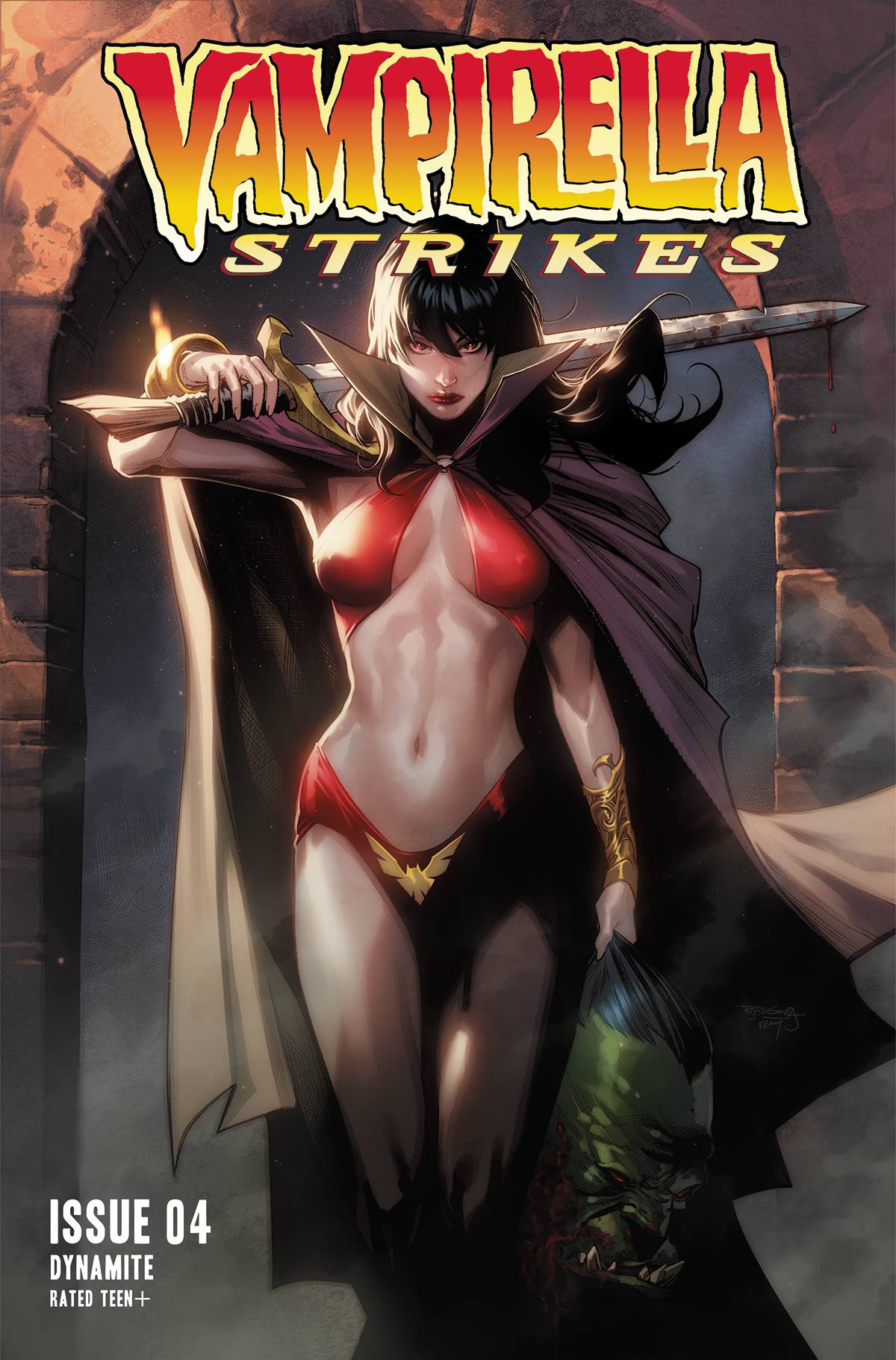 #
JUN220875
(W) Tom Sniegoski (A) Jonathan Lau (CA) Stephen Segovia
Having fulfilled her destiny in Vengeance, Vampirella is now poised to Strike in this series arising from the post-apocalyptic ashes of the acclaimed series Vengeance of Vampirella!
In this issue, the threat of the Drujh weapons intensifies. After the assault on Danse Macabre headquarters by those possessed by the weapons from Hell, Vampirella and the team are left in disarray. Something is about to happen that could threaten all life in Sepulcher City...and eventually the world. Something drastic is going to need to be done-but what? This is the penultimate chapter of the Drujh saga!
Enter the world of Vampirella Strikes under a series of amazing artist by
returning superstars Lucio Parillo, Stephen Segovia, Jung-Geun Yoon, and a stunning cosplay cover featuring Rachel Hollon as Vampirella!!
In Shops: Aug 24, 2022
SRP: $3.99
View All Items In This Series
ORDER SUBSCRIBE WISH LIST