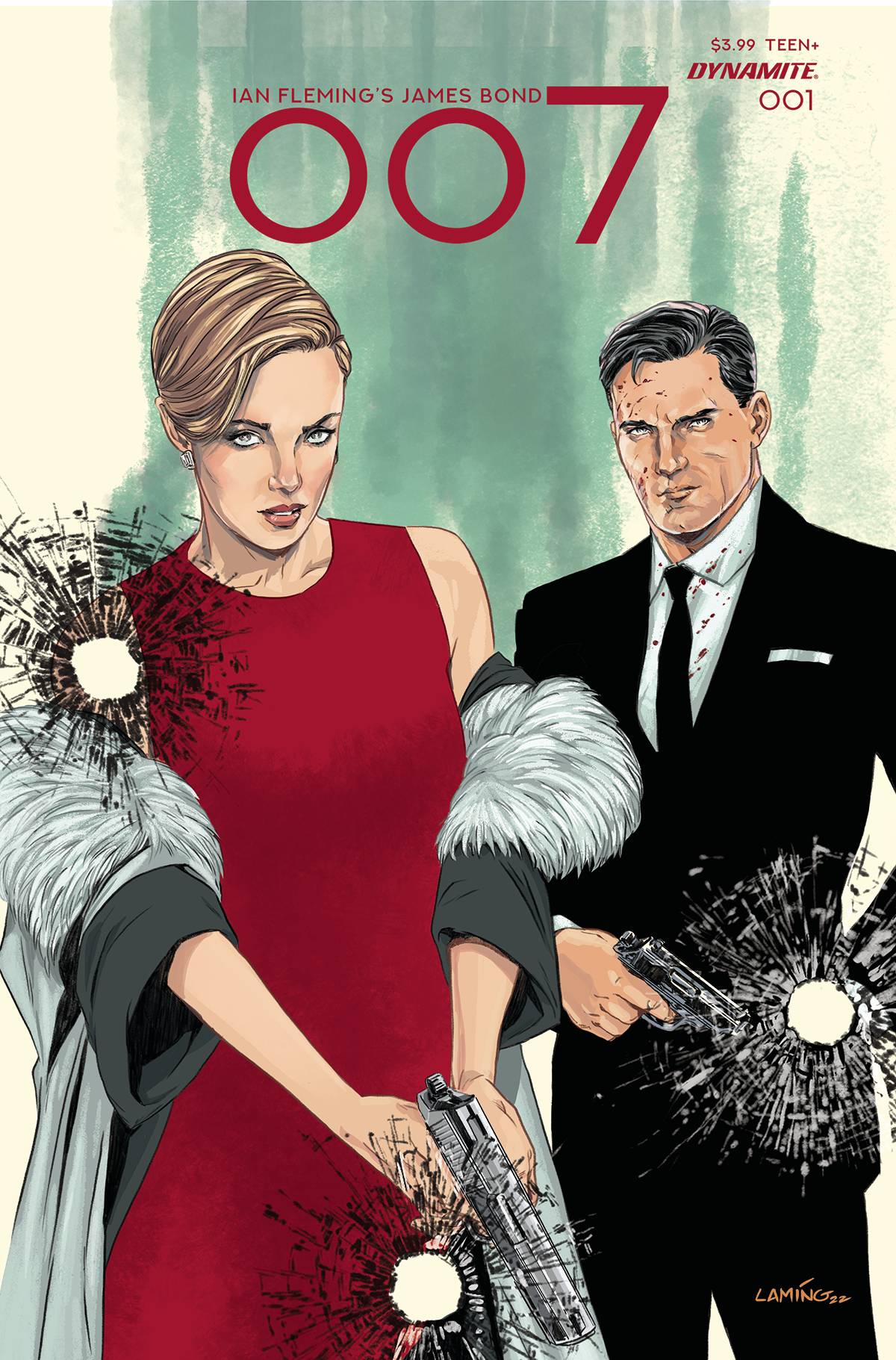 #
JUN220647
(W) Phillip Kennedy Johnson (A) Marco Finnegan (CA) Marc Laming
OO7 is back in action! After a high-stakes rescue mission is mysteriously, violently sabotaged, Bond's future at MI6 hangs in the balance. As he awaits his fate, James Bond is urgently contacted by an old flame and mentor: Gwendolyn Gann, formerly Agent OO3, who warns Bond of an existential threat to England and the global balance of power. But before they can meet, OO3 turns up dead, sending Bond on the most personal mission of his career: find Gwendolyn Gann's killers, and expose the shadowy organization known only as 'Myrmidon.'
In Shops: Aug 10, 2022
SRP: $3.99
View All Items In This Series
ORDER SUBSCRIBE WISH LIST