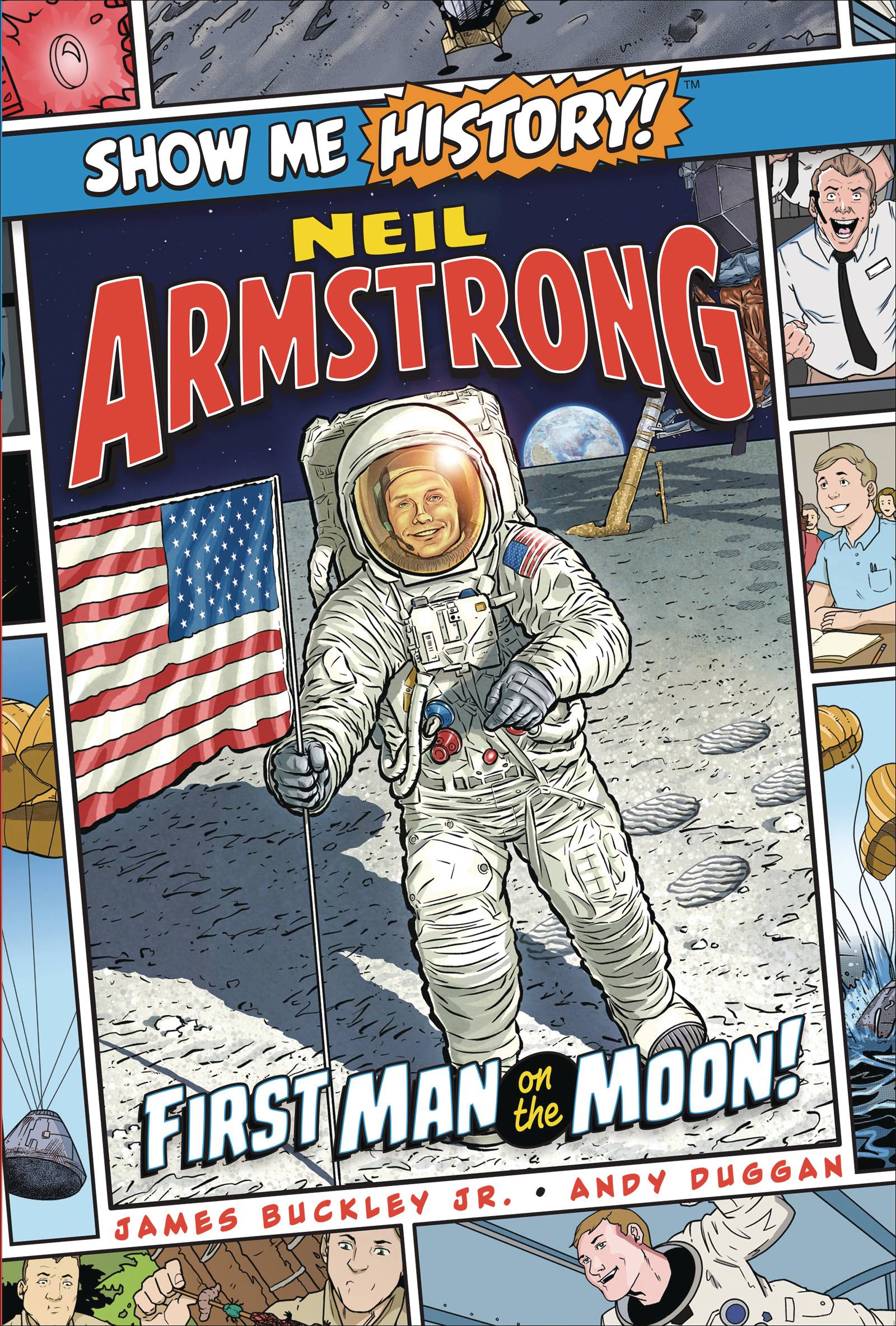 #
JUN211716
(W) James Buckley (A) Andy Duggan
Neil Armstrong: First Man on the Moon! is a biography of the astronaut who became the first person to walk on the Moon in 1969. From earning a pilot's certificate at age 16 to being a test pilot for supersonic jets, Armstrong spent most of the early part of his life perfecting the skills he would need for the historic Moon landing. Calm and collected under pressure, he was an ideal candidate for NASA's astronaut program, and is remembered for his famous words, spoken after he set foot on the Moon: "That's one small step for a man, one giant leap for mankind."