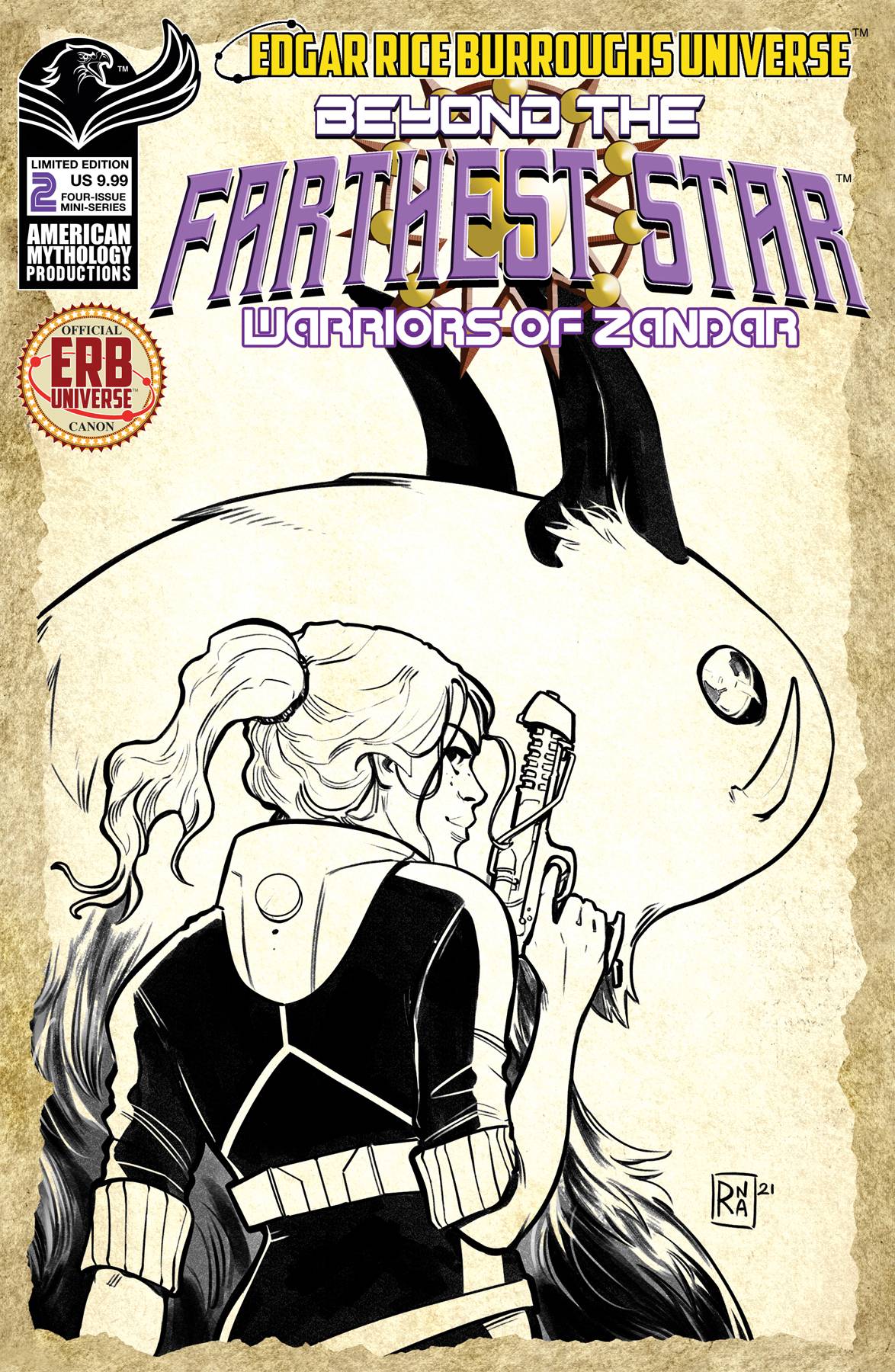 #
JUN211235
(W) Mike Wolfer (A/CA) Alessandro Ranaldi
The canonical expansion of the Edgar Rice Burroughs Universe continues in this tale set on the unexplored world of Zandar, where savage, alien beings roam and heart-stopping creatures prowl the jungles. Space-faring Victory Harben is stranded on Zandar, and has found herself thrust into the middle of an insidious scheme by the Keelars, the nightmarish creatures who apparently dominate the planet. Somewhere in the Keelar's island sanctuary lies the answer to why the people of Victory's new ally Tii-laa are being kidnapped, but it is a revelation that, once exposed, will shake Victory to her core. For over one hundred years, fantasy fans have been in love with the works of Edgar Rice Burroughs, and we're proud to continue the tradition with all-new characters and all-new worlds in this tale that has been declared official canon by ERB, Inc.!
In Shops: Oct 06, 2021
SRP: $9.99
View All Items In This Series
ORDER SUBSCRIBE WISH LIST