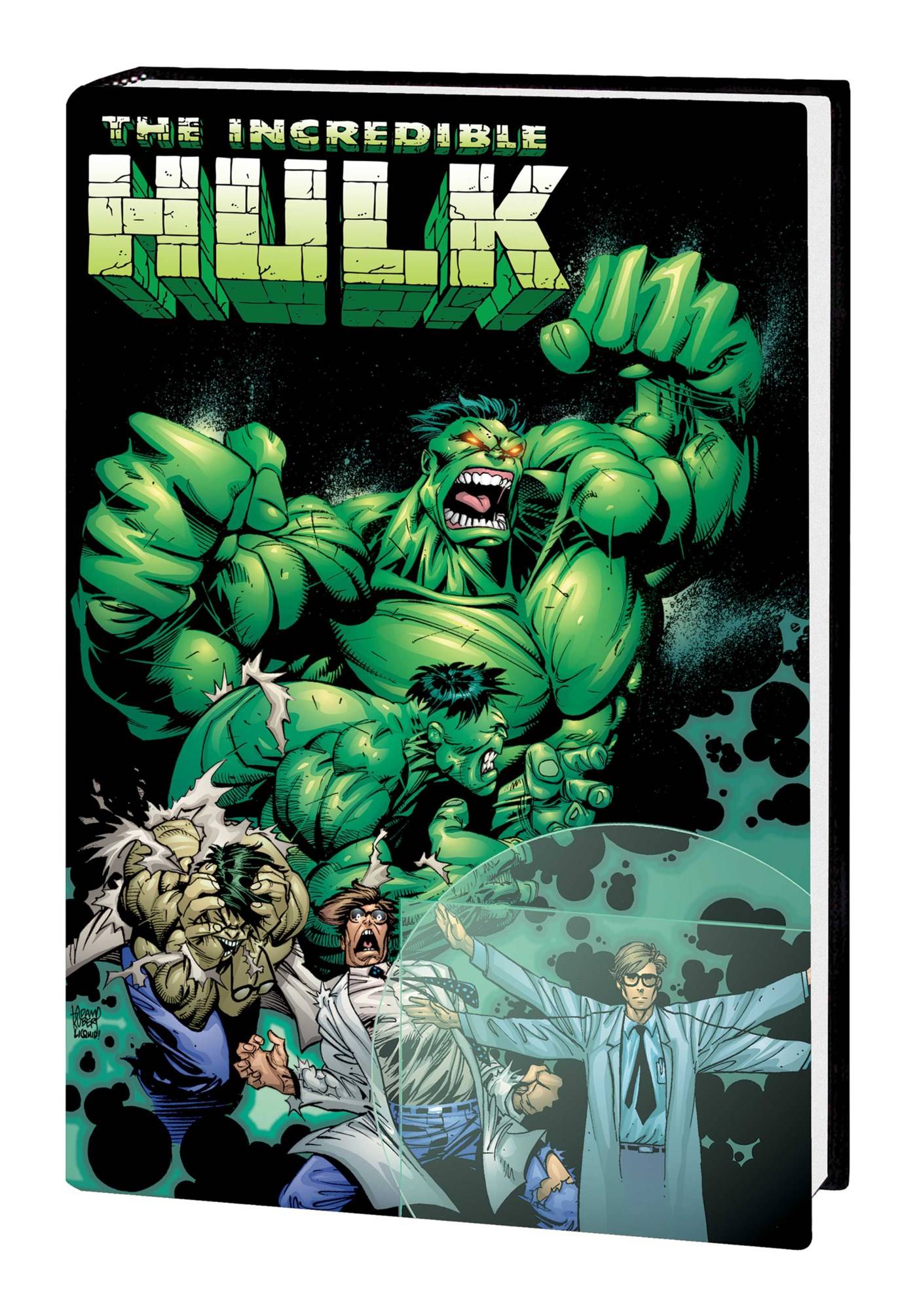 #
JUN210821
(W) Chris Claremont, More (A) Herb Trimpe, More (CA) Alan Davis
Peter David's character-redefining run comes to its incredible end! Major Matt Talbot sets his sights on capturing the jade giant - and with Hulkbusters and the Ringmaster on his side, he might just succeed! Meanwhile, terror group the Alliance pushes the world to the brink of nuclear war - but why is the Hulk claiming credit?! Then, Onslaught does the impossible - physically separating Bruce Banner from the Hulk! While Banner finds himself reborn, the Hulk faces a harsh truth about his traumatic past - and a health crisis that might kill him! Does Apocalypse have the answer? And what terrible tragedy will bring about the end of an era? Collecting INCREDIBLE HULK (1968) #436-467, #-1 and ANNUAL '97; SAVAGE HULK (1996) #1; CUTTING EDGE #1; CABLE (1993) #34; ONSLAUGHT: MARVEL UNIVERSE; INCREDIBLE HULK: HERCULES UNLEASHED and HEROES REBORN: THE RETURN #1-4.
Rated T
In Shops: Jan 12, 2022
SRP: $125.00
View All Items In This Series
ORDER SUBSCRIBE WISH LIST