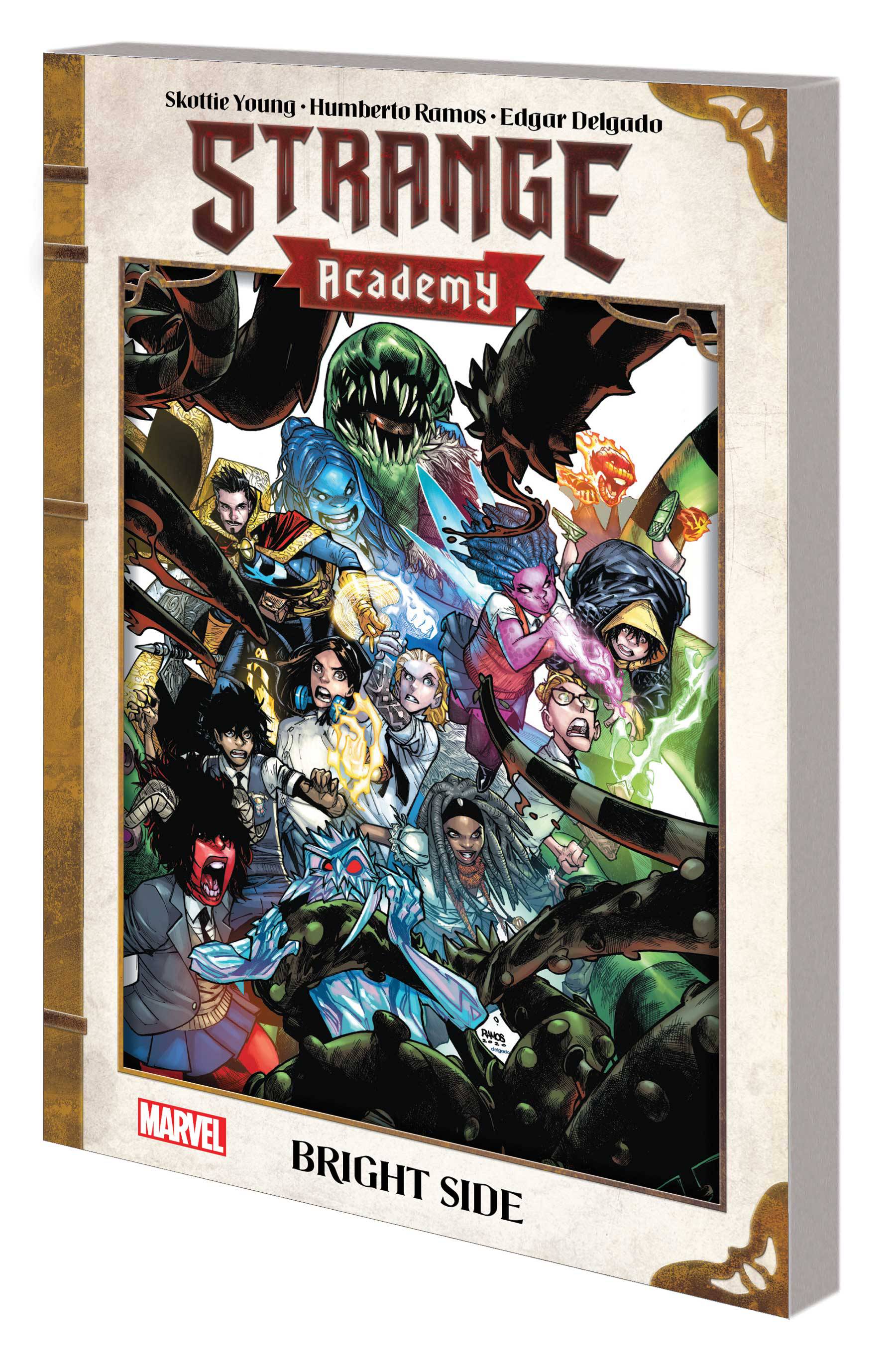 #
JUN210802
(W) Skottie Young (A/CA) Humberto Ramos
The Strange Academy teeters on the edge of tragedy! Hearts are broken, uncanny new abilities manifest and a huge secret is revealed! The students attempt to return to some sense of normalcy with a couple of good old-fashioned field trips - but one is to outer space, to uncover a magical artifact with Rocket and Groot, and the other is to Asgard! Then, for orphan Calvin Morse, Parents' Day at Strange Academy isn't much fun. But while the rest of the parents tour the campus, Calvin and an unlikely friend will discover something truly terrifying! A shocking murder mystery awaits as Marvel's smash-hit series continues into its second semester! Collecting STRANGE ACADEMY #7-12.
Ages 13 & Up
In Shops: Oct 20, 2021
SRP: $13.99
ORDER WISH LIST