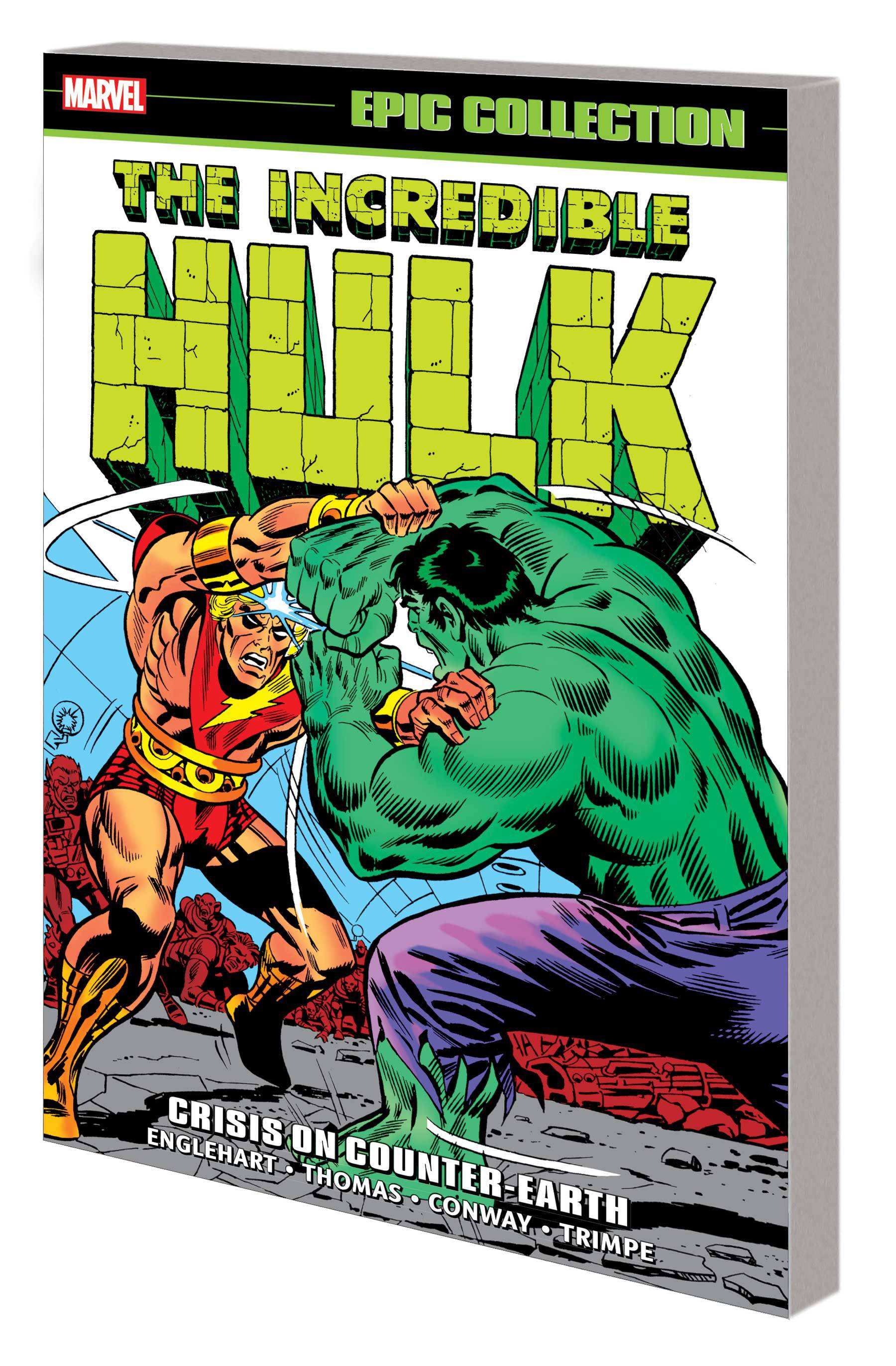 #
JUN210799
(W) Steve Englehart, More (A/CA) Herb Trimpe
Hulk takes a trip to Counter-Earth, where he confronts his most-hated enemy: Bruce Banner! Add in the Rhino and the Abomination, and the action and drama can't be contained! Then, the Hulk heads north to Canada - where the X-Men's Mimic returns, and the Wendigo makes its debut! And the drama continues when Betty Ross is mutated into the Harpy! Next, the green goliath sets out on a path of revenge against a murderer's row of earth-shaking enemies - including Juggernaut, Cobalt Man and a second encounter with Rhino and Abomination! Finally, the Hulk lands in Attilan, where the Inhumans are forced to launch him into outer space to prevent the destruction of their home. But where the Hulk lands will surprise him - and a cosmic saga alongside the messianic Adam Warlock awaits! Collecting INCREDIBLE HULK (1968) #157-178.
Rated T
In Shops: Sep 22, 2021
SRP: $44.99
ORDER WISH LIST