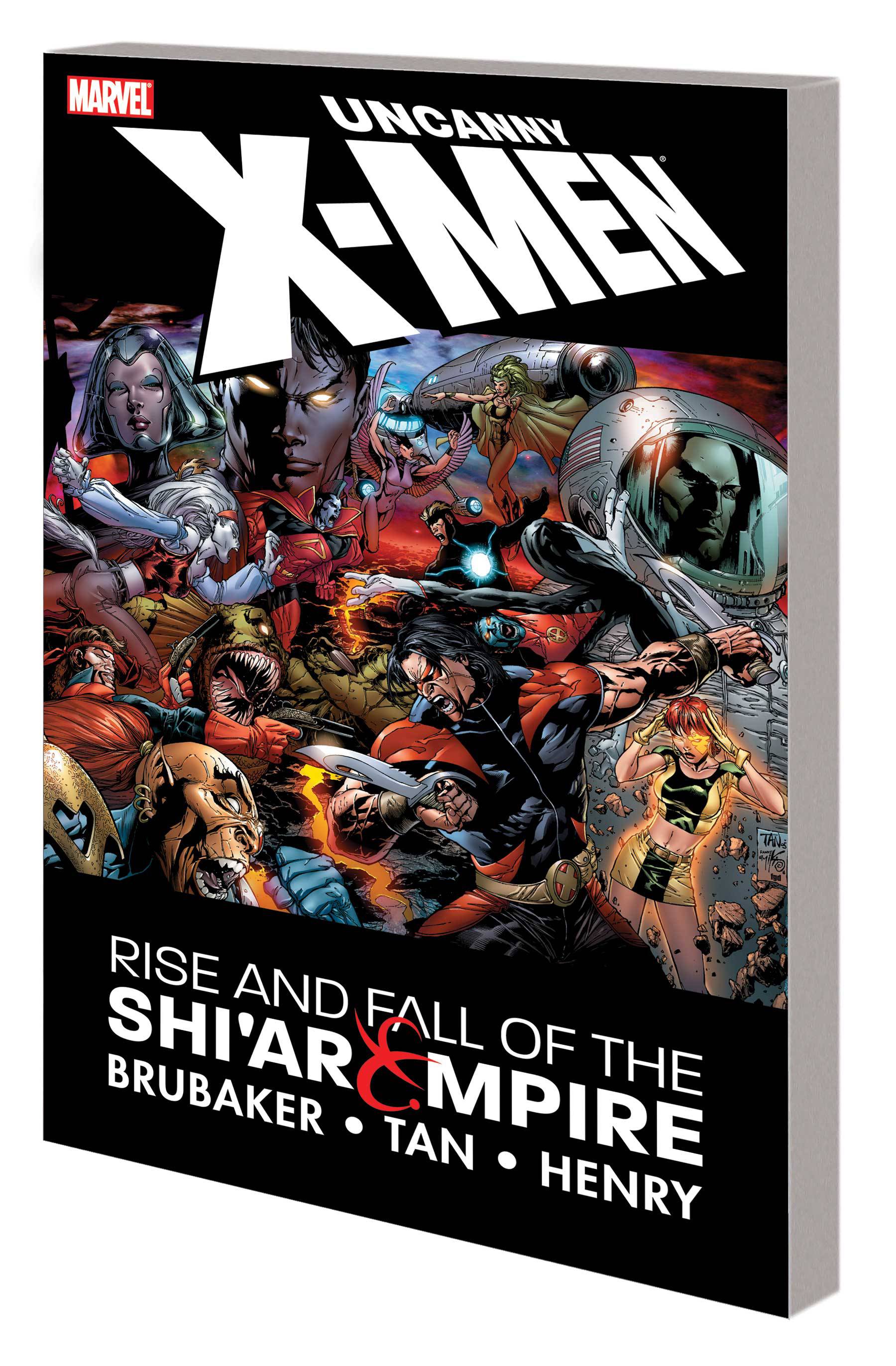 #
JUN210798
(W) Ed Brubaker (A) Clayton Henry (A/CA) Billy Tan
Ed Brubaker (CAPTAIN AMERICA) takes the helm of Marvel's mighty mutants! And his incredible saga won't just affect Earth, but will also rock the foundations of the entire galaxy! The shockingly powerful Vulcan is out for revenge, and he has his sights set on the Shi'ar Empire! Only Charles Xavier and his new team of X-Men can stop the rogue third Summers brother, but Rachel Summers' presence on the outskirts of Shi'ar-controlled space does not go unnoticed - and a new enemy with deep ties to Rachel is unleashed! Featuring the Starjammers, a clash of the titans between Vulcan and Gladiator and all-out war in the cosmos! Get ready for the ride of your life! Collecting UNCANNY X-MEN (1981) #475-486.
Rated T+
In Shops: Sep 15, 2021
SRP: $34.99
ORDER WISH LIST