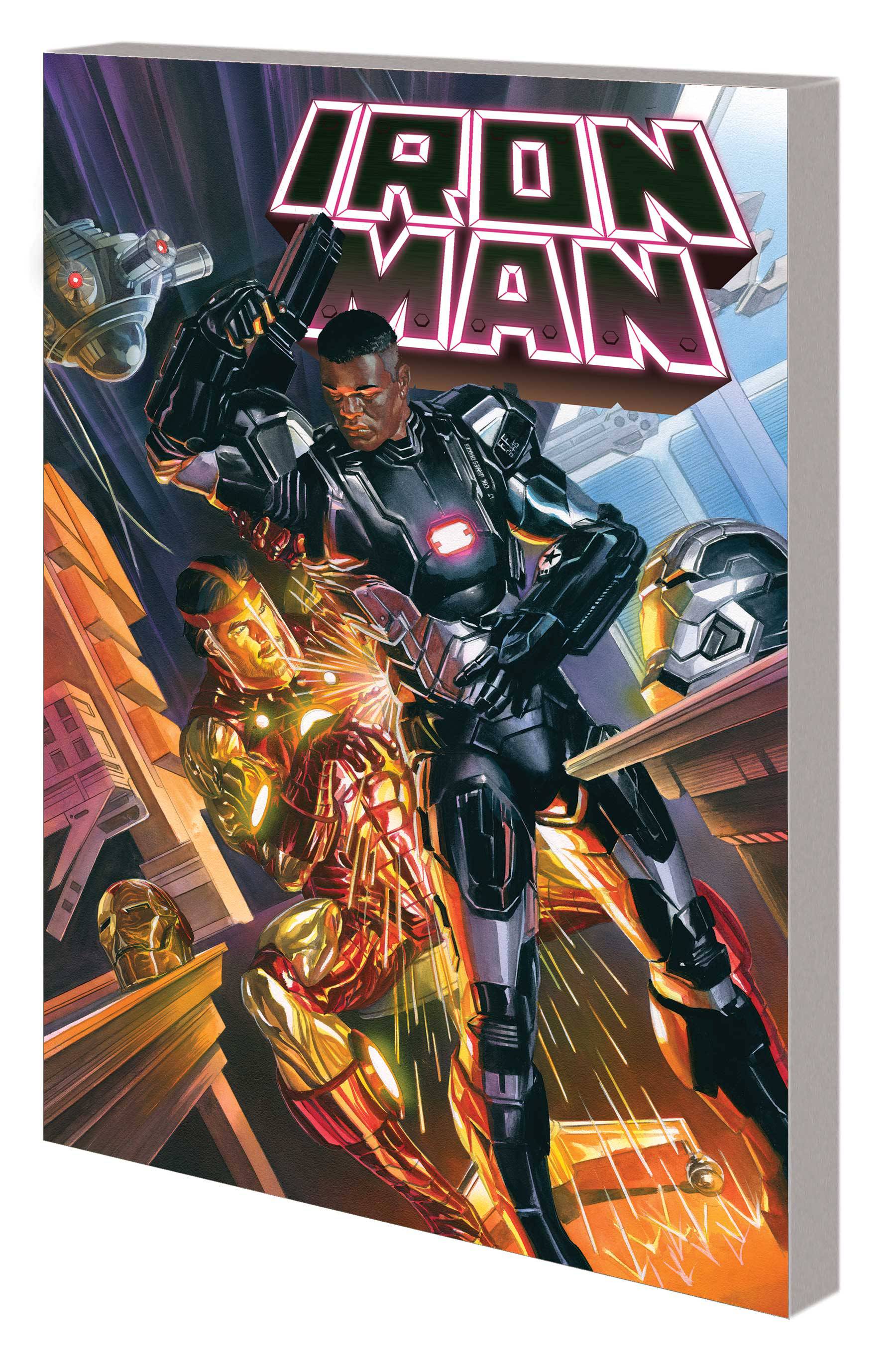 #
JUN210792
(W) Christopher Cantwell (A) CAFU, Angel Unzueta (CA) Alex Ross
If he takes off his armor, Iron Man will die! After receiving a near-fatal injury from Korvac, Tony Stark lands in emergency triage with his life on the line. With Hellcat on the psychological ropes and Tony's other allies recuperating from their own near-death experiences, can Iron Man muster the mettle he needs to chase Korvac back into space and stop the mad demigod's quest for ultimate power? War Machine just might be the friend Tony needs! Prepare to go interstellar as an unlikely band of heroes pursues its enemy to the farthest reaches of the galaxy, where near-certain death awaits at Korvac's hands. And as Moondragon reaches across the universe to help Hellcat reclaim her once-powerful mental abilities, Patsy Walker will have to face her demons - including the literal Son of Satan himself! Collecting IRON MAN (2020) #6-10.
Rated T+
In Shops: Oct 20, 2021
SRP: $17.99
View All Items In This Series
ORDER SUBSCRIBE WISH LIST