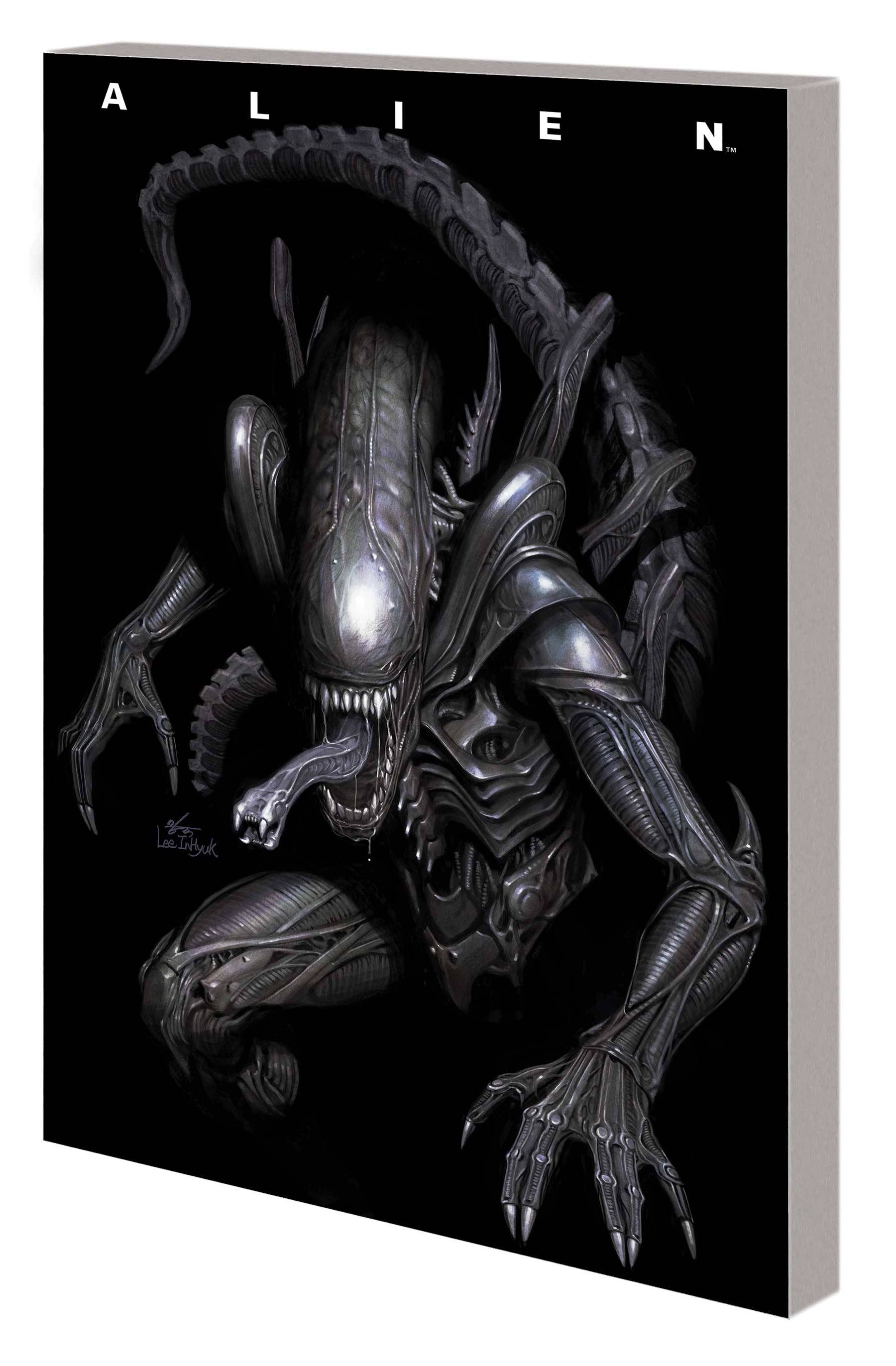 #
JUN210786
(W) Philip Kennedy Johnson (A) Salvador Larroca (CA) Inhyuk Lee
The iconic cinematic terror makes its Marvel debut! Gabriel Cruz gave his life to the Weyland-Yutani Corporation - almost literally, thanks to an alien attack he barely survived! Recently retired, Cruz is trying to patch things up with his abandoned son with the help of his friend, a Bishop-model android. But his re-entry into civilian life is not going smoothly, and his encounters with the deadly Xenomorphs are far from over! Now, Cruz has only one chance to save his son from the horrific fate he barely escaped. The clock toward total collapse is ticking. The aliens are loose! Phillip Kennedy Johnson and Salvador Larroca team up for an all-new tale of the sci-fi/horror titan that has terrified audiences for decades. No one is safe. No one is innocent. And no one can hear you scream. Collecting ALIEN #1-6.
Parental Advisory
In Shops: Oct 20, 2021
SRP: $17.99
View All Items In This Series
ORDER SUBSCRIBE WISH LIST