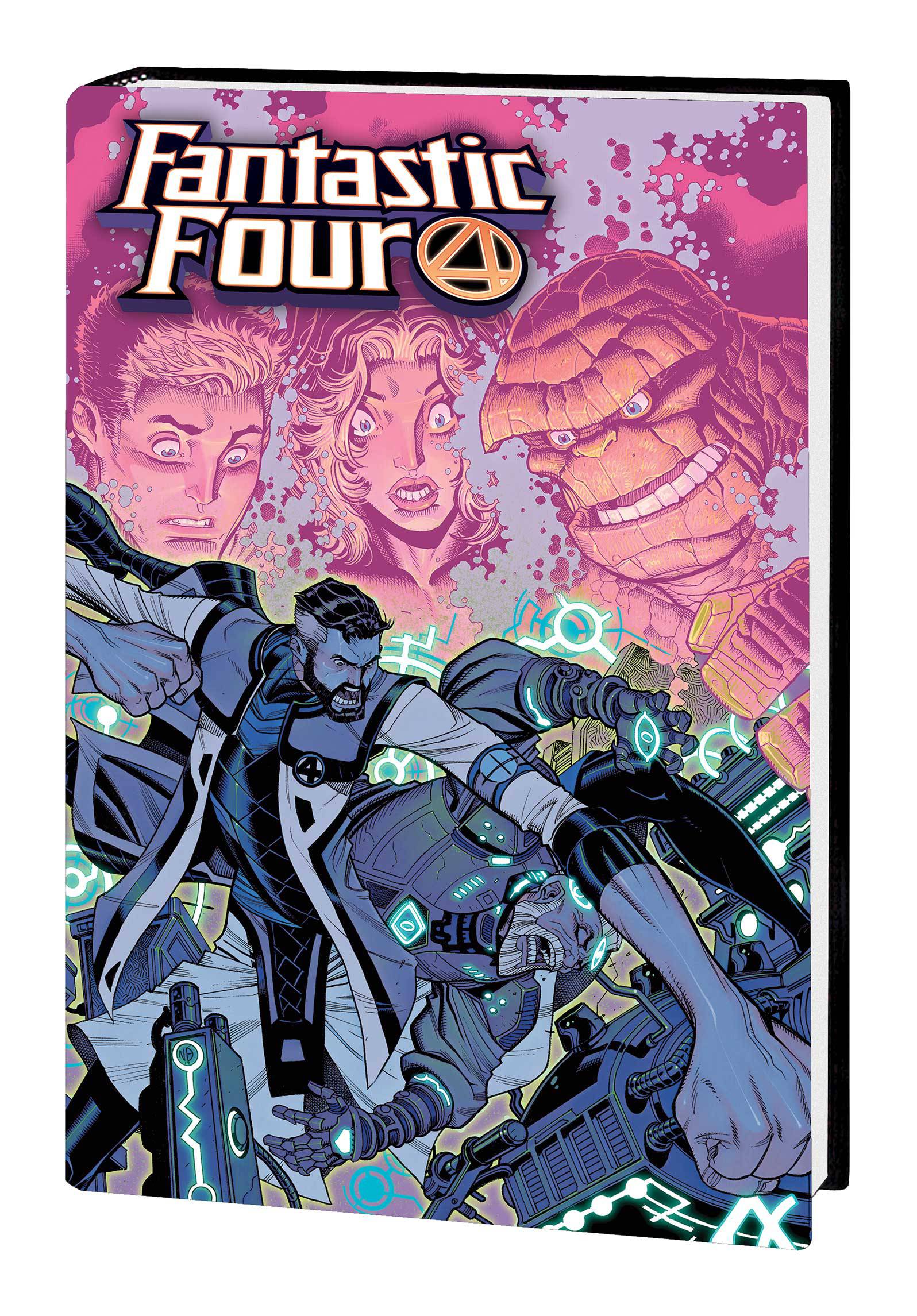 #
JUN210775
(W) Dan Slott, More (A) Sean Izaakse, More (CA) Nick Bradshaw
Ben Grimm and Alicia Masters finally head off on their dream honeymoon - only to have their party crashed by the Immortal Hulk! And hot on the heels of that encounter, one of the biggest FF secrets of all time is about to be revealed! Everyone knows the story of the brave souls bombarded by cosmic rays and transformed into superhumans, and how they became their world's first line of defense. They are...the Unparalleled! Seven heroes who now must fulfill their destiny by defeating the fearsome, foretold forces of...the Fantastic Four! What?! And as the FF grapple with their part in the Unparalleled's mythology, Johnny Storm is about to meet his match! Plus: fantastic tales ranging from Yancy Street to the Negative Zone! Collecting FANTASTIC FOUR (2018) #12 (A STORY) and #13-20, FANTASTIC FOUR: 4 YANCY STREET and FANTASTIC FOUR: NEGATIVE ZONE.
Rated T
In Shops: Dec 15, 2021
SRP: $39.99
View All Items In This Series
ORDER SUBSCRIBE WISH LIST