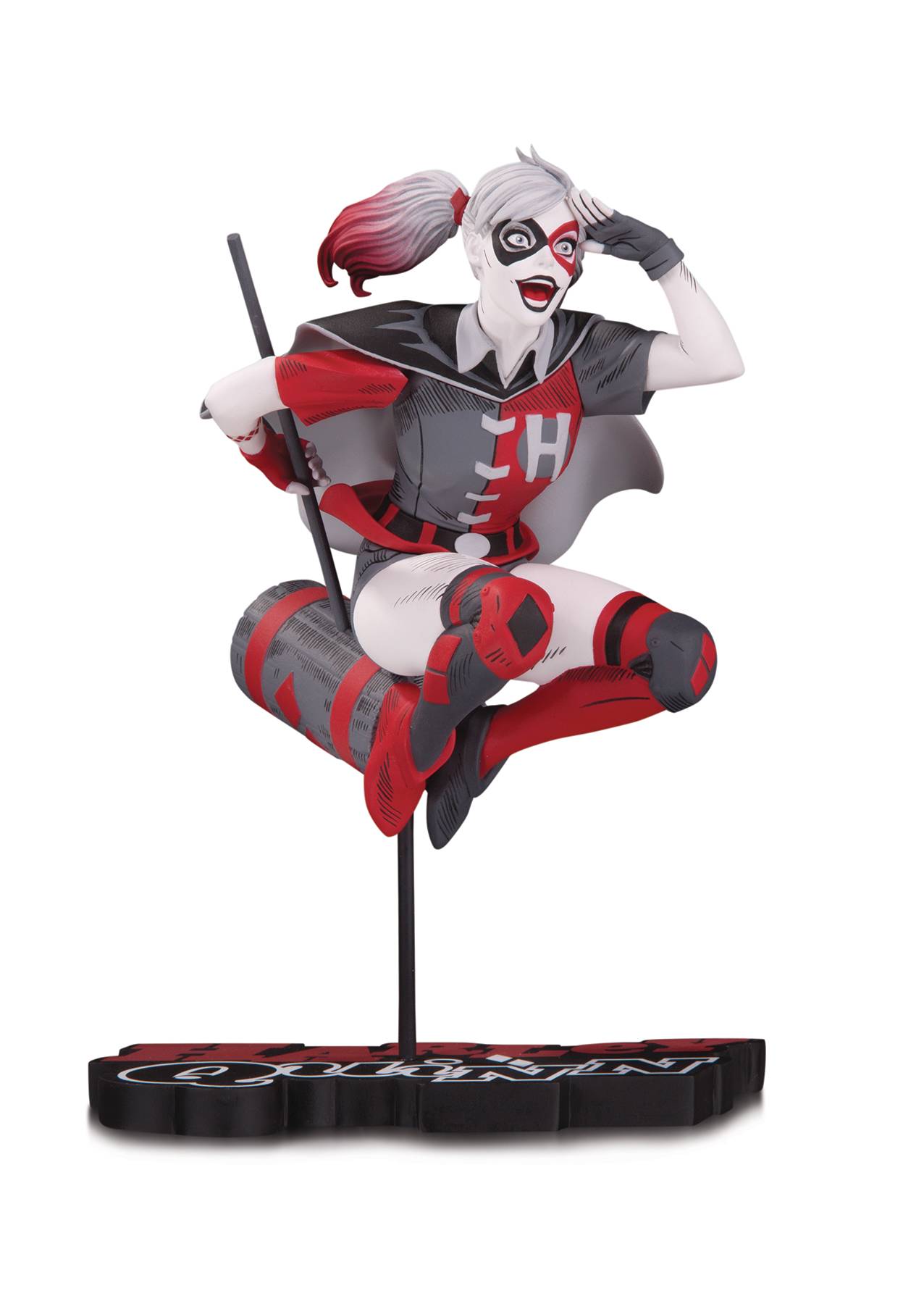 # #
JUN208246
Ever wondered what Harley Quinn would look like as Robin? Well, wonder no more with this adorable statue of Harley Quinn by Guillem March. Based on the Harley Quinn #58 cover in which Harley is seen protecting Gotham with Batman, this statue allows us to see what it would be like if Harley Quinn were Batman's partner in crime-fighting.
•  Limited to 5,000 pieces and individually numbered
•  Statue measures approximately 6.9" tall
•  Allocations may occur
In Shops: N/A
SRP: $95.00