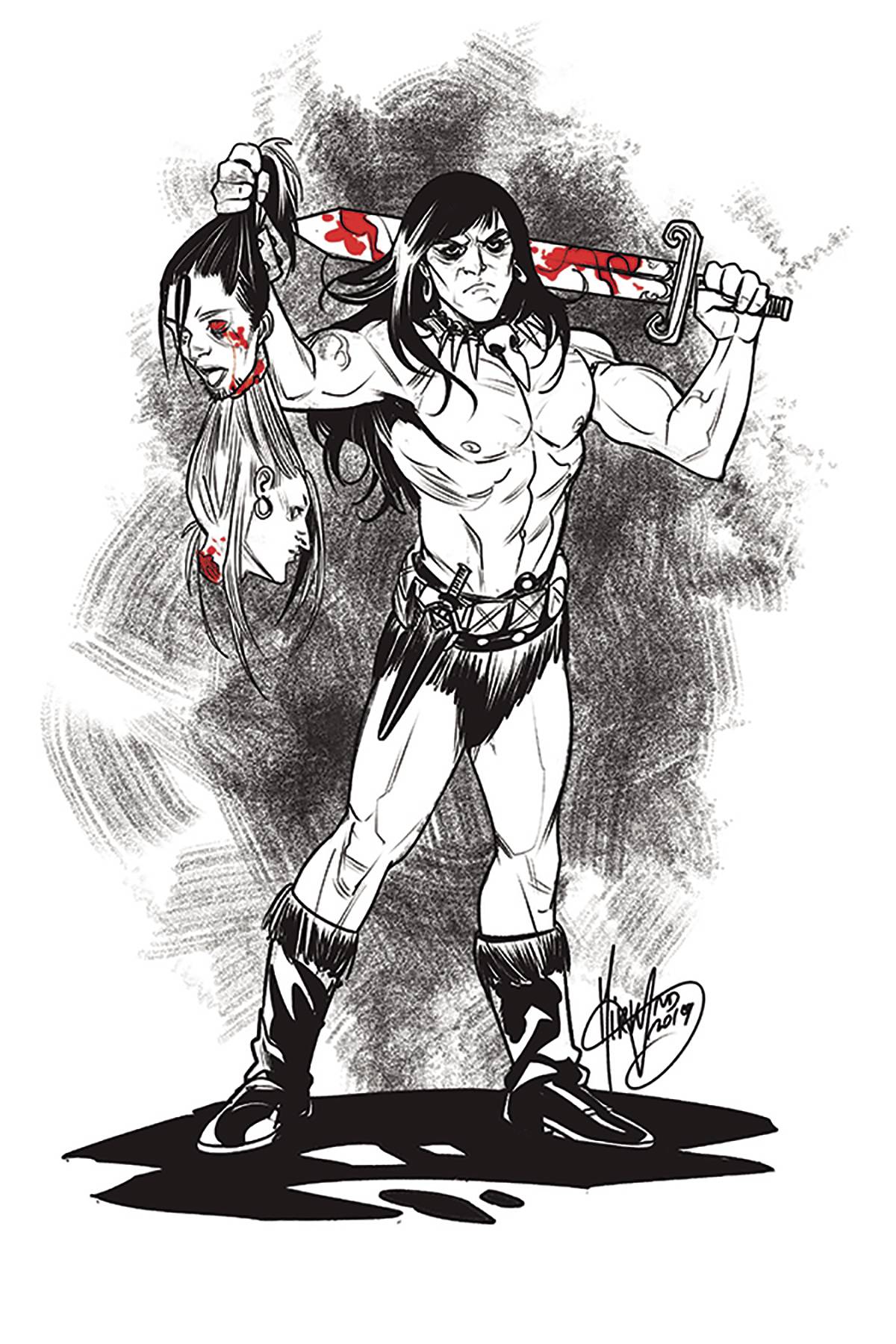 #
JUN200814
(W) Robert E. Howard, Sylvain Runberg (A) Jae Kwang Park (CA) Mirka Andolfo
Robert E. Howard's Conan is brought to life UNCENSORED!  Discover the true Conan, unrestrained, violent, and sexual.  Read the story as he intended!
In the kingdom of Vendhya, the king has just died, struck down by the spells of the black prophets of Yimsha.   The king's sister, Yasmina, decides to avenge him...and contacts Conan, then chief of the Afghuli tribe. But several of Conan's warriors have just been killed by the men of the kingdom of Vendhya, further complicating the matter. The princess thought she could use the Cimmerian, but rather it is she who will serve his interests...
Sylvain Runberg and prodigious designer/illustrator Jae Kwang Park adapt one of the most ambitious and complex Conan stories of Robert E. Howard. An adventure where epic battles, witchcraft and plots mingle in a mystical and scary Orient.  Where revenge is an art...
10-COPY Mirka Andolfo Virgin Cover C INCV" For every 10 of A-E copies ordered in any combo, retailers may order a 1 Mirka Andolfo Virgin Cover C INCV at $3.99 less standard discount.
In Shops: Aug 26, 2020
SRP: PI
View All Items In This Series