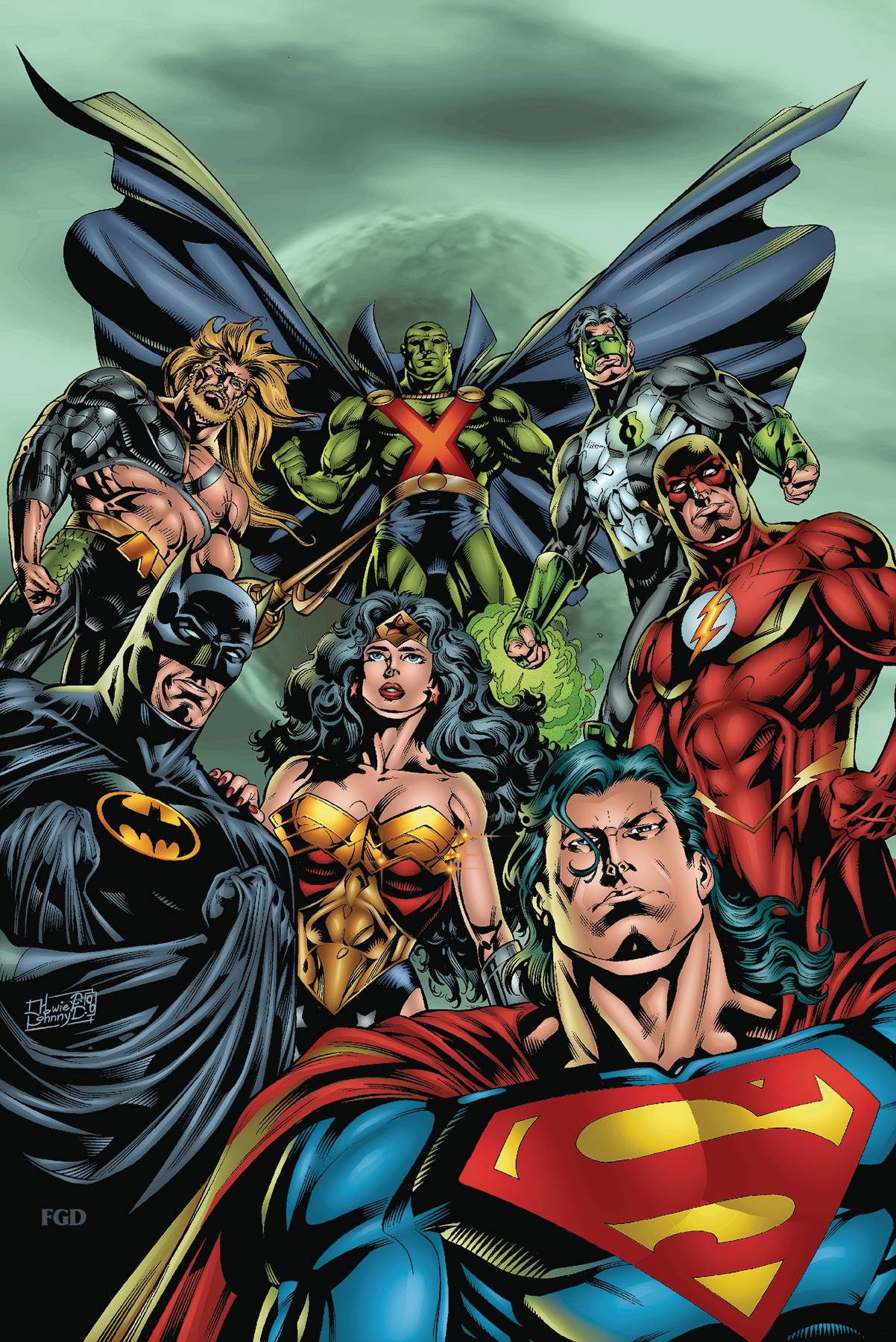 #
JUN200542
In 1996, writer Grant Morrison joined forces with artist Howard Porter to relaunch the Justice League of America in the new series JLA by gathering DC's greatest heroes-Superman, Batman, Wonder Woman, Green Lantern, Aquaman, the Flash, and Martian Manhunter and propelling these icons into inventive stories with the highest of stakes! Now based on a Watchtower on the moon, the JLA took on revamped versions of classic threats including the White Martians, the Injustice Gang, and the Key; along with new foes like Prometheus and Mageddon. This omnibus collects Morrison's entire JLA epic, including the JLA: Earth 2 graphic novel, illustrated by Frank Quitely and reintroducing the Crime Syndicate of America! Collects JLA #1-17, #22-26, #28-31, #34, #36-#41, JLA One Million, and JLA: Earth 2.
ON SALE 09.30.20
In Shops: Nov 18, 2020
SRP: $150.00
ORDER WISH LIST