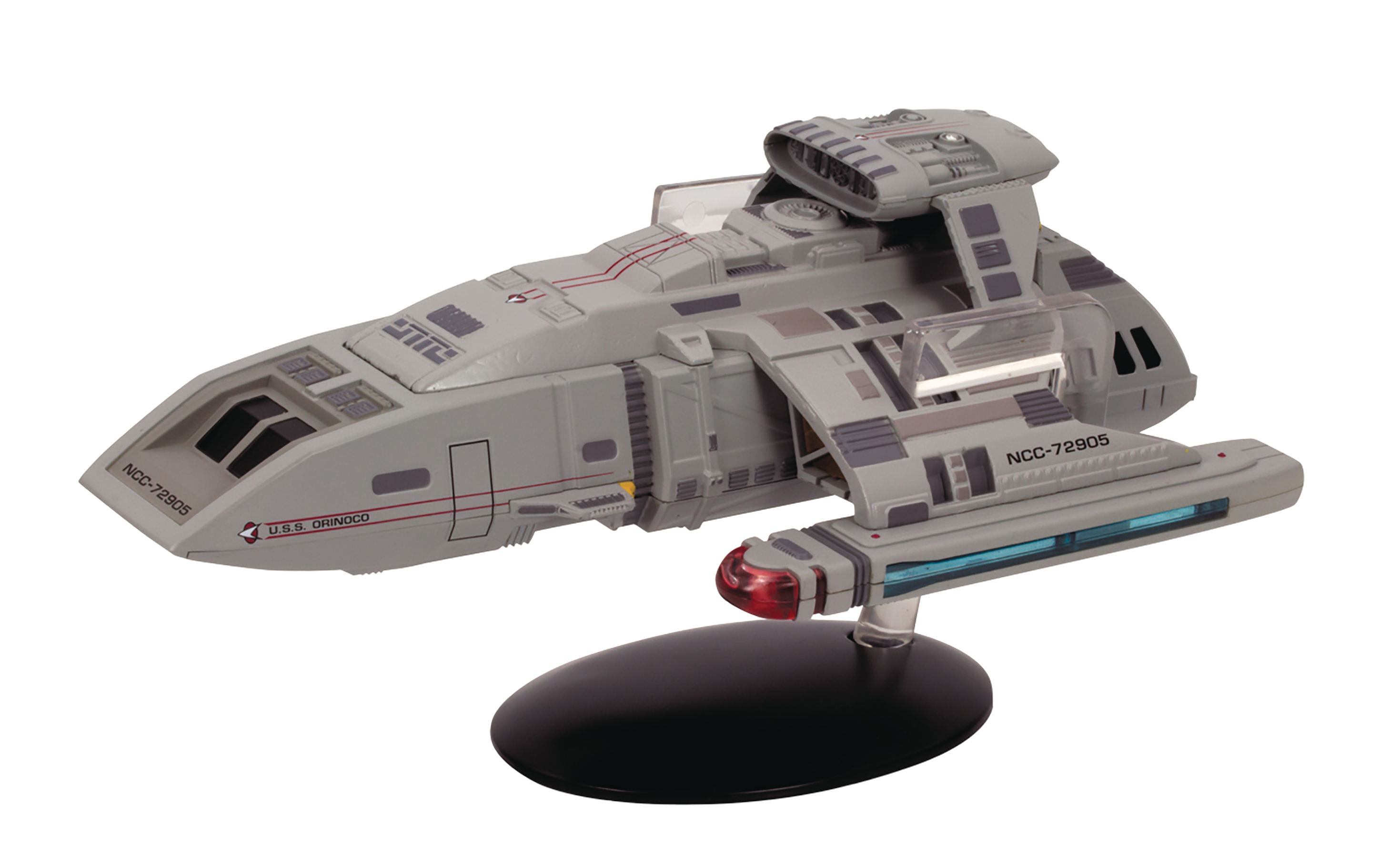 JUN192418
Warping in for this Special Issue of STAR TREK: THE OFFICIAL STARSHIPS COLLECTIONS is the U.S.S. ORINOCO, one of Starfl eet's versatile Danube-class runabout vessels that entered service in the late 24th century. Smaller than a starship, but larger than a shuttlecraft, a runabout was armed and capable of travel up to speeds of warp 5. Several runabouts, including the U.S.S. ORINOCO, were assigned to DEEP SPACE 9.
In Shops: Sep 11, 2019
SRP: $75.00
View All Items In This Series