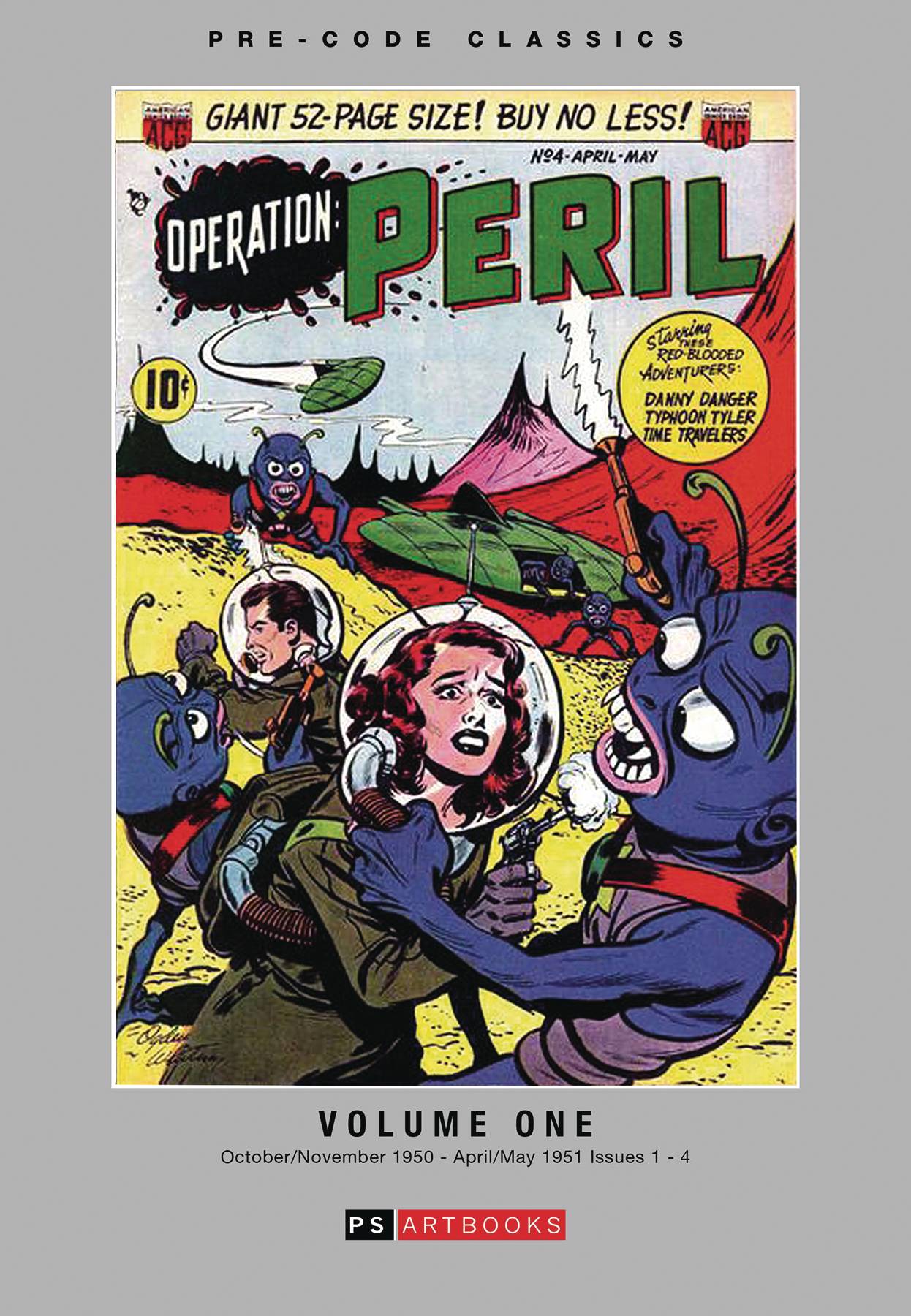 #
JUN191882
(A) Ogden Whitney, Ken Bald, Leonard Starr, King Ward, Richard Case, Edvard Moritz
I've had a thing for ACG comics for a long time but while I've had runs of the company's Adventures Into The Unknown and Forbidden Worlds on my shelves I've only ever had but one issue of Operation Peril so this latest title on the PS Artbooks roster is a total winner for me, with issues 1 through 4 boasting stories by Richard Hughes (of course) and artwork by, among others, the one and only Ogden Whitney (double of course!) and yarns of adventure and science fiction in which Tom and Peggy use their time machine to counter an alien invasion from Saturn; Typhoon Tyler tries to stop Captain Cobra from stealing native gold in the tropics and whole host of other stuff like to make your eyes water Collects issues #1-4 (Oct/Nov 1950 to Apr/May 1951).
In Shops: Oct 30, 2019
SRP: $51.99
View All Items In This Series