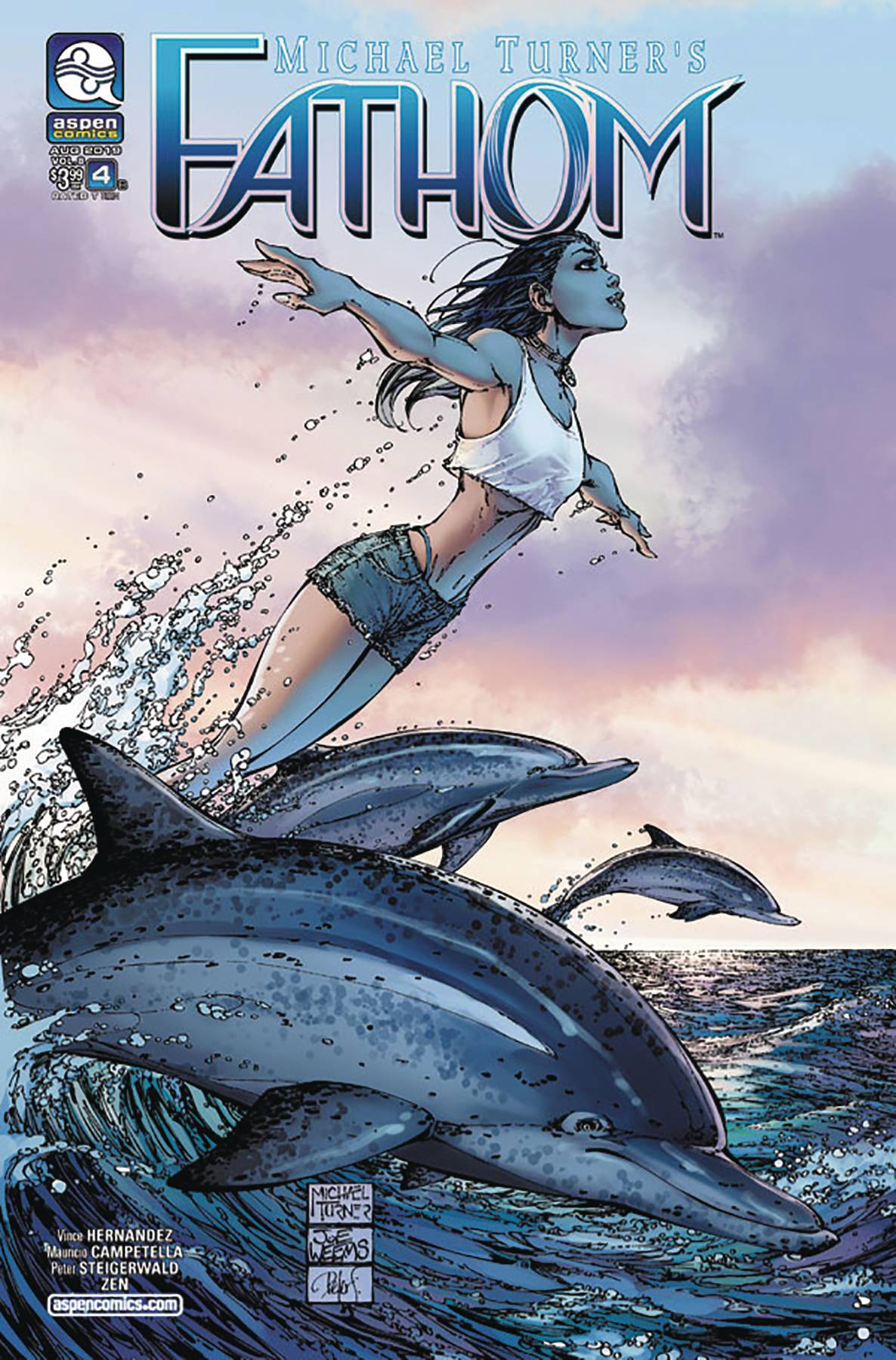 #
JUN191480
(W) Vince Hernandez (A) Mauricio Camptella (CA) Michael Turner, Joe B. Weems
The world below is no longer a secret and everything has led to this...

In the darkest depths of the ocean, Aspen and Kiani must confront the most deadly foe they've ever collectively faced-Anika fortified by the armor and incredible power of The Black!

Aspen's Vince Hernandez (Michael Turner's Fathom: Kiani, Charismagic) marks his debut on Fathom's principal series alongside artist Mauricio Campetella (Jirni) and colorists Peter Steigerwald (Fathom, Superman/Batman) in a storyline that will define the Fathom universe for years to come!
In Shops: Aug 21, 2019
SRP: $3.99
View All Items In This Series