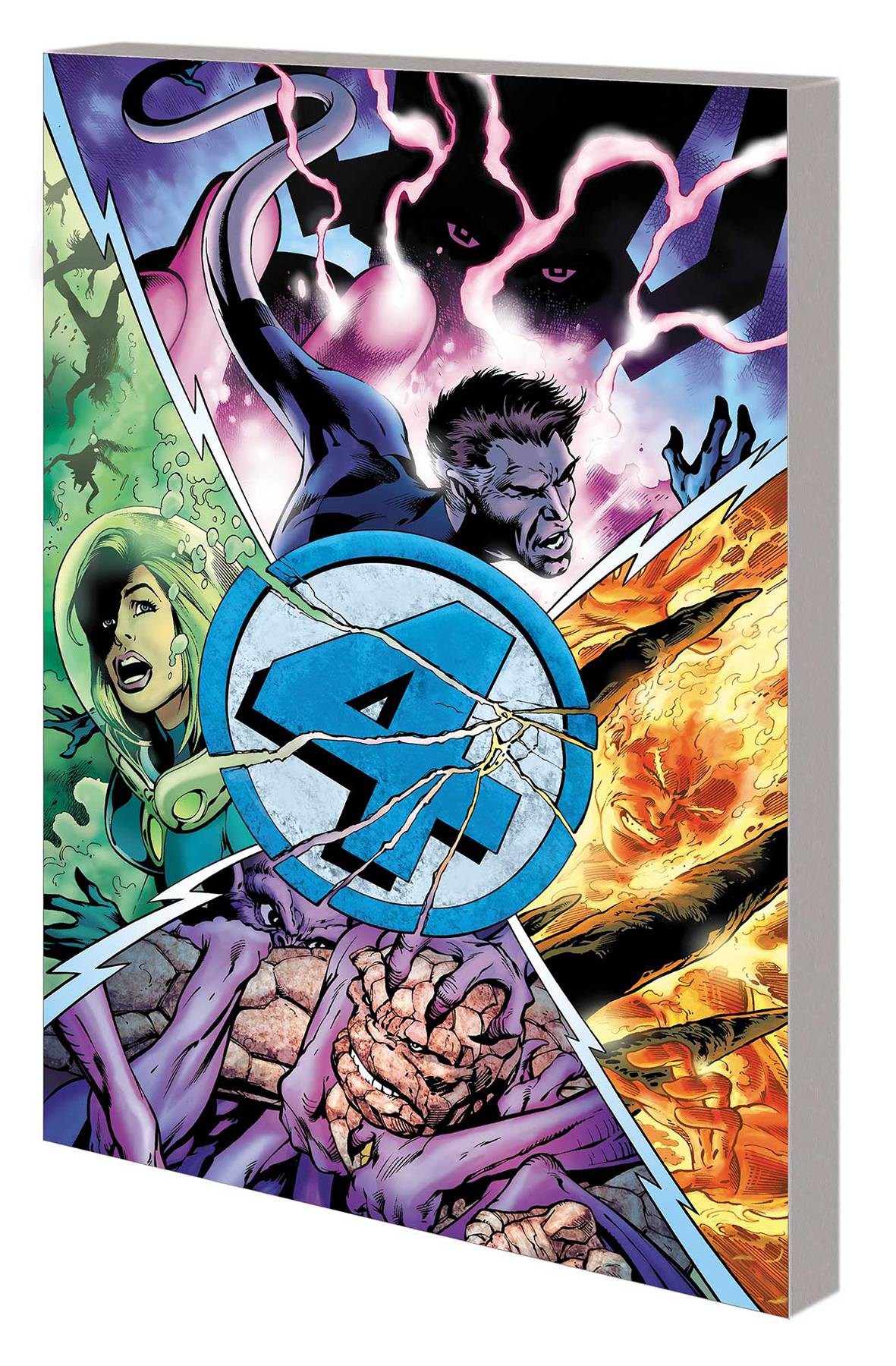 #
JUN191069
(W) Jonathan Hickman (A) Neil Edwards, Steve Epting, More (CA) Alan Davis
Superstar writer Jonathan Hickman revamps and redefines Marvel's First Family! A sweeping and epic saga across time, space and reality begins when Mister Fantastic takes the future of discovery into his own hands! As the Fantastic Four fights the War of the Four Cities and Invisible Woman mediates between Namor and the long-lost tribe of Old Atlantis, Mister Fantastic assembles a band of genius youngsters to help him solve everything. But when Nathaniel Richards returns, Galactus prepares to feast and a new Annihilation Wave threatens to invade from the Negative Zone, tragedy suddenly strikes. One of the Fantastic Four will fall! Grieving, the surviving members dissolve the team - but from its ashes rises the Future Foundation! Guest-starring Spider-Man, Doctor Doom, Sub-Mariner and the Inhumans! Collecting FANTASTIC FOUR (1998) #579-588 and FF (2011) #1-5.
Rated T+
In Shops: Aug 28, 2019
SRP: $39.99
View All Items In This Series
ORDER WISH LIST