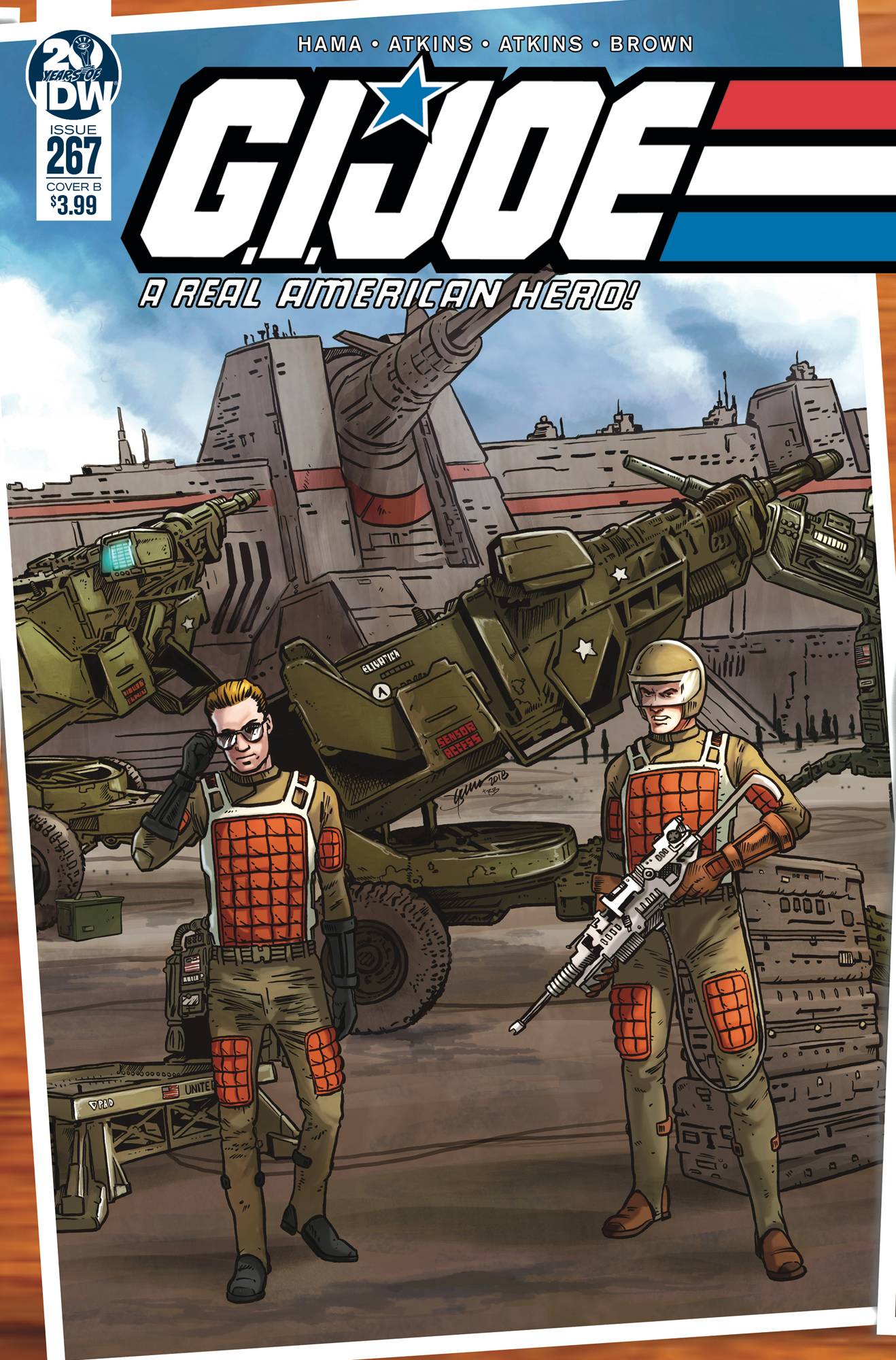 #
JUN190715
(W) Larry Hama (A) Robert Atkins (CA) Jamie Sullivan
"SNAKE HUNT" Part 2! Cobra Commander thinks Sean Collins is the real Snake Eyes and wants him on the side of Cobra, whatever it takes. Dawn Moreno and the rest of the G.I. JOEs know the truth and want Sean back, whatever it takes. But Cobra Commander's not going to give up his prized new possession without a fight. The battle call has sounded and it's all hands on deck for both G.I. JOE and Cobra as living legend Larry Hama and fan-favorite artist Robert Atkins continue their 10-issue event... which features EVERY SINGLE MEMBER OF G.I. JOE!