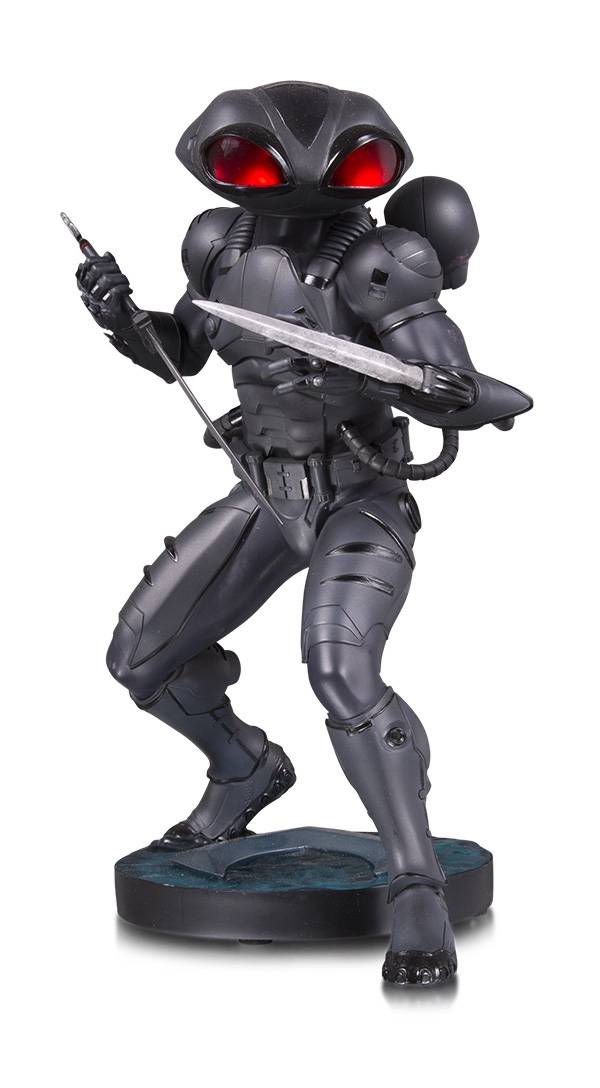 #
JUN188983
While he may lack the Atlantean ability to breathe underwater, the suit more than makes up for it.  Black Manta is heavily armed with swords, guns, and optic laser blasts - that's a deadly arsenal for any villain, let alone one as technologically savvy and strategic as Black Manta.
Meticulously modeled after the film's design of this legendary villain, this striking and sinister 12" polyresin statue will turn heads as Manta comes to the halls of your home or office.
Based on the AQUAMAN movie, these highly detailed statues are carefully crafted to match likeness to the characters from the film. From kings of Atlantis to the fiercest foes of the deep, these statues capture all the action and thrills from the big screen.
In Shops: Nov 28, 2018
SRP: $165.00