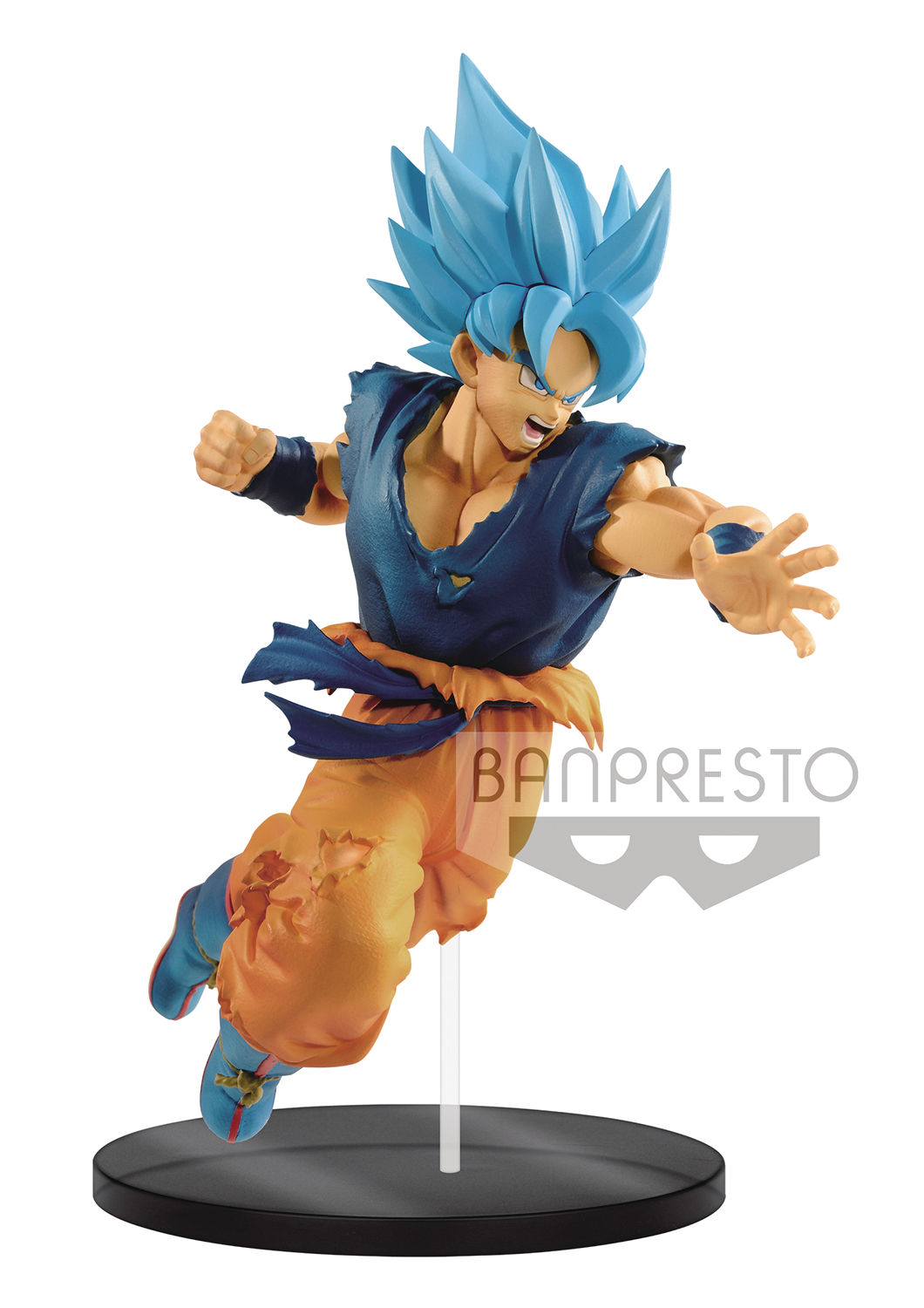 JUN188951
From Banpresto. The battle continues in Dragon Ball Super the Movie, an epic Dragon Ball movie depicting Goku's epic battle against the legendary Saiyan Broly! The intense determination of Goku, Vegeta, and Broly himself are preserved in Banpresto's Dragon Ball Super the Movie Ultimate Soldiers -The Movie- figure series that's as epic as the movie itself! Joining the lineup in Volume 2 is everyone's favorite hero Goku in his Super Saiyan Blue form! He's battleworn with torn clothes, but he's not ready to give up as he charges forward with an unstoppable expression on his face at a height of 7 7/8"!

We're hanging out with DEADLY CLASS and UNCANNY X-FORCE's Rick Remender to talk about his new Image Comics and series SCUMBAG!