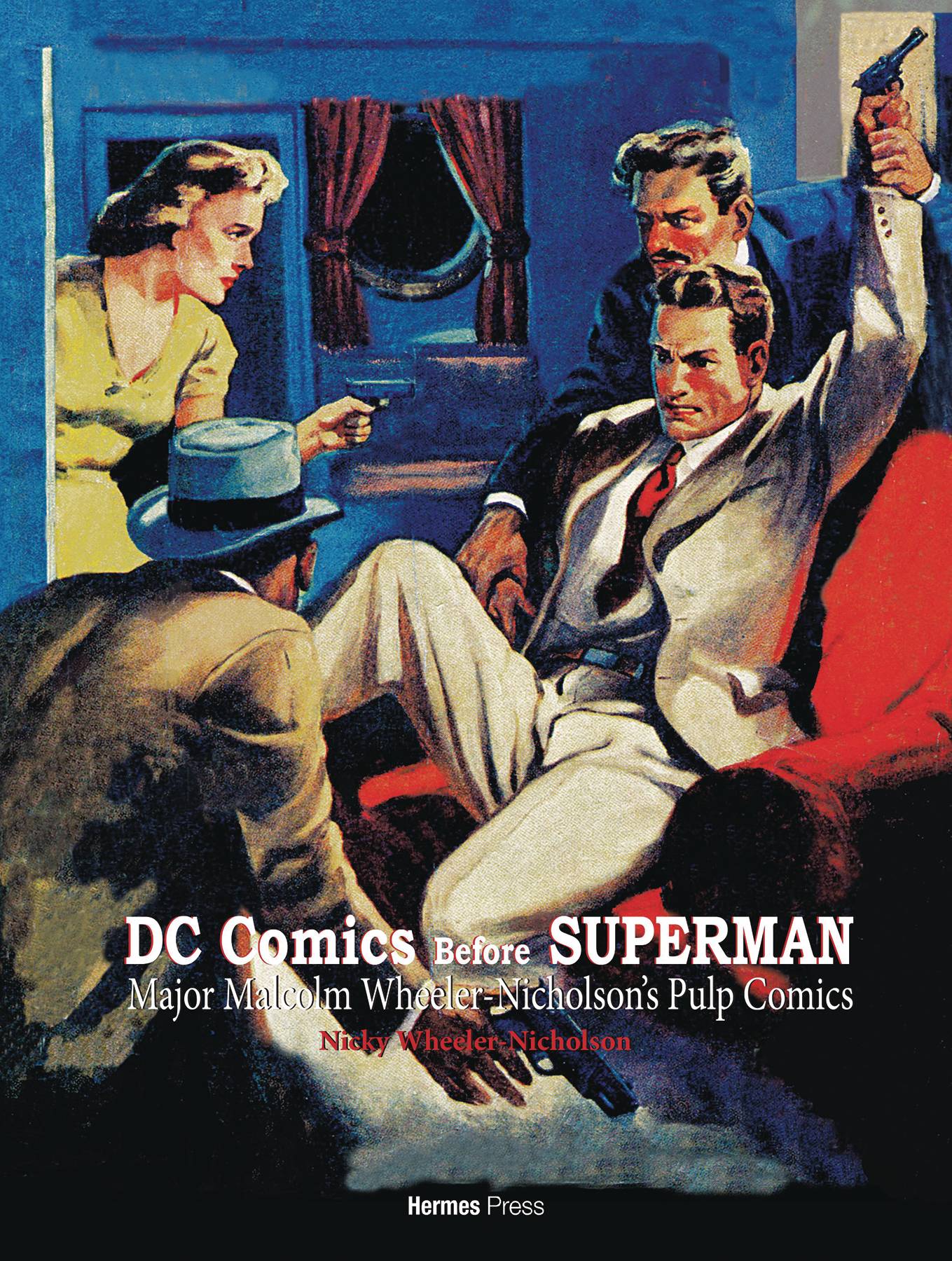 #
JUN181826
(W) Nicky Wheeler-Nicholson
Before Batman and Superman were even a glimmer in Bill Finger and Jerry Siegel's eyes, Major Malcolm Wheeler-Nicholson created National Allied Publications, which would then go on to become DC Comics. This groundbreaking book explores the early history of DC Comics; the pulp stories that formed the basis for all the different kinds of comics that exist today. All the comics included in this tome have been painstakingly reproduced and repaired to show how they would have looked back in the 1930s; and also included are all the pulps that the comics were based on! With an essay from Nicky Wheeler-Nicholson on the formation of National Allied Publications, an introduction by Jim Steranko, and an afterward by comics historian Tom Andrae.
In Shops: Sep 26, 2018
SRP: $60.00