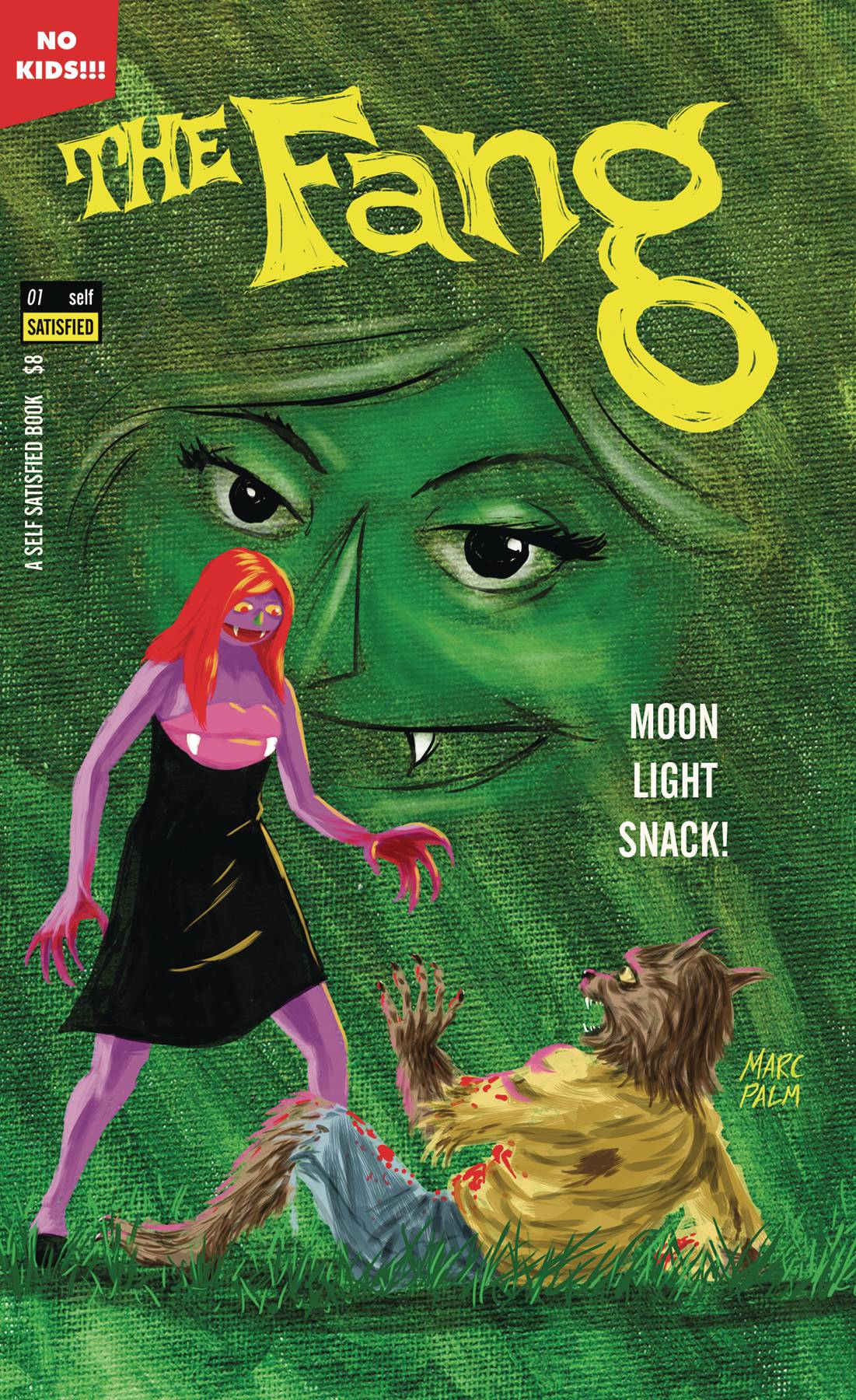 #
JUN181772
(W) Daniel Semanas (A/CA) Daniel Semanas
Vampirism, lycanthropy, assassination, witchcraft, marijuana and perversion! The notorious hired monster-killer known as The FANG takes the night off to do some personal game hunting, but reconsiders killing him after she's had a taste of his charms. After second guessing herself the next day during a messy hit, The FANG searches for wisdom in the mouthpiece of a bong. A gnarly story inspires her to take charge of the second date and quit once she's gotten ahead.
In Shops: Aug 22, 2018
SRP: $7.99
View All Items In This Series
ORDER WISH LIST