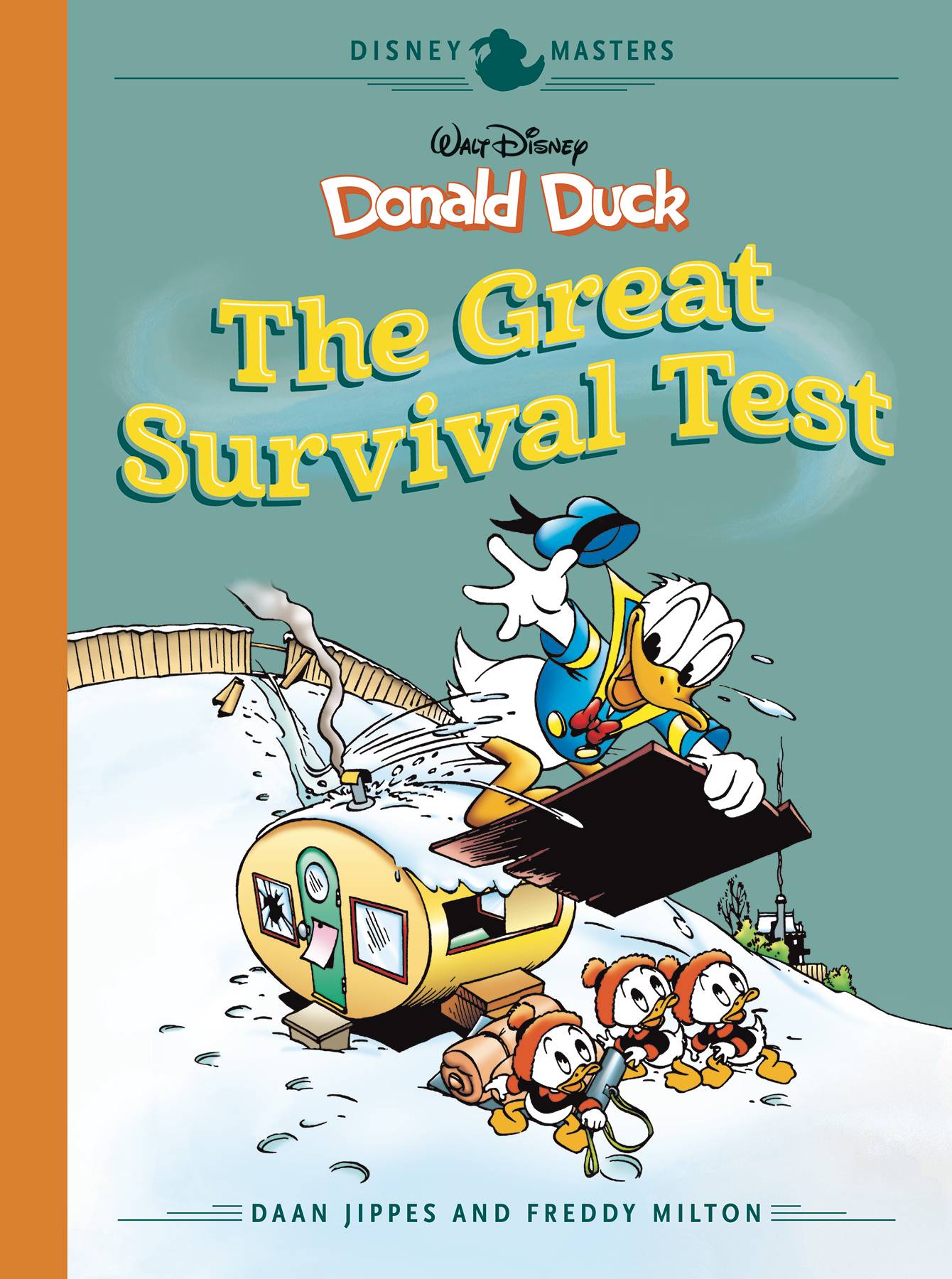 #
JUN181754
(W) Daan Jippes, Freddy Milton (A) Freddy Milton, Daan Jippes, Ben Verhagen
Watchful uncle Donald Duck doesn't want Huey, Dewey, and Louie taking on a daring Junior Woodchuck mission at 20 degrees below zero. But Donald's "survivalist" nephews insist they can stake out the coldest night of the year in an abandoned trailer in the wilderness - so Unca Donald vows he's gonna teach them a lesson!
When Disney Legend Carl Barks stopped creating new Disney Duck tales in the early 1970s, the Dutch and Danish team of Daan Jippes and Freddy Milton picked up right where Barks left off. Jippes and Milton were the first to continue Barks's art and storytelling style in new stories.
Now, by popular demand, Fantagraphics collects Jippes and Milton's classic teamups - and "The Great Survival Test" is just the start of the mayhem! From Donald's war with lucky Gladstone in "The Briefcase Case" to Daisy's race against time in "Coat of Harms," an amazing collection of Duck Family adventures is here!
In Shops: Aug 08, 2018
SRP: $29.99
View All Items In This Series
ORDER SUBSCRIBE WISH LIST