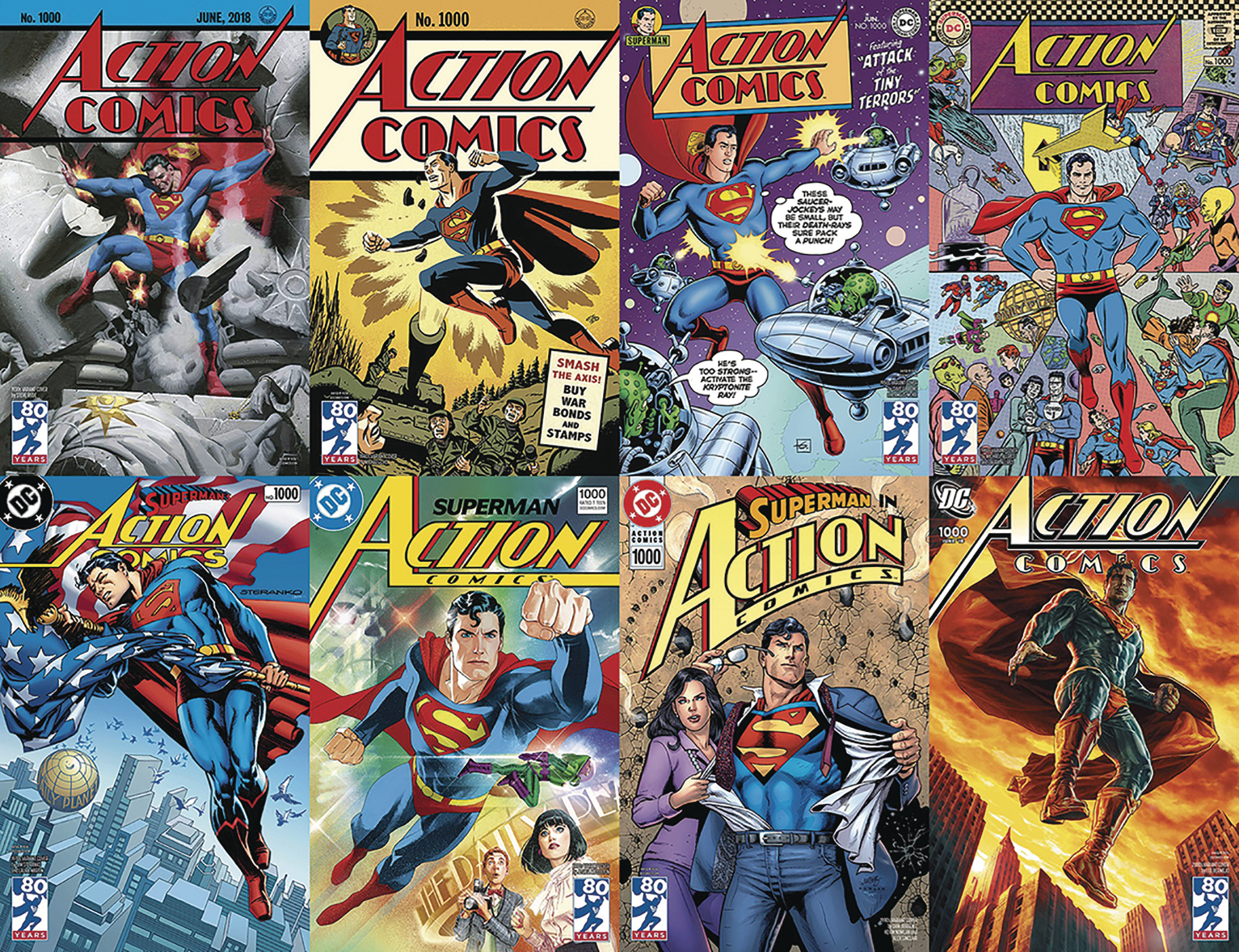 JUN181692
Superman is the first superhero who paved the way!  There would not be a comics industry without him!  DF is bringing you this incredible package featuring a Superman #1000 signed by Dan Jurgens in "Super Blue" signature series!  The "Super Blue" Signature series is launching in this set!  As a bonus, you will get 2 Randomly signed DC Comics AND the complete sold out set of Action Comics #1000 Decades covers!  Featuring the cover art of Steve Rude, Michael Cho, Dave Gibbons, Mike Allred, Jim Steranko, Joshua Middleton, Dan Jurgens and Lee Bermejo!   ACTION COMICS #1000 stands as one of the biggest milestone issues in comic book history and the #1 best-selling book of the year so far, and we're celebrating with something really SUPER! This is a rare chance to own this all-new PREMIERE SUPERMAN SET!!! FINAL COVER MAY VARY. ALLOCATIONS MAY OCCUR.
In Shops: Feb 13, 2019
SRP: $99.99