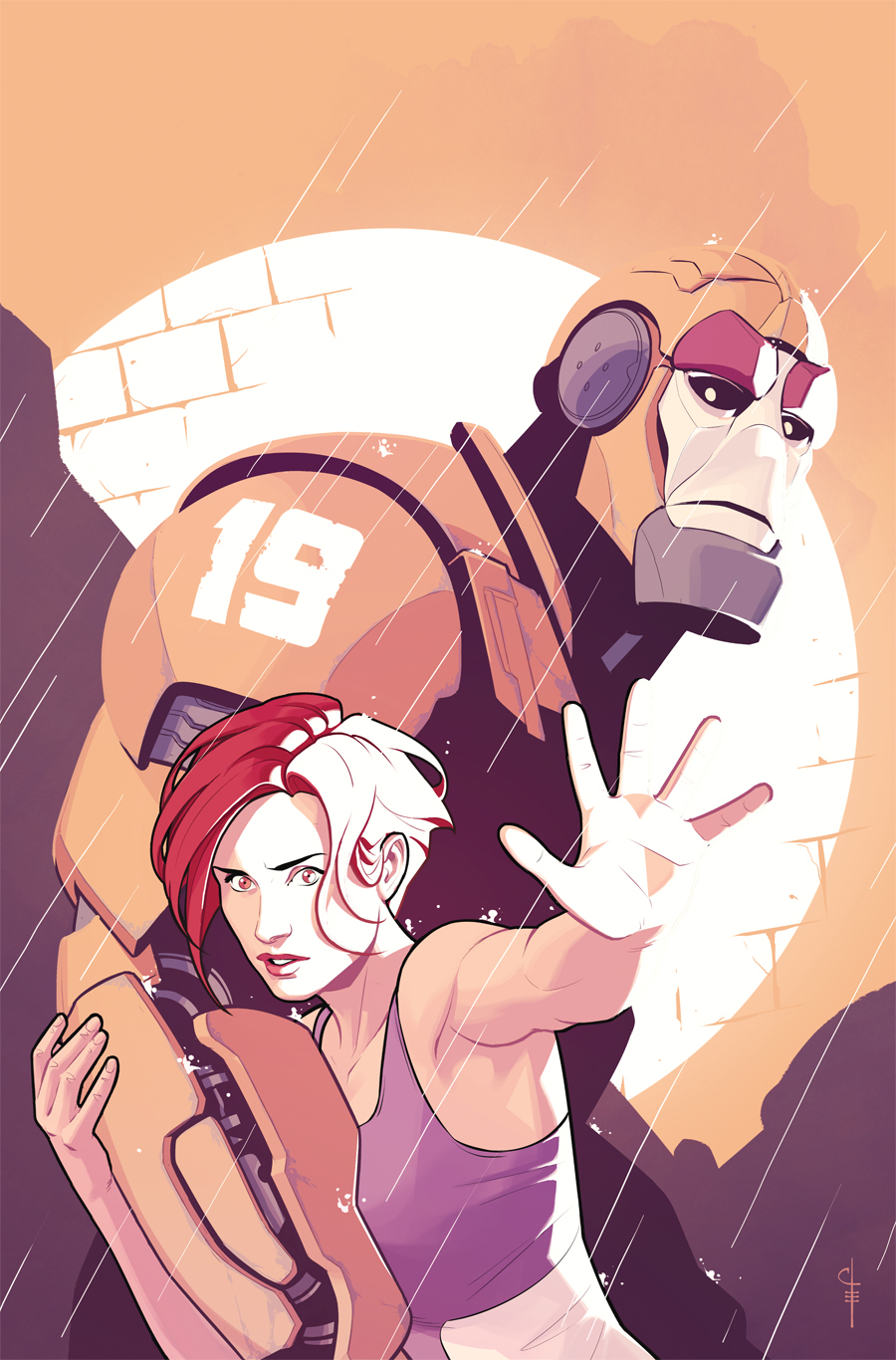 JUN181338
(W) Ryan Parrott (A) Omar Francia (CA) Chris Evenhuis
In a not-too-distant future, artificial intelligence has spawned a race of robots that serve all of humanity. Robots are considered second class citizens, but a few in the A.I. community are fighting back in a constant struggle for equal rights.
When a debilitating virus called "Rust" threatens all artificial life, salvation lies in the most unlikely of robotic heroes-not a warrior or an solider, but in an obsolete construction worker and a dedicated caregiver. Together, HALE-19 and AMBER-7T embark on a perilous journey in search of a cure that could potentially change the balance of power on Earth forever. The next bold adventure from Aftershock Comics begins here!
From writer Ryan Parrott (Saban's Go Go Power Rangers, Star Trek, Batman: Gates of Gotham) and new artist sensation Omar Francia (Star Wars, Mass Effect) comes an epic quest into a dazzling future world told through the lens of AfterShock Comics!
In Shops: Aug 15, 2018
SRP: $3.99
View All Items In This Series