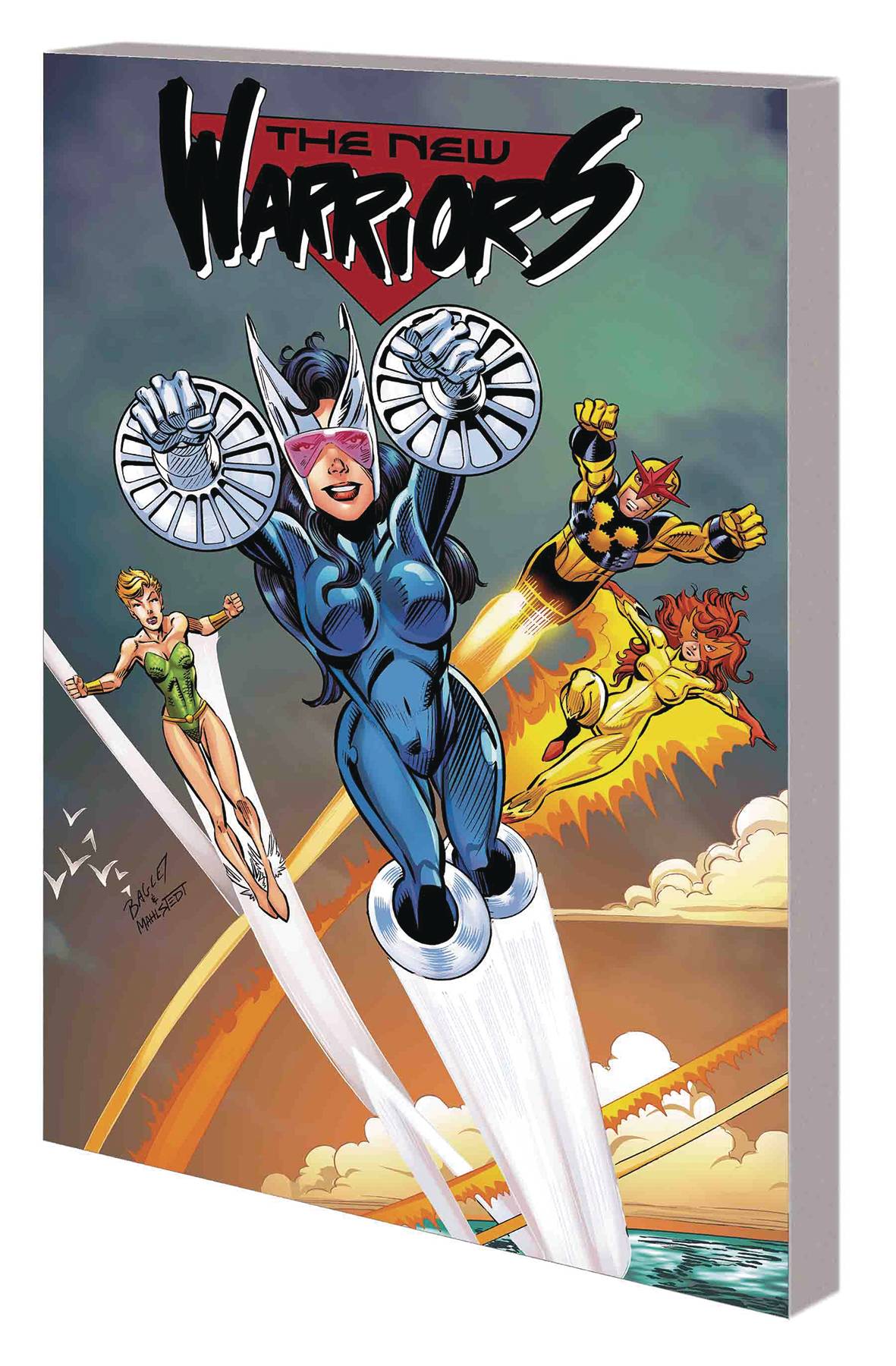 #
JUN180991
(W) Fabian Nicieza, More (A) Darick Robertson, Craig Brasfield, Dave Hoover, More (CA) Mark Bagley
As the Infinity War begins, Speedball and Rage take on their doppelgangers! But when the Warriors head to the Middle East to fight a whole different kind of war, they must face harsh truths - and make impossible decisions! Night Thrasher steps out of the Warriors' shadow to take care of business - learning the four key steps to control his own destiny! But when the Darkforce, source of Silhouette's powers, threatens to engulf New York City in eternal shadow, the Warriors - along with Spider-Man and Doctor Strange - must face the darkness within! Plus: Will Cloak and Dagger join the team? Who is (or are?) Turbo? And the imprisoned Marvel Boy begins his journey to justice! Collecting NEW WARRIORS (1990) #27-36 and ANNUAL #3, NIGHT THRASHER: FOUR CONTROL #1-4 and material from MARVEL HOLIDAY SPECIAL #2.
Rated T
In Shops: Aug 29, 2018
SRP: $34.99
ORDER WISH LIST