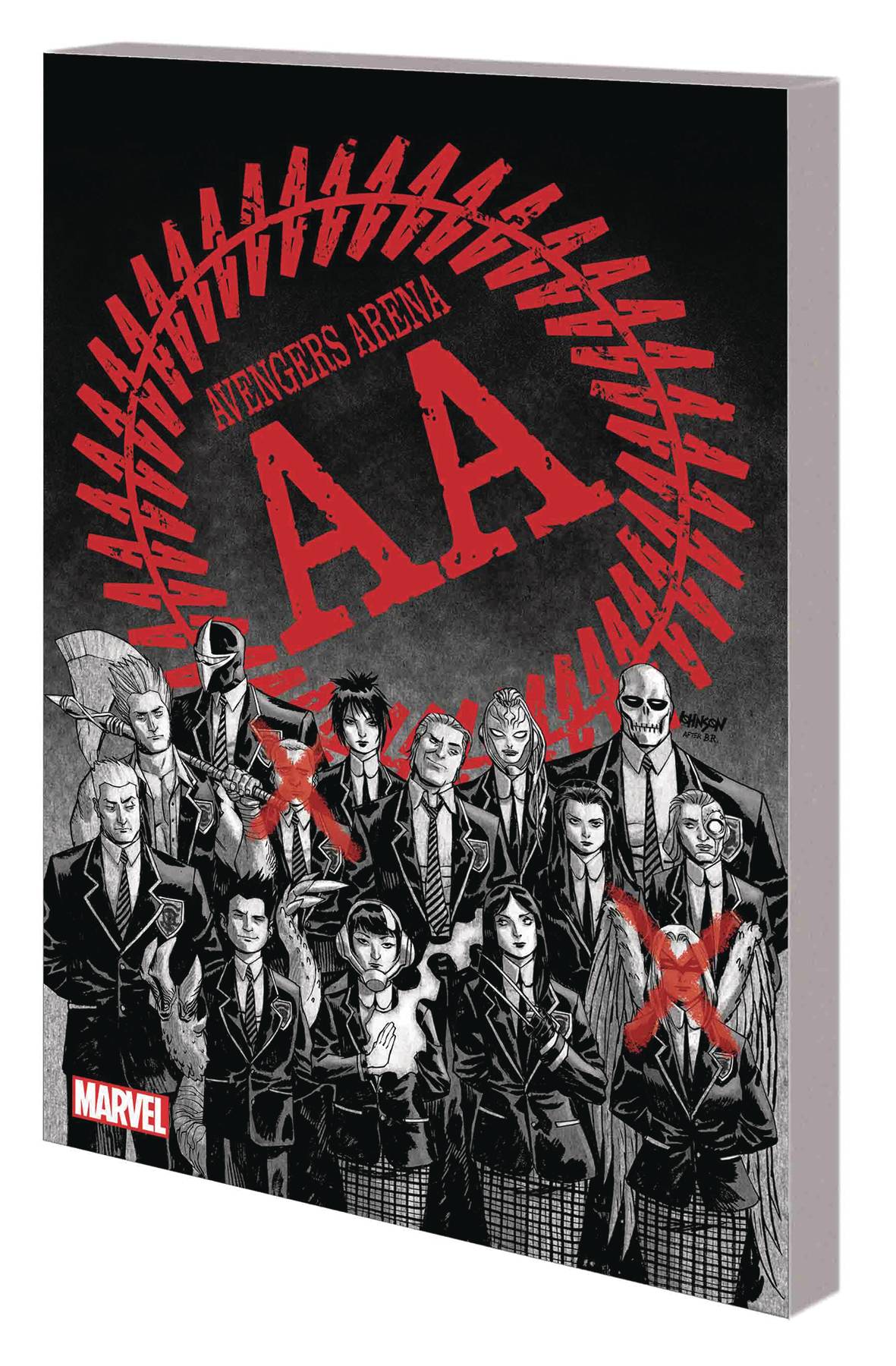 #
JUN180990
(W) Dennis Hopeless, Christos Gage (A) Kev Walker, Alessandro Vitti, Riccardo Burchielli, Karl Moline (CA) Dave Johnson
Trapped on an isolated island, 16 superhuman teens - including members of the Runaways and Avengers Academy - are given a chilling ultimatum by their demented captor: Fight or die. And only one of them will make it out alive! Thus begins a primal battle that tests each combatant's skills, stamina and morals. Welcome to Arcade's Murderworld - where secrets are plenty, alliances are fleeting and the key to victory might be rewriting the rules of the game! Cammi and Hazmat battle the mysterious Death Locket, and X-23 and Juston Seyfert's Sentinel join the fray - but who is the killer stalking the heroes in their sleep? Who are the students of the Braddock Academy? And why does Darkhawk equal death? As emotions run high and the bloody final battle draws ever closer, who will find a way to survive? Collecting AVENGERS ARENA #1-18.
Rated T+
In Shops: Aug 29, 2018
SRP: $39.99
ORDER WISH LIST