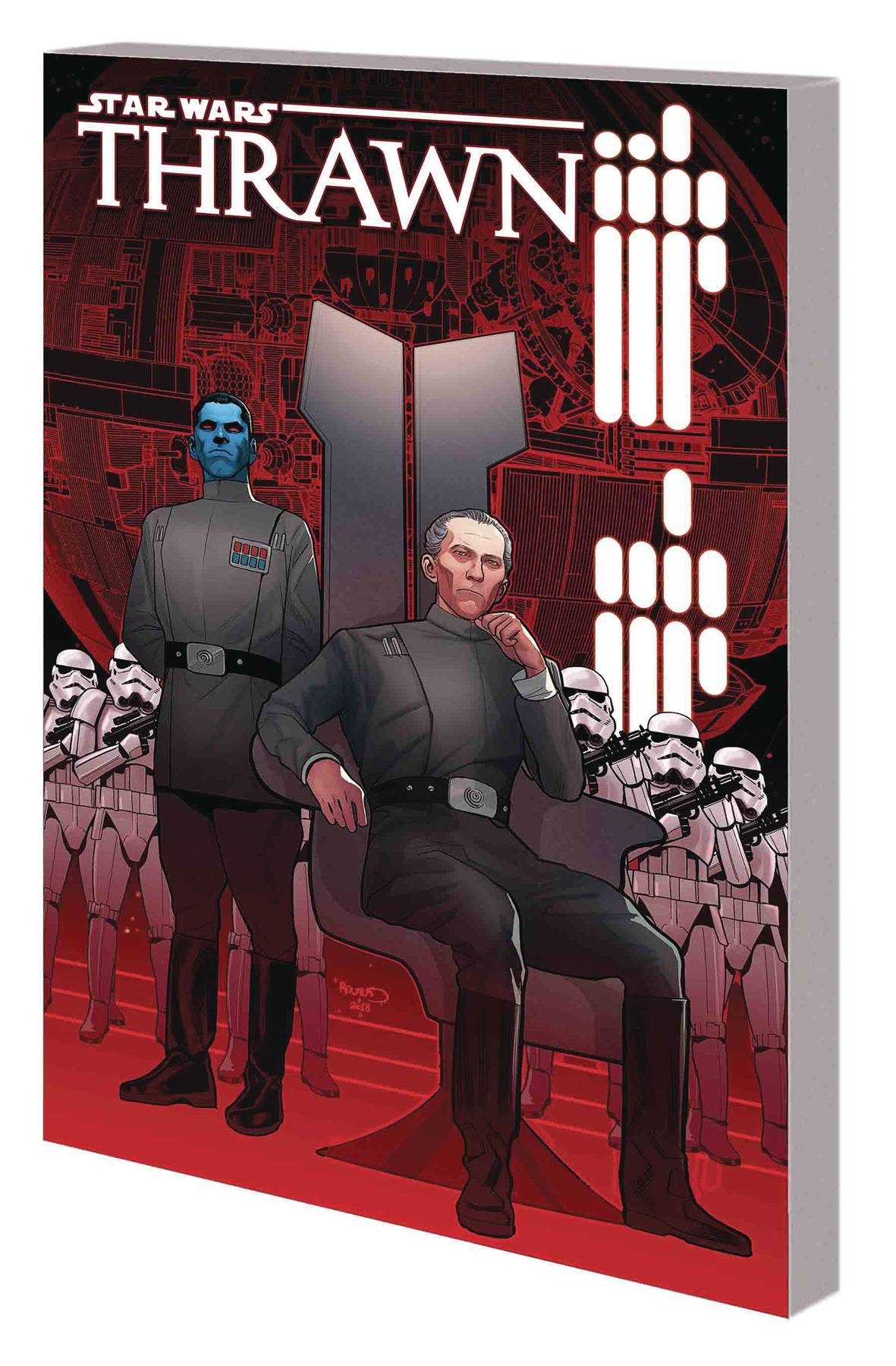 #
JUN180981
(W) Jody Houser (A) Luke Ross (CA) Paul Renaud
He's one of the most cunning and ruthless warriors in the history of Star Wars! Now, discover how Grand Admiral Thrawn became one of the most feared military tacticians in a galaxy far, far away. Jody Houser and Luke Ross adapt Timothy Zahn's New York Times best-selling novel about Thrawn's rise through the Imperial ranks! Meet young Lieutenant Thrawn, who graduated the Imperial Academy with the highest marks possible. He's been assigned his own personal assistant, Ensign Eli Vanto, and is ascending quickly - but that doesn't mean everyone in the Imperial Navy wants him to succeed. And Thrawn isn't the Empire's only rising star - so is Arihnda Pryce. The two rivals' paths will cross, and tensions will run high, when they discover a dark secret within the Empire. Collecting STAR WARS: THRAWN #1-6.
Rated T
In Shops: Sep 12, 2018
SRP: $17.99