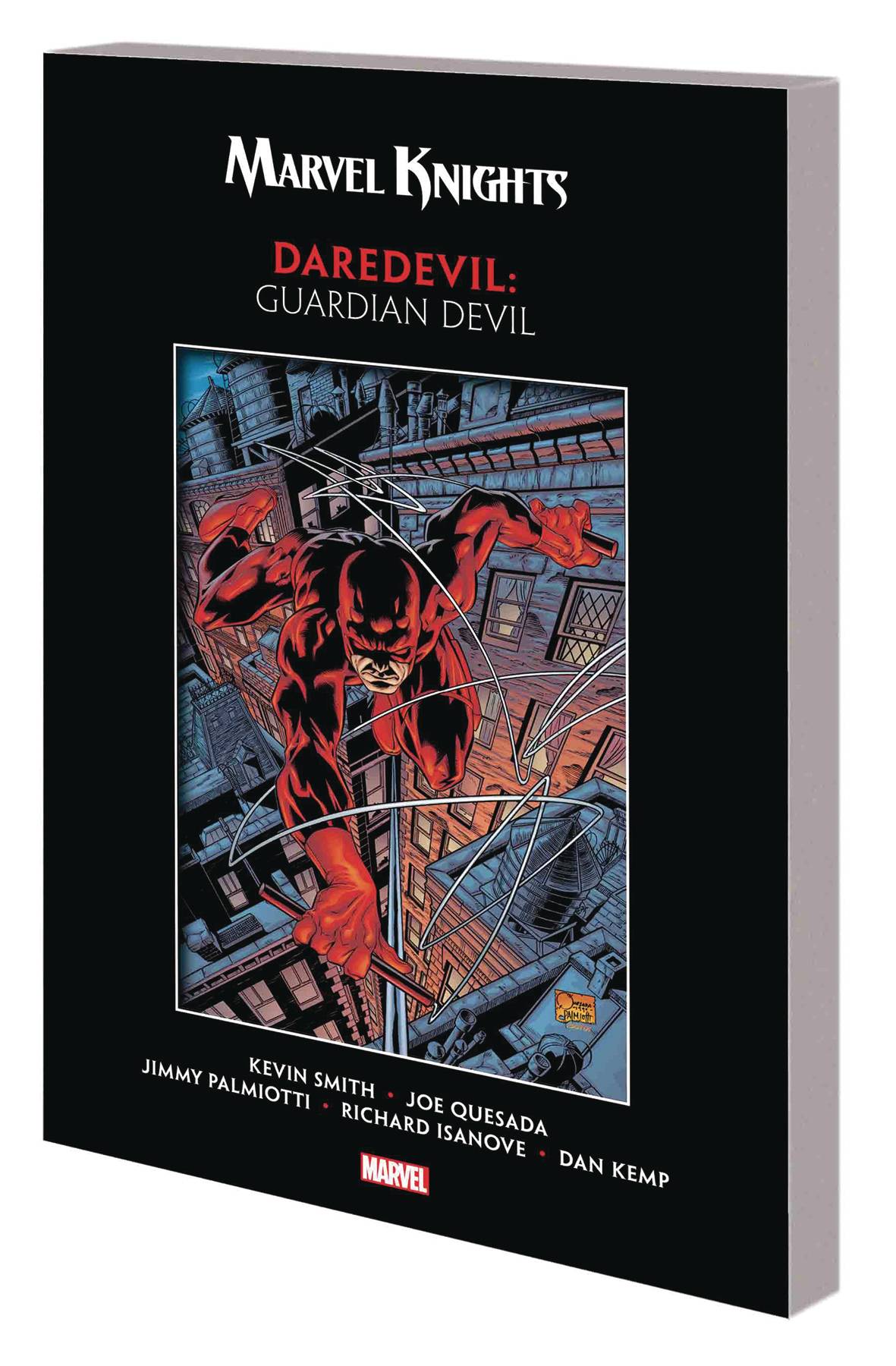 #
JUN180966
(W) Kevin Smith (A) More (A/CA) Joe Quesada
A scared teenager on the run. An infant child some say is humanity's savior. A former lover whose life is now hobbled by a terrible secret. A law partner accused of a horrible crime. A city overcome by an inscrutable menace. They need a guardian. Someone to protect them. Someone with faith in them. They need the Man Without Fear: Daredevil! The Marvel Knights imprint's very first offering, "Guardian Devil" is a modern classic, one that found Kevin Smith (Clerks, Chasing Amy) confidently transitioning from writing acclaimed screenplays to comics that hit the top of sales charts and critics' lists. It also found artist Joe Quesada at his peak as the stylist who would usher Marvel Comics into the 21st century! Collecting DAREDEVIL (1998) #1-8 and #1/2.
Rated T+
In Shops: Sep 12, 2018
SRP: $19.99
ORDER WISH LIST