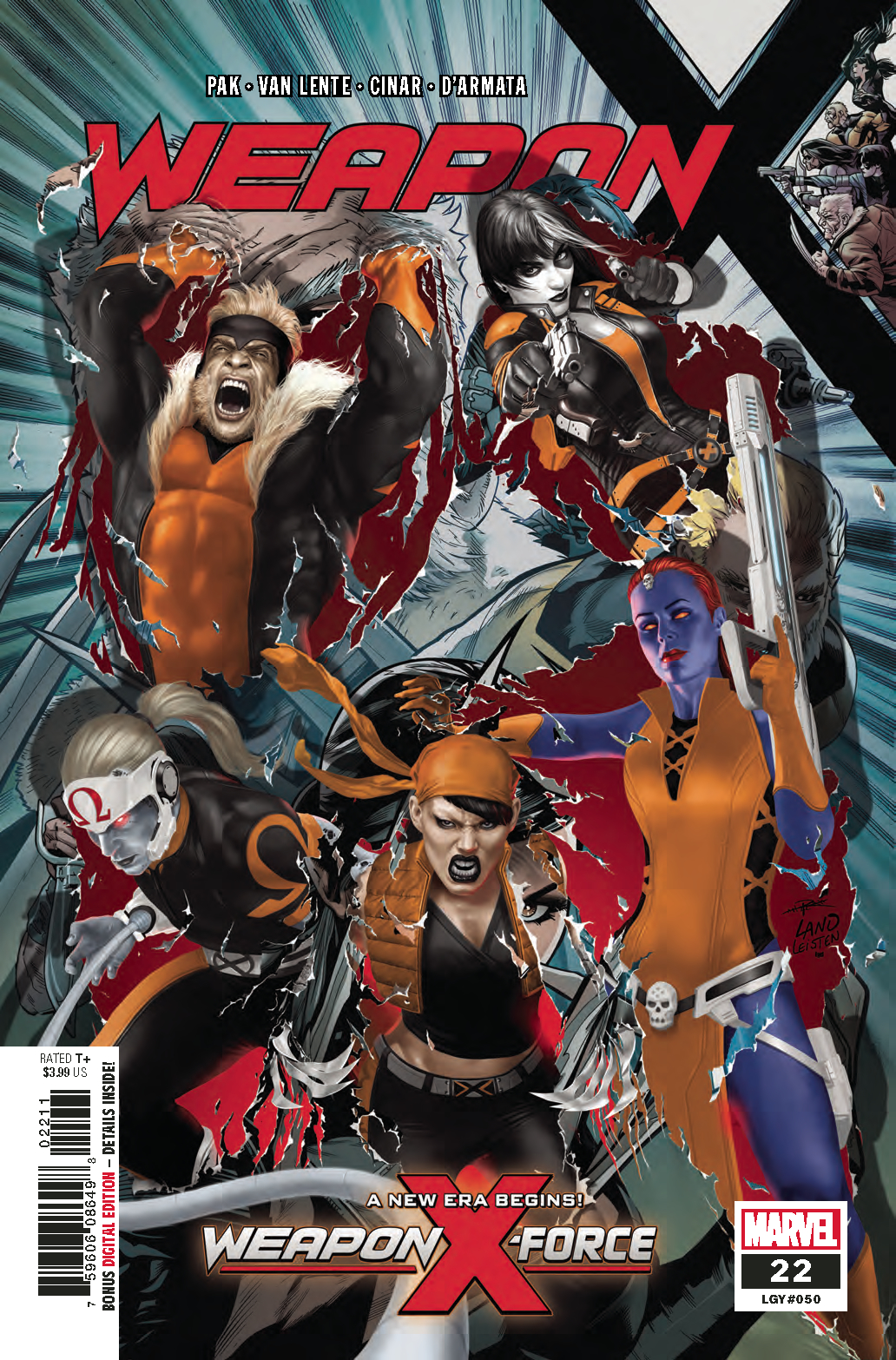 JUN180935
(W) Greg Pak, Fred Van Lente (A) Yildiray Cinar (CA) Rahzzah
A FRESH START FOR WEAPON X!
They were hunters who became the hunted... They were enemies forced to become allies... They were a ticking time bomb that had no choice but to fall apart... Out of the ashes of Team Weapon X, a new crew is borne! Sabretooth is putting together a team that is willing to do what other X-Men won't, willing to wade into blood and filth to protect mutantkind! But who will make the cut? Don't miss the debut of WEAPON X-FORCE!
Rated T+
In Shops: Aug 15, 2018
SRP: $3.99
View All Items In This Series