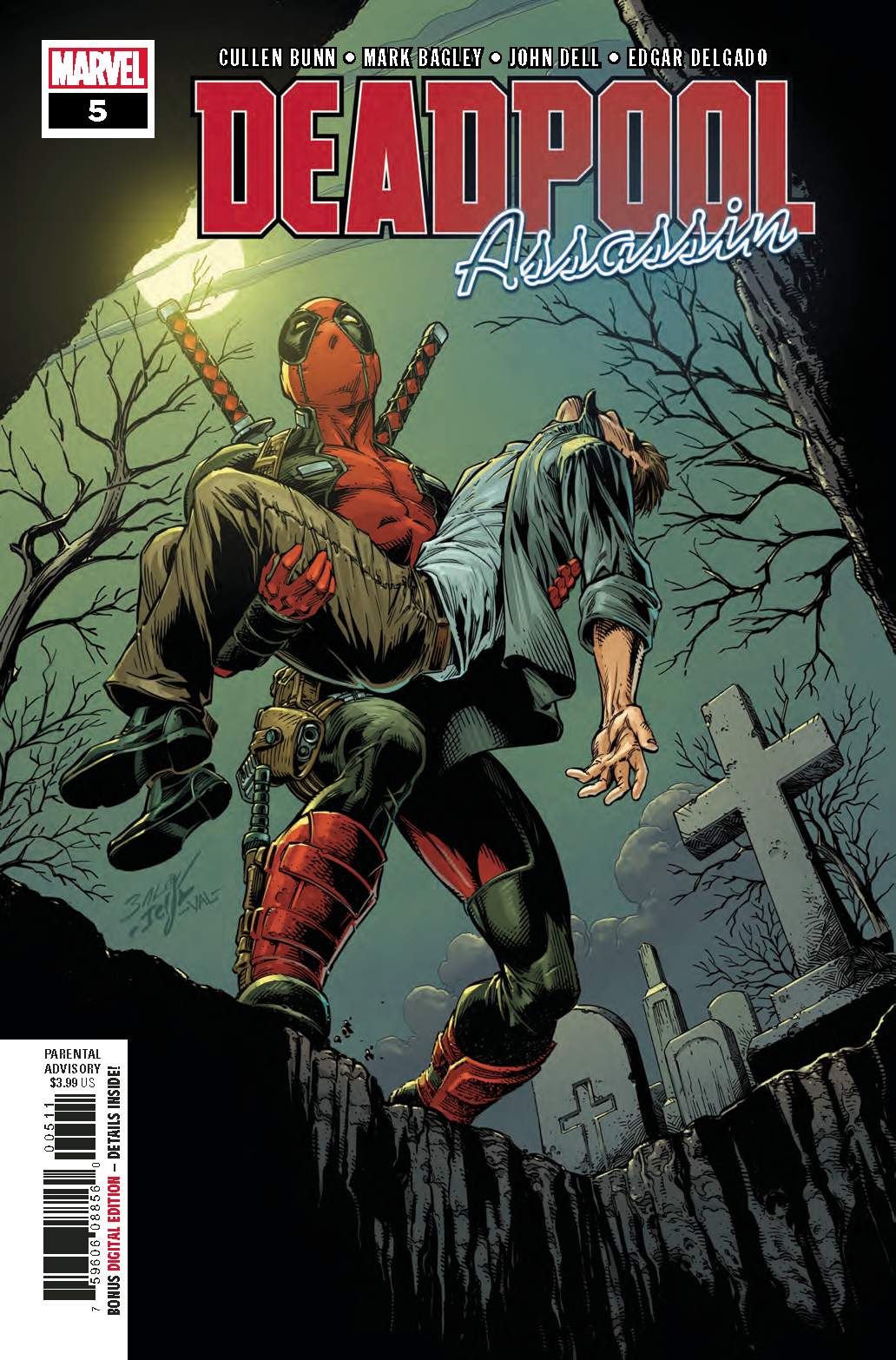 JUN180930
(W) Cullen Bunn (A) J. P. Mayer (A/CA) Mark Bagley, John Dell
• The Assassins Guild has been hunting Deadpool and the people he cares about, but they messed with the wrong Merc!
•  IN THIS ISSUE - Deadpool and his pals take the fight to the guild and hit 'em where they live...LITERALLY.
•  I mean it! Deadpool and co. ATTACK THE ASSASSINS GUILD HEADQUARTERS...AND NOT EVERYBODY MAKES IT OUT ALIVE!
Parental Advisory
In Shops: Aug 15, 2018
SRP: $3.99
View All Items In This Series