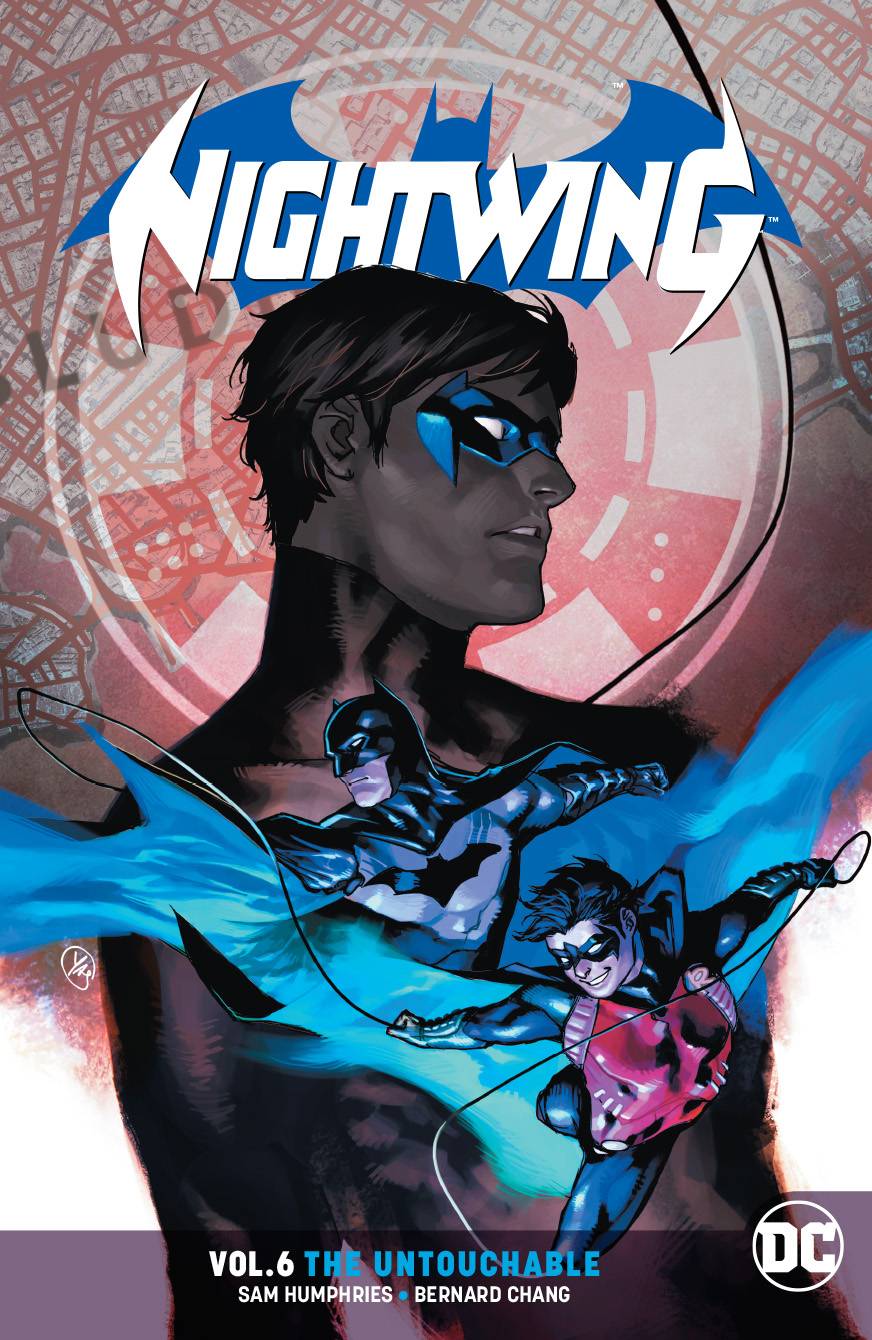 #
JUN180584
(W) Sam Humphries, Collin Kelly, Jackson Lanzing, Michael Moreci (A) Bernard Chang, Klaus Janson, Jamal Campbell, Phil Jimenez, Jorge Corona, Minkyu Jung, Matt Santorelli (CA) Yasmin Putri
Nightwing finally feels like he's got his life in Blüdhaven under control. But the one thing he wasn't expecting was for a case from his past in Gotham City to rear its head here-a murderer he never set eyes on, but whose unmistakable signature has arrived in his new city! Then, when Damian Wayne disappears during a solo mission to Tokyo, Nightwing must enter the seedy underworld to save the boy who was once his Robin. Collects #35-43.
In Shops: Sep 12, 2018
SRP: $19.99
View All Items In This Series
ORDER WISH LIST