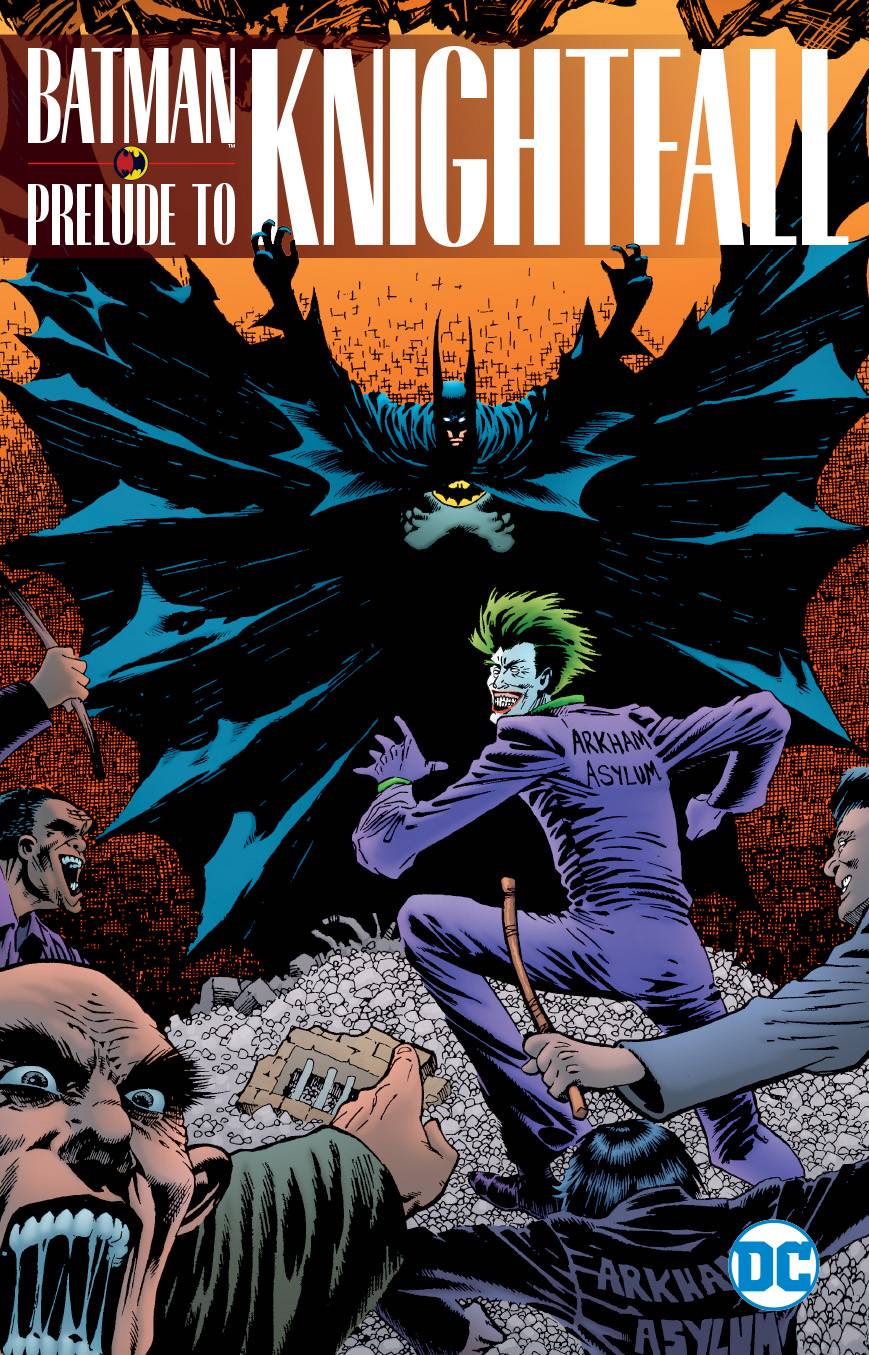 #
JUN180560
(W) Doug Moench, Chuck Dixon (A) Graham Nolan, Tom Grindberg, Jim Aparo, Eduardo Barreto, Michael Netzer, Tom Mandrake, Trevor Scott, Scott Hanna, Luke McDonnell (CA) Kelley Jones
The event that changed Batman's world forever kicks off with this new volume, including never-before-collected material, in  stories from BATMAN: VENGEANCE OF BANE #1, BATMAN #484-491 and DETECTIVE COMICS #654-658. Bane, the man destined to one day destroy Batman, has his sights set on taking over Gotham City, just as the Dark Knight is starting to feel he has lost his edge as he is forced to deal with the return of Black Mask, a crazed killer called Metalhead and an assassin hired to take out Commissioner Gordon.
In Shops: Sep 05, 2018
SRP: $19.99
ORDER WISH LIST