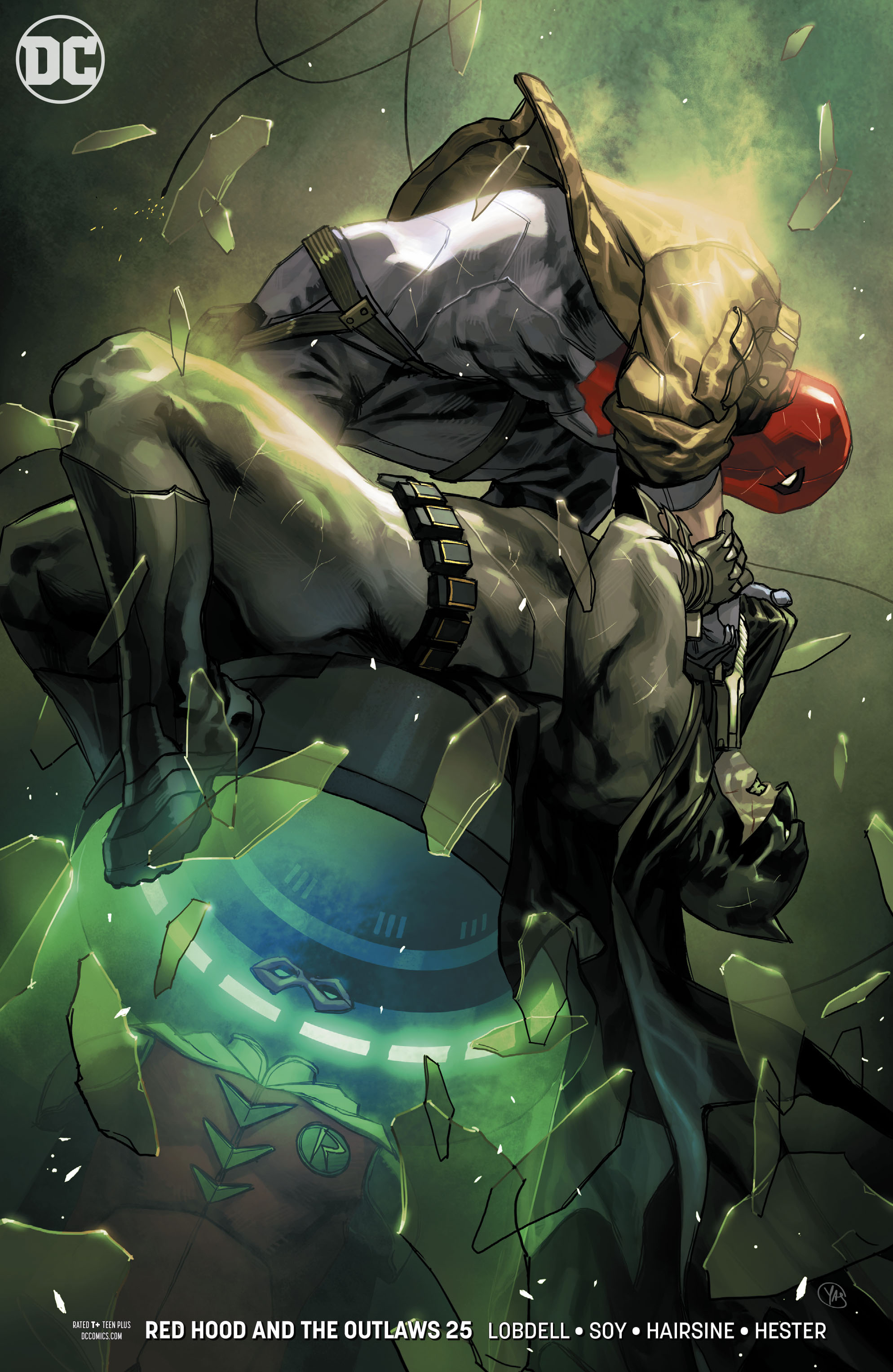 JUN180526
(W) Scott Lobdell (A) Dexter Soy, Trevor Hairsine, Ryan Winn, Phil Hester, Ande Parks (CA) Yasmin Putri
Batman versus Red Hood for the right to fight in Gotham-grab your ringside seat for the battle 25 years in the making! Jason Todd broke a promise to his mentor, and must now confront an angry and betrayed Batman. That means a good time for readers, but probably not so much for Jason: it's likely going to take more than the Outlaws' help in order for the Red Hood to avoid wearing an orange jumper in prison.
In Shops: Aug 08, 2018
SRP: $4.99
View All Items In This Series