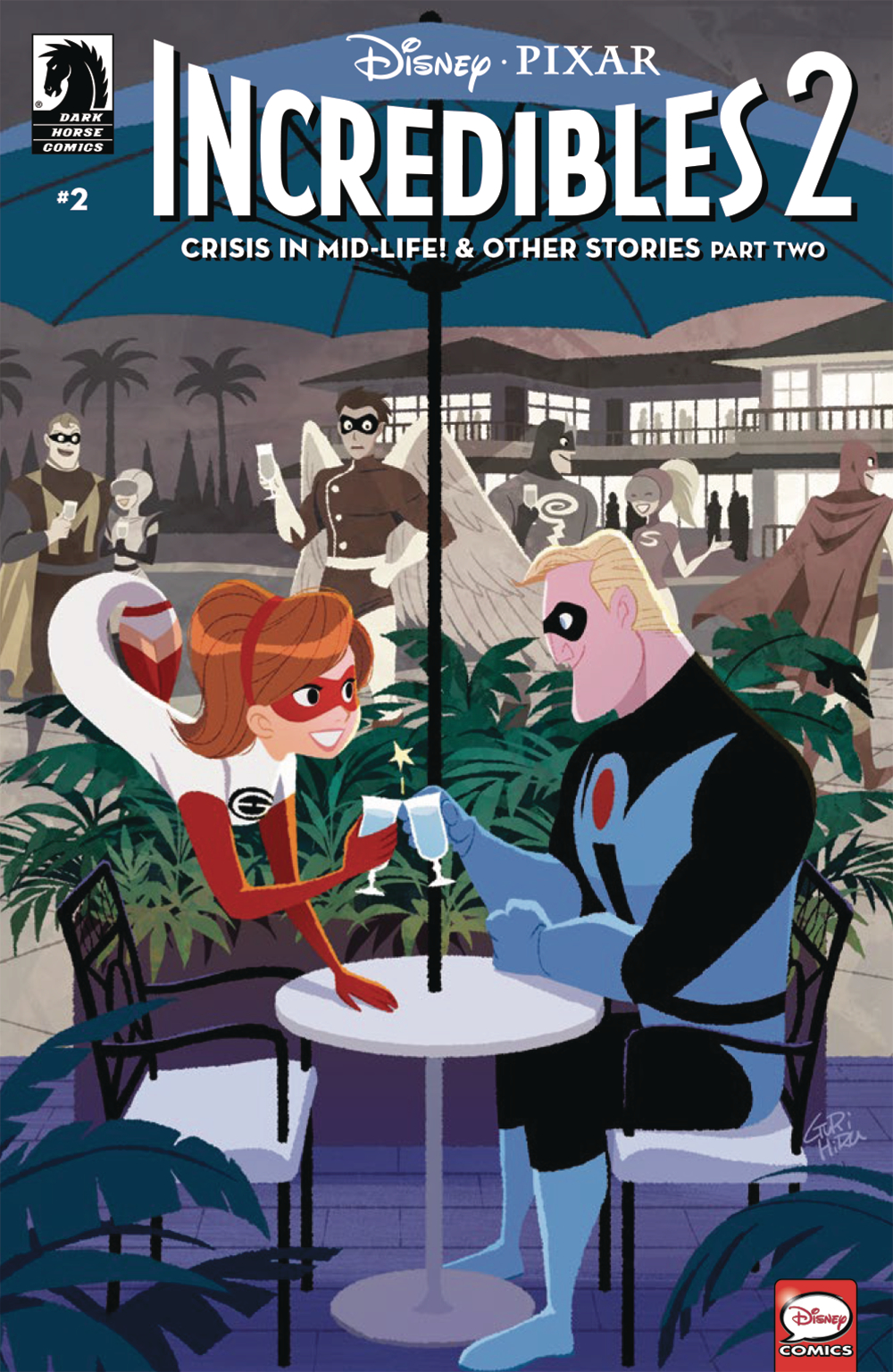 JUN180304
(W) Christos Gage, Landry Quinn Walker (A) J. Bone, Andrea Greppi, Roberta Zanotta, Dan Jackson, Angela Capolupo (A/CA) Gurihiru
Bob and the kids have begun Superhero training-to make this generation of the Incredibles family the most incredible ever! Helen's reservations about the intensity of the training are realized when Dash and Violet's rookie mistakes lead Bob to redouble their training . . . Meanwhile, Bob's continued bedtime story turns into something the kids can never unhear-it began as a mushy date night with Elastigirl! Then in an adventure all his own, Jack-Jack drops a cookie and receives unexpected assistance from an army of ants!

oThree original stories are set during and after DisneyoPixar's The Incredibles 2 feature film!
In Shops: Aug 15, 2018
SRP: $3.99
View All Items In This Series
ORDER WISH LIST