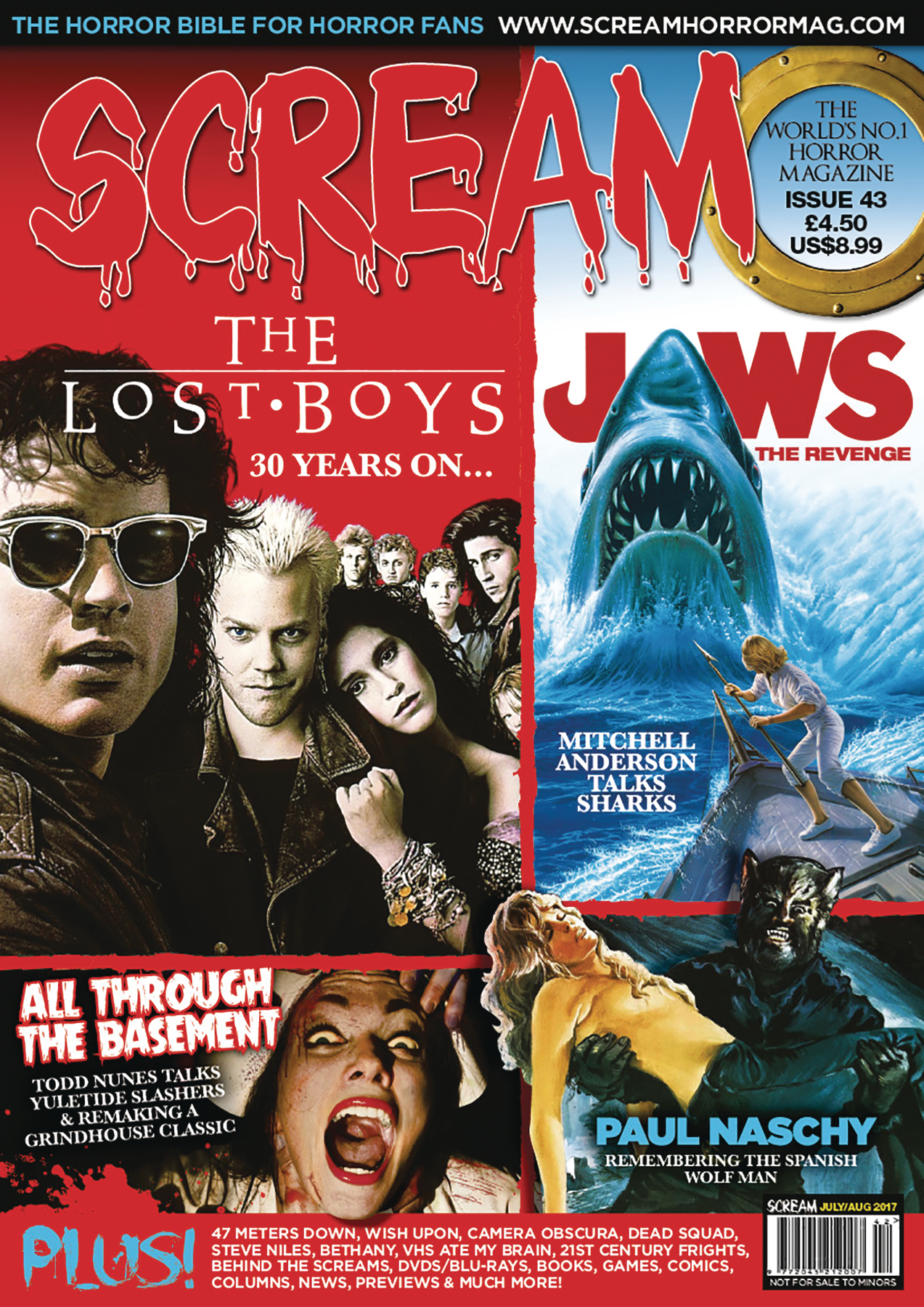 JUN172333
Scream is the biggest horror magazine on the planet and the place to go for exclusive interviews, on location reports and behind-the-scenes (or should that be screams!?) access from the most popular movie and TV shows. In the latest bumper bloody edition Scream delves into the world of vampires with a retrospective 30 year look back at The Lost Boys. Mitchell Anderson talks exclusively about his role in Jaws: The Revenge, and David F. Sandberg reveals the secrets about his upcoming scary doll horror flick, Annabelle: Creation. Plus as usual there is plenty of DVD/Blu-ray reviews, horror comics, books, previews, features, columns and much more...