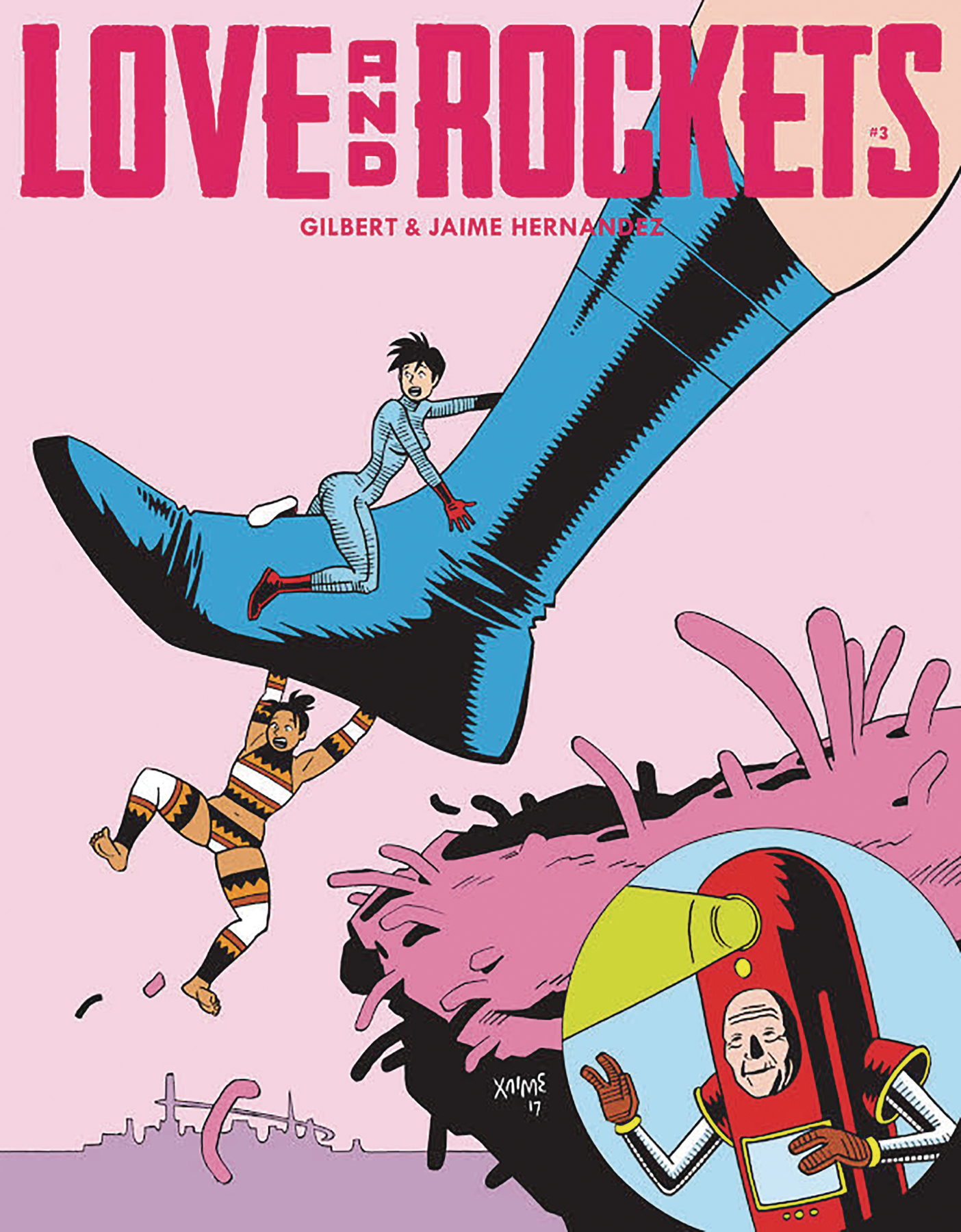 JUN171671
(W) Gilbert Hernandez, Jaime Hernandez (A/CA) Gilbert Hernandez, Jaime Hernandez
What is "punk"? What did it all mean? What does it mean now? What will it mean in the end? The Locas girls's punk reunion has come to a close but the evening has just begun. Also, the Animus situation has gotten too BIG for reunited sisters Lumina and Isla. Meanwhile, on the Gilbert side: Fritz starred in a Dr. Who ripoff only to see her 10-year-old daughter take over the role before returning to the show's last episode 5 years later. Meanwhile, Fritz's newly reunited twin daughters get to (uncomfortably) know one another and meet a classic Palomar character (or three)!
In Shops: Aug 02, 2017
SRP: $4.99
View All Items In This Series
ORDER SUBSCRIBE WISH LIST