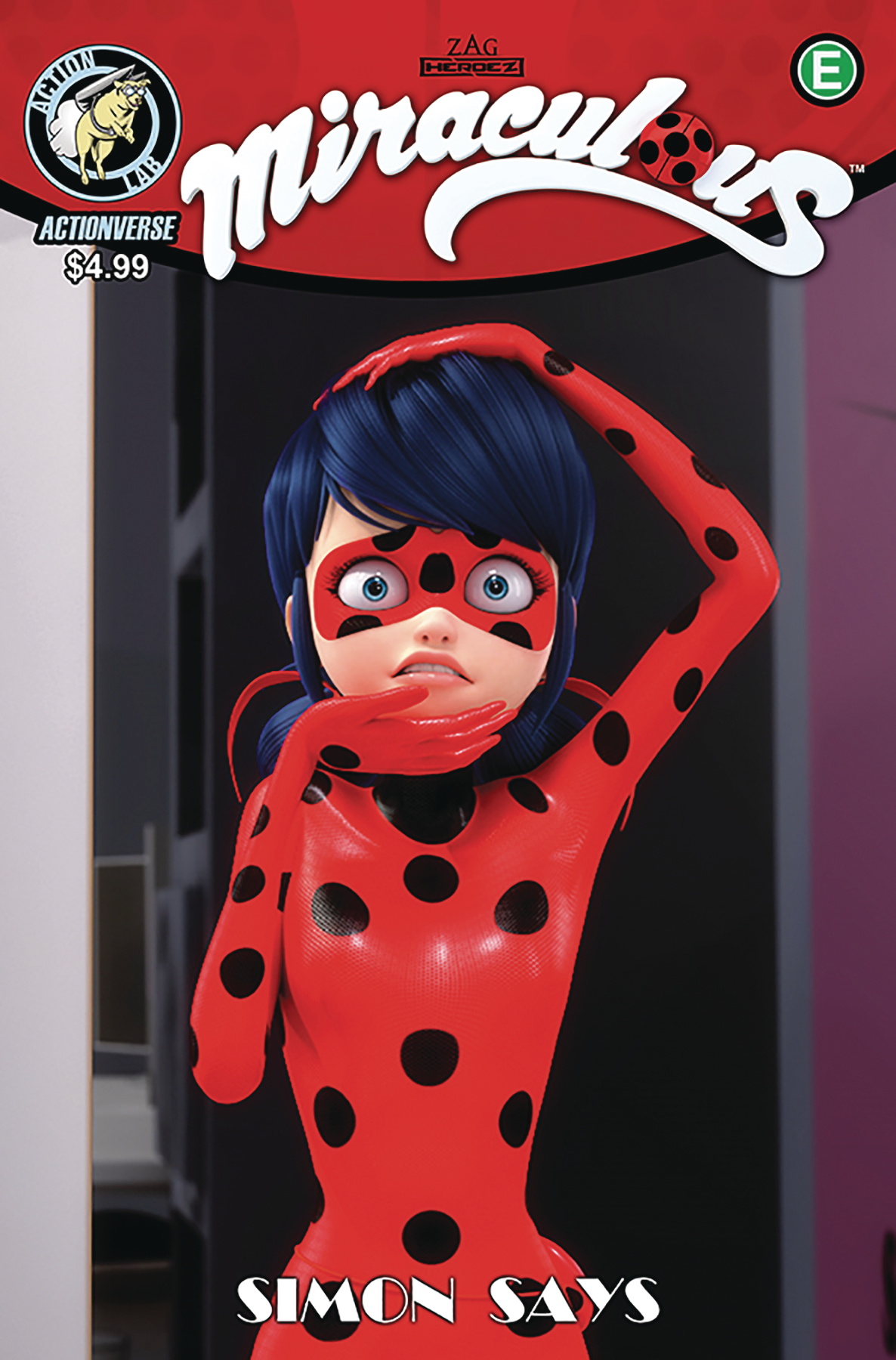 JUN171085
(W) Zag Entertainment (A/CA) Zag Entertainment
Humiliated in a TV talent contest where he performed a hypnotist act, Simon gets akumatized and turns into Simon Says. Now endowed with an amazing power of hypnosis, he only had to say "Simon Says" before any request to have people obey him. Simon Says: Destroy Ladybug and Cat Noir!
In Shops: Nov 22, 2017
SRP: $4.99
View All Items In This Series