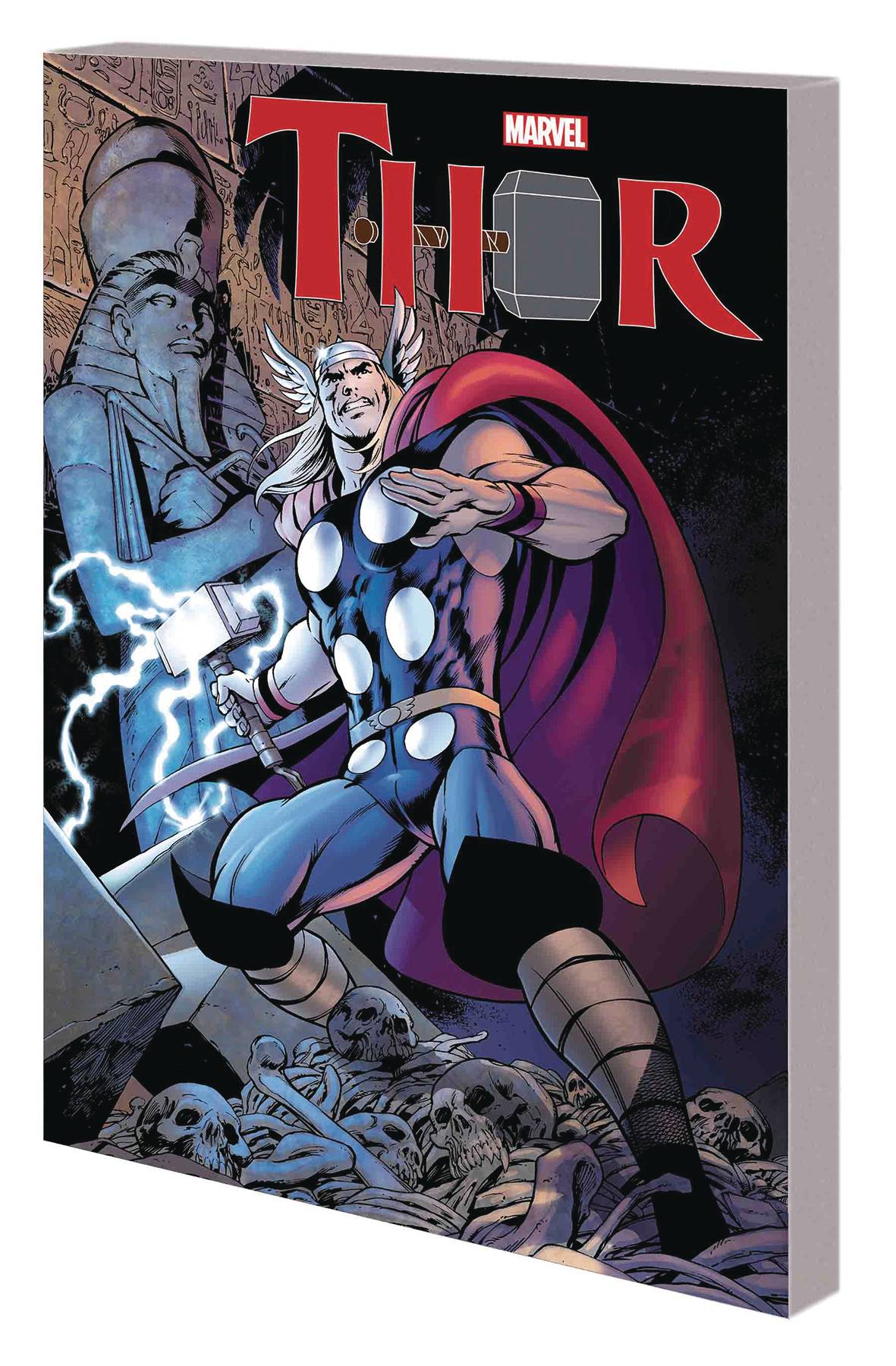 #
JUN171062
(W) Alan Davis, Mike Carey, Peter Milligan, Paul Jenkins (A) Tonci Zonjic, Ariel Olivetti, Mark Texeira, Pascal Alixe, Lan Medina, Mike Perkins, Cary Nord, Mico Suayan, Tom Grindberg (A/CA) Alan Davis
Legendary talents tell tantalizing tales of Asgard! Thor and his allies visit ancient Egypt - and leave behind a startling legacy! Hela, goddess of the underworld, unleashes her demon hordes on Earth! In the aftermath of an epic battle with the Frost Giants, Thor stands trial for murder - and the verdict will fill him with rage! Exiled and wounded, he must face a pantheon from his past! And on the verge of Ragnarok, all of Asgard comes under attack from armies of darkness! Can Thor wrest victory from the jaws of defeat and save his homeland from destruction? Collecting THOR: TRUTH OF HISTORY, WOLVES OF THE NORTH, THE TRIAL OF THOR and THE RAGE OF THOR; THOR ANNUAL (2009) #1; THOR: HEAVEN & EARTH #1-4; and material from DARK REIGN: THE CABAL.
Rated T+
In Shops: Sep 20, 2017
SRP: $29.99