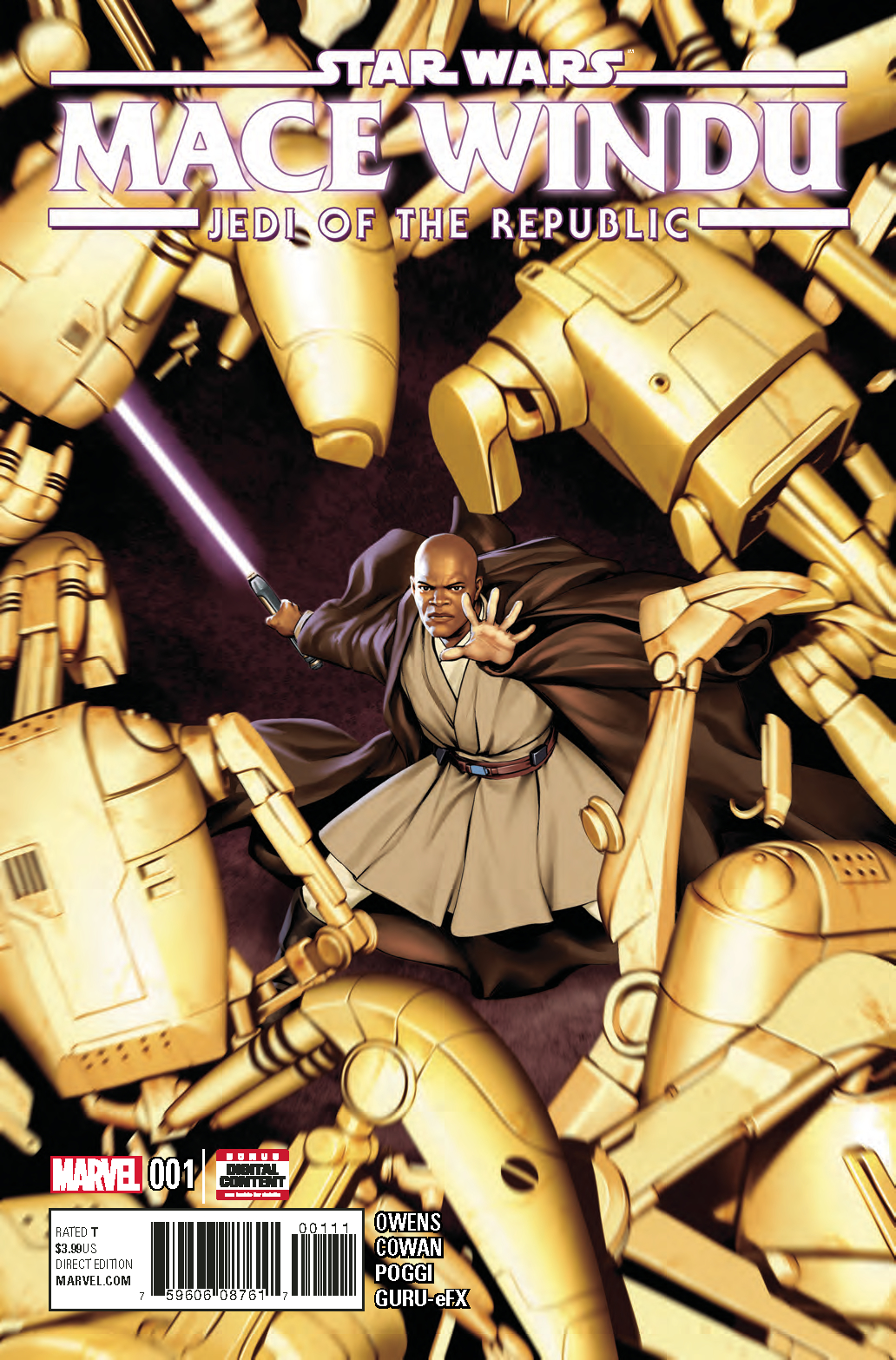 JUN171002
(W) Matt Owens (A) Denys Cowan, Roberto Poggi (CA) Jesus Saiz
For over a thousand generations, the Jedi have been the peacekeepers of the galaxy...but now, at the dawn of the Clone Wars, they find themselves in a new role: generals in the Army of the Republic. As Mace Windu, one of the Jedi's greatest warriors, leads a small unit of Jedi into battle shortly after the war begins, the Jedi must make peace with their new role, or be lost to the violence around them!
Rated T
In Shops: Aug 30, 2017
SRP: $3.99
View All Items In This Series