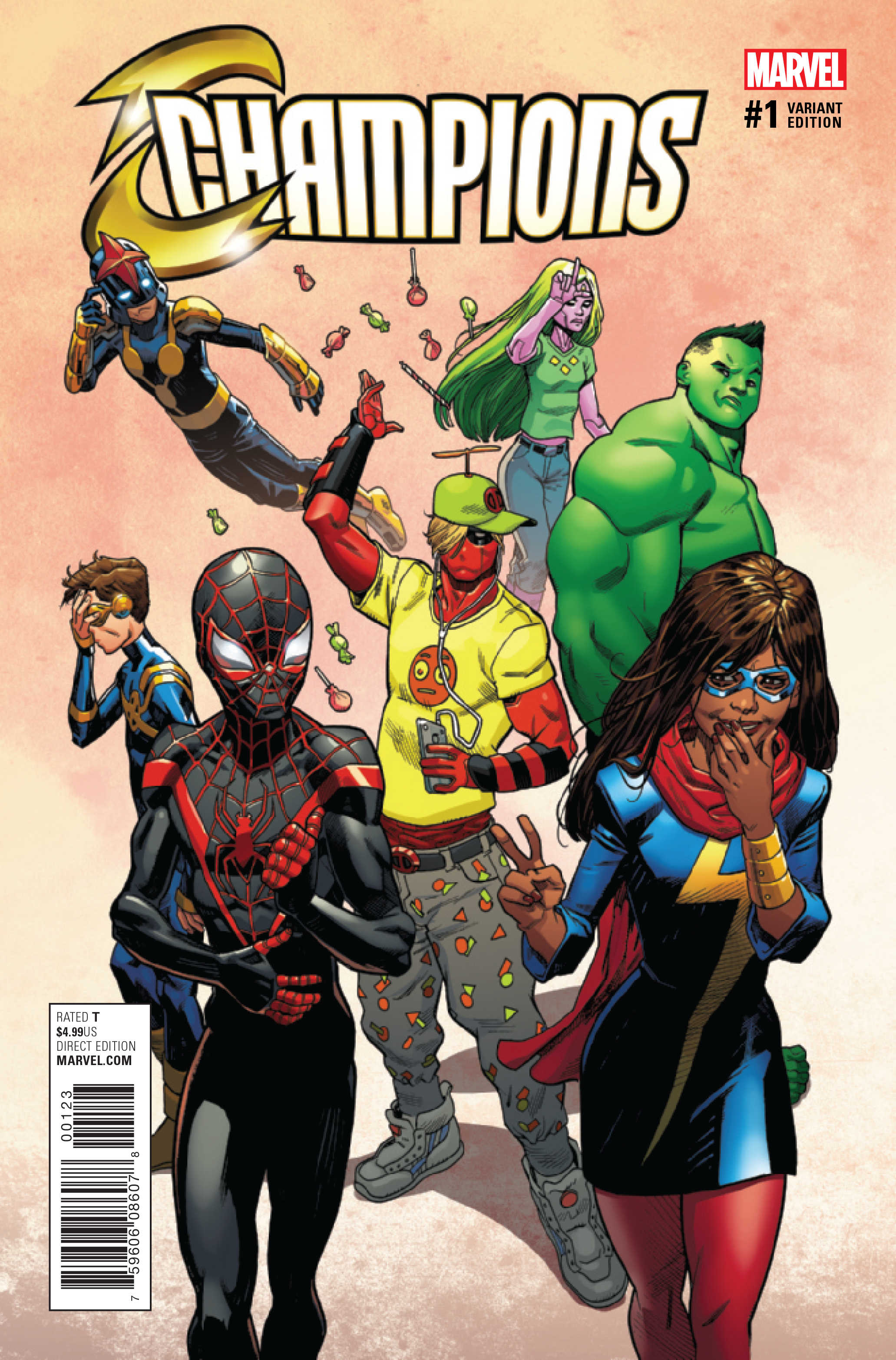 JUN169072
(W) Mark Waid (A) Humberto Ramos (CA) Mike Hawthorne
Following the fallout of CIVIL WAR II, Avengers Ms. Marvel, Nova and Spider-Man strike out on their own - joined by Cyclops, Viv Vision and the Totally Awesome Hulk! Six young heroes determined to change the world - and they're only the beginning!
Rated T
In Shops: Oct 05, 2016
SRP: $4.99
View All Items In This Series