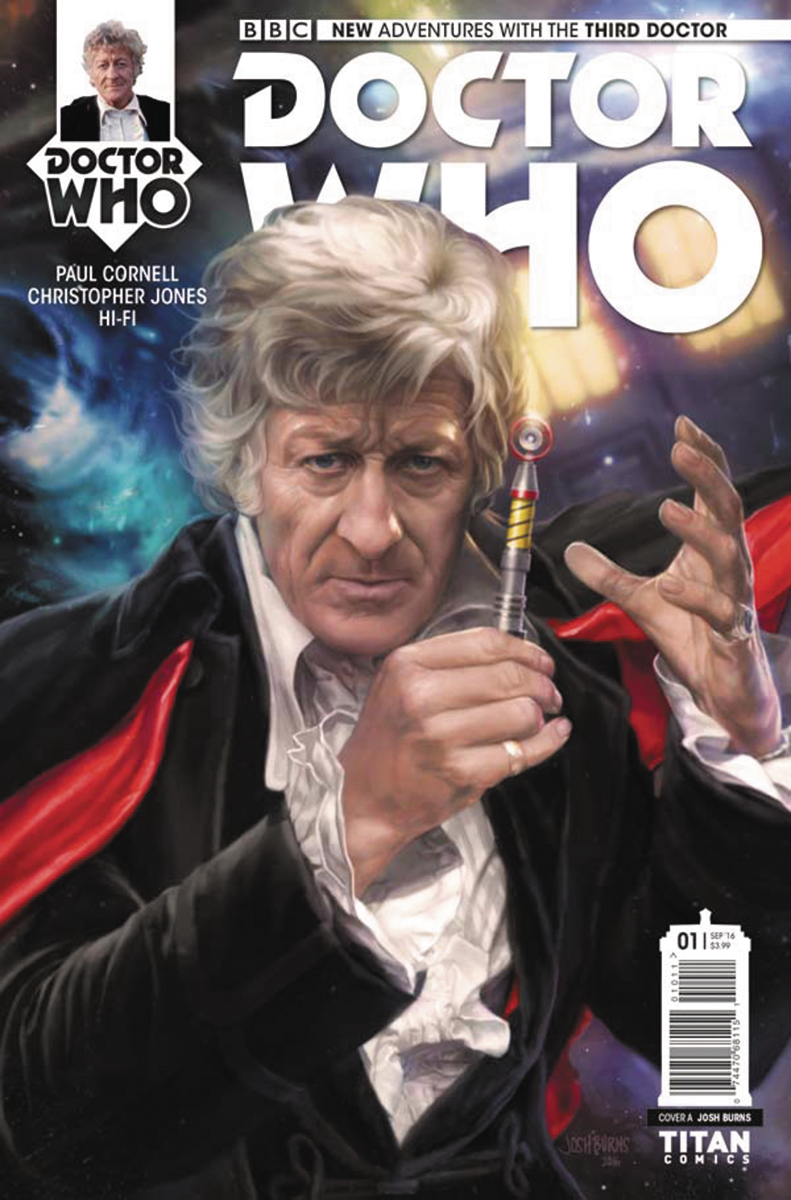 JUN161758
(W) Paul Cornell (A) Christopher Jones (CA) Josh Burns
Paul Cornell returns to Doctor Who comics with "The Heralds of Destruction!" When something enormous crashes into Bedfordshire, the Doctor, Jo Grant, and the forces of UNIT under Brigadier Lethbridge-Stewart mobilize immediately, only to find themselves in the middle of a pitched battle against a terrifying invader. But the shocking face that awaits their return to base may tip the whole world off its axis! It's classic third Doctor action as you've never seen it before!
In Shops: Sep 14, 2016
SRP: $3.99
View All Items In This Series
ORDER WISH LIST