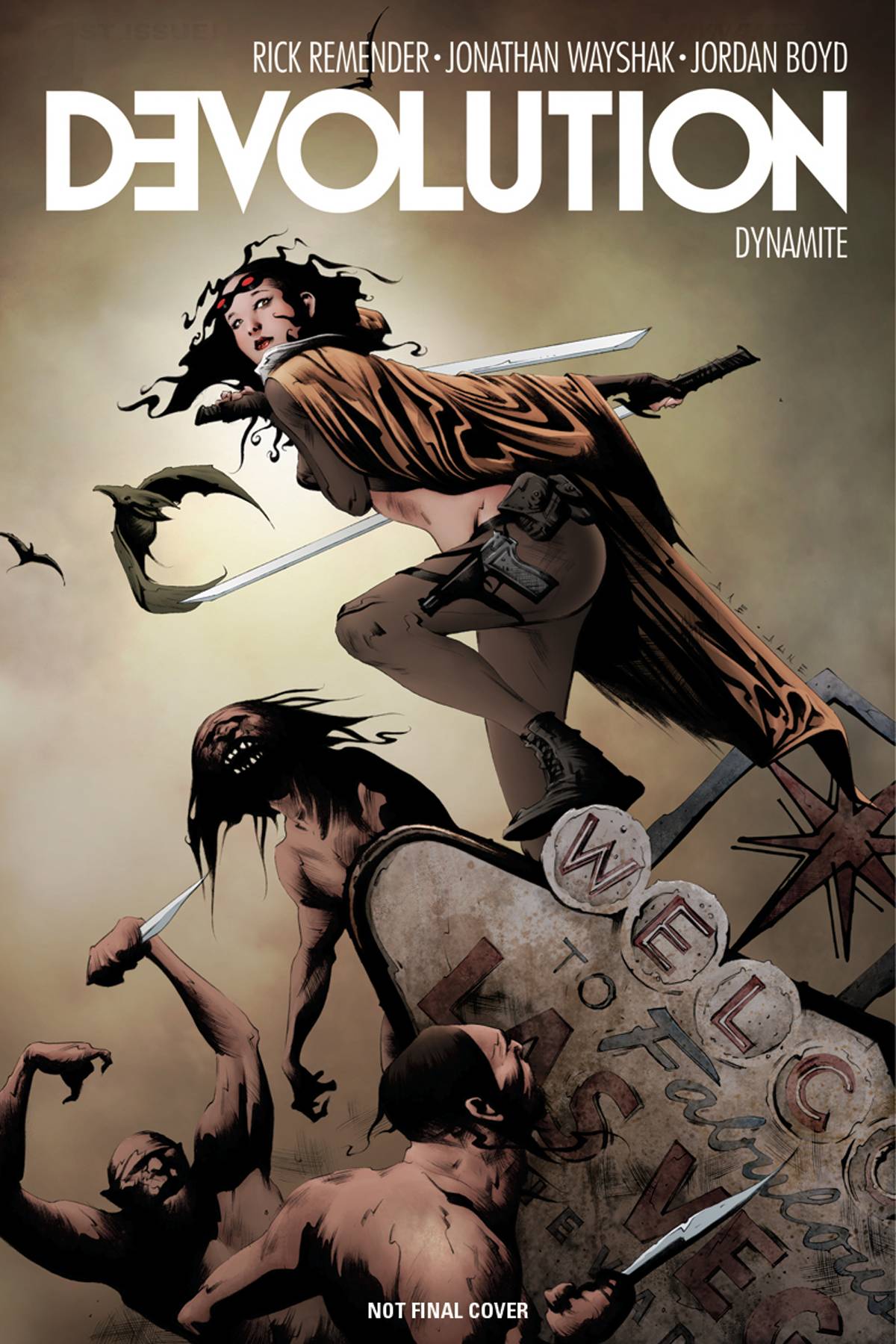 #
JUN161381
(W) Rick Remender (A) Jonathan Wayshak (CA) Jae Lee
Every living creature on Earth has been devolved - the evolutionary clock turned back, reverting all life to odd mutations and prehistoric incarnations. The cities of man are little more than bloody territories ruthlessly dominated by tribal Neanderthals ruling from the backs of mammoths, packs of saber-toothed tigers, and giant man-eating insects. Raja, one of the few remaining "Still Sapien" humans, heads to San Francisco to find the antidote for the world-changing DVO-8 viral agent. But to cross the wasteland, she'll have to convince the last pocket of humanity to join her quest... and survive the Nazi hillbillies that rule them through fear!
Rick Remender, the acclaimed writer of Black Science, Low, and Deadly Class, unleashes a high-octane dystopian masterpiece on the world, featuring the brilliant artistry of Jonathan Wayshak!
In Shops: Aug 10, 2016
SRP: $19.99