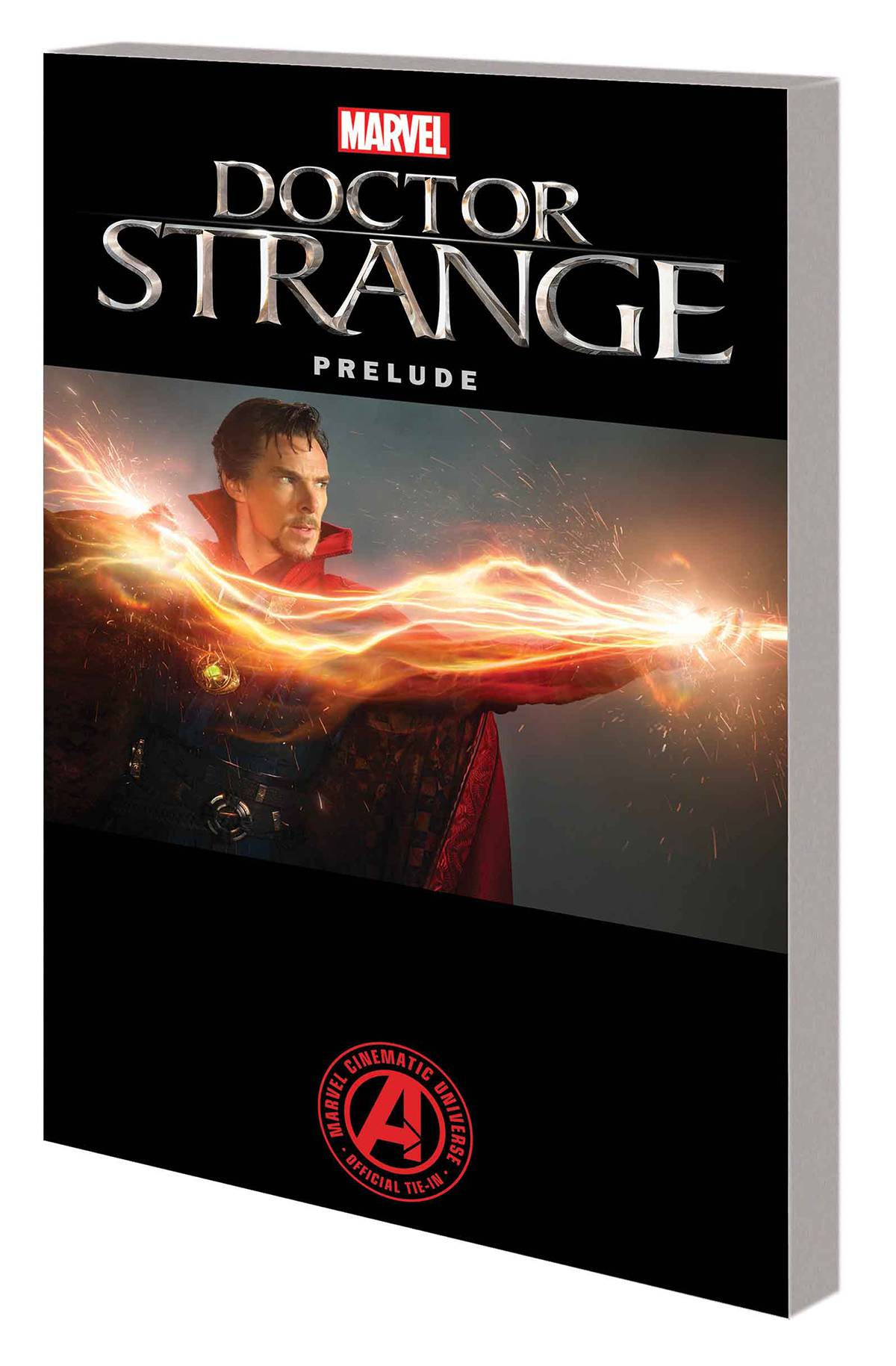 #
JUN160970
(W) Various (A) Various (CA) TBD
The Doctor will see you now! Ahead of the Master of the Mystic Arts' major motion picture, meet the cinematic Stephen Strange - the man who will one day be Earth's Sorcerer Supreme - in this prelude adventure! Plus: magical stories from Doctor Strange's comic-book history, from his sensational origin to his entry into the modern Marvel era! The mysterious Ancient One may have much to teach the wounded surgeon Strange - unless the malevolent Mordo has his way! The Doctor faces the nefarious Nightmare and takes an incredible journey back to the very dawn of time. But when Strange is shot, can the Night Nurse save his life? Collecting MARVEL'S DOCTOR STRANGE PRELUDE #1-2, MARVEL'S DOCTOR STRANGE PRELUDE INFINITE COMIC #1, DOCTOR STRANGE: THE OATH #1, DOCTOR STRANGE (2015) #1, MARVEL PREMIERE #14 and material from STRANGE TALES (1951) #110 and #115.
Rated T+
In Shops: Oct 05, 2016
SRP: $16.99