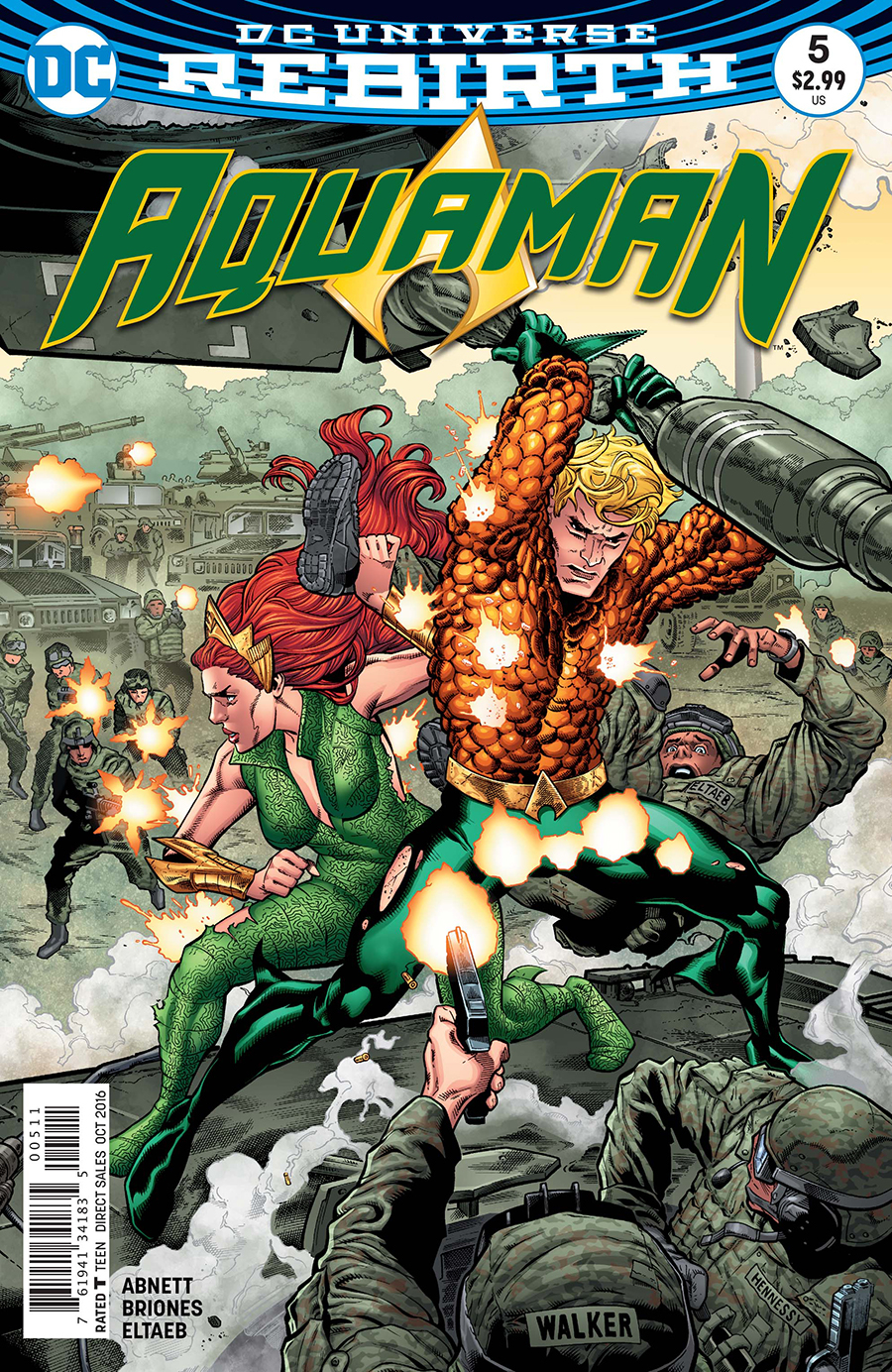 JUN160240
(W) Dan Abnett (A) Philippe Briones (CA) Brad Walker, Andrew Hennessy
"The Drowning" part five. Unjustly branded a murderer and a fugitive, Aquaman's forced to defend himself against the might of America's military. Meanwhile, Black Manta and the deadly underwater crime cabal known as N.E.M.O. advance their plan for revenge on Aquaman.
In Shops: Aug 17, 2016
SRP: $2.99
View All Items In This Series
ORDER SUBSCRIBE WISH LIST