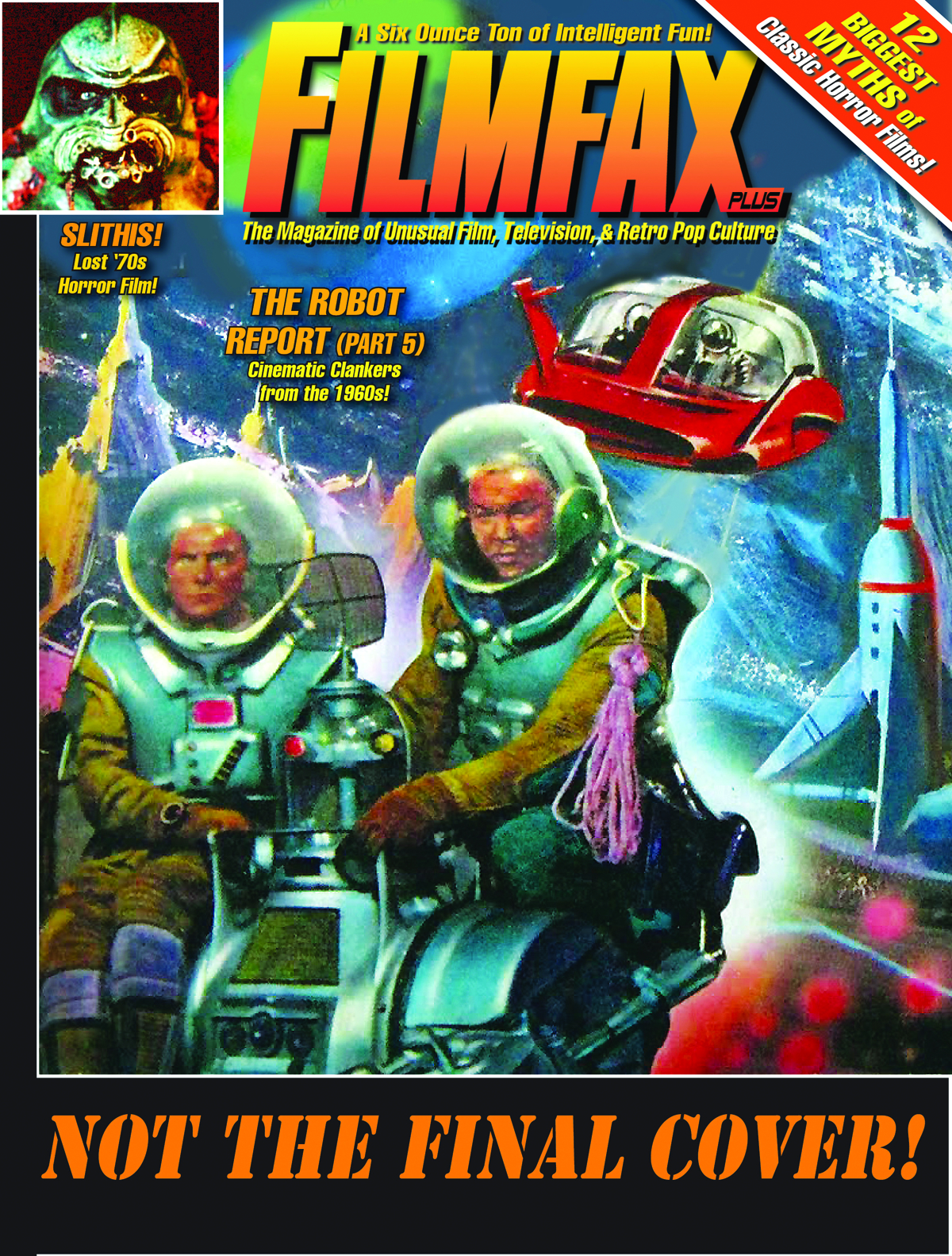 JUN151789
This issue: An interview with Donnie Dunagan, child actor from Son of Frankenstein; Carol Heiss on Snow White Meets the Three Stooges; an interview with "Tor Loves Betty" artist Drew Friedman; "The 12 Biggest Myths of Horror Films" (Part 2); "UFOs Over Hollywood", an interview with UFO Historian Gordon Lore; "The Robot Report": Metal Men in 1960s Cinema and TV; Robots in Pop Music; the making of Wild in the Streets; Slithis: Lost Horror Film from the 1970s; and much more!
In Shops: Aug 05, 2015
SRP: $9.95
View All Items In This Series
ORDER SUBSCRIBE WISH LIST