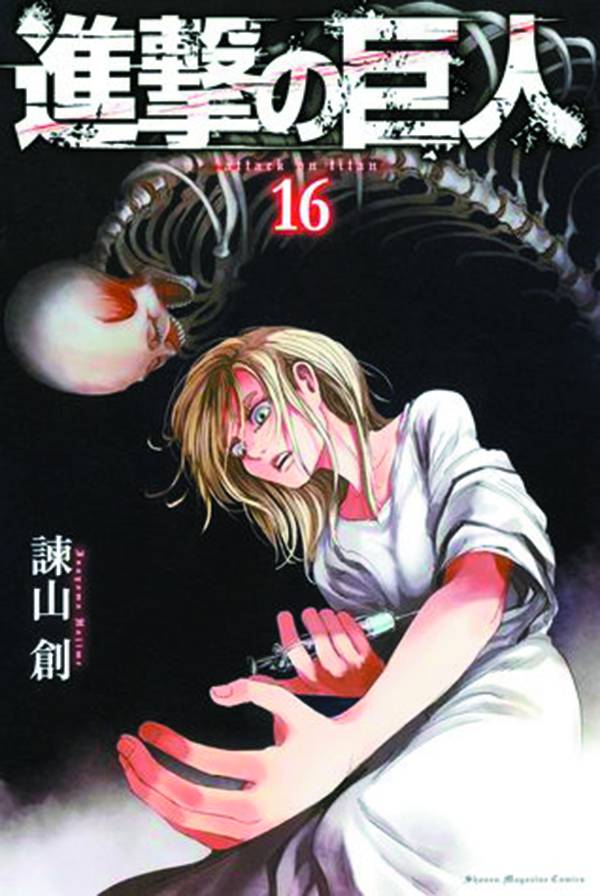 #
JUN151401
(W) Isayama Hajime (A/CA) Isayama Hajime
What was his father's sin? Captured by Rod Reiss, the rightful king, Krista and Eren finally have their memories back. What exactly happened to Eren, and what was the crime his father committed? Meanwhile, the Survey Corps desperately hunts for Eren, while at the same time seeking to legitimize their military coup. As the situation inside the walls comes to a head, the mysteries of the world of the Titans seem on the cusp of being solved at last!
In Shops: Aug 26, 2015
SRP: $10.99
View All Items In This Series
ORDER SUBSCRIBE WISH LIST